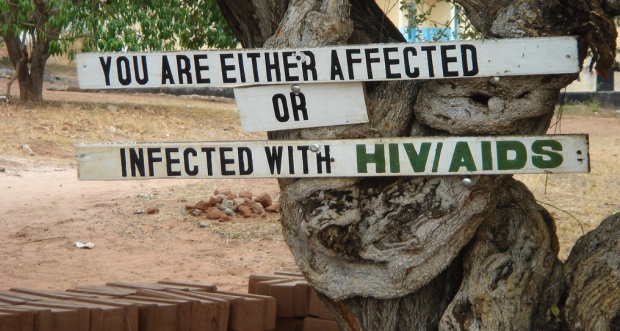 Itâ€™s been 16 years since Thabo Mbekiâ€™s denial of HIVâ€™s relation to AIDS, 15 years since the death of international icon Nkosi Johnson and just over a decade since President Jacob Zumaâ€™s famous shower to prevent contracting HIV. Itâ€™s well known that South Africaâ€™s struggle with fighting the HIV/AIDS epidemic has been a long journey – but how far exactly have we come over the last decade?

The Daily Vox spoke to the Deputy General Secretary of the Treatment Action Campaign (TAC), Sibongile Tshabalala, who helped highlight the progress thatâ€™s been made over the years so we might better understand what lies ahead.

How many South Africans are HIV-positive, and how many new infections are contracted every year?

Although the prevalence of HIV is increasing, the annual number of new infections has been stabilising over the last few years. In the late 90s, over 800,000 people were being infected each year, but by 2006 this number dropped to 420,000 and it isÂ currently estimated to be around 380,000 new infections per year.

â€œBetween age 25 to 40 the number [of new infections] has decreased, but we are still seeing an increased number of young girls between age 15 to 24 [becoming infected]. Although we still see challenges in terms of young people getting infected, the death rate of people living with HIV is stabilising in the country. Itâ€™s no longer like it was before,â€ said Tshabalala.

How many people are dying from Aids?

The number of people dying from Aids-related deaths has been steadily decreasing since 2006. It has dropped from 460,000 deaths per year, to around 180,000. This is mainly due to the greater availability and access to treatment for those with HIV.

â€œWe see more people surviving from their illnesses. 2010 is when our president announced that weâ€™d start a CD4 count [an indication of the health of your immune system]. While we were doing that programme there were a lot of interventions in terms of prevention that were made in the country,â€ said Tshabalala.

One such intervention is post-exposure prophylaxis (PEP) which is a â€œis a short-term antiretroviral (ARV) treatment that reduces the likelihood of HIV infection after exposure to HIV-infected blood or sexual contact with an HIV-positive personâ€. The complementary version of this, PrEP, or Pre-Exposure Prophylaxis, is anti-HIV medication that helps keep people who are HIV negative from becoming infected.

The rollout of ARVs has been slowly increasing over the years. There are currently 3, 710 130 people who are on ARVs in South Africa. While this means that South Africans have access to more ARVs than anywhere else in the world, it also means that only around half of those infected are receiving treatment. Of course, compared to before 2010, the access to ARVs has increased considerably.

Another key development this year has been the Minister of Healthâ€™s announcement that ARVs will be made available through the Universal Test and Treat (UTT) to all South Africans who suffer from HIV. Previously ARVs were made available on the basis of CD4 counts, even then only for certain patients.

“We have, on the basis of research evidence, already removed CD4 count as an eligibility criterion for HIV-positive pregnant women, children under five years of age as well as HIV and TB co-infected patients over the past few years. This new policy extends this to all people living with HIV,” the health department said in September.

Policy advancement to allow better access to treatment is one area where weâ€™ve seen improvement over the last few years. Previously ARVs were a lot more expensive; the cost of one personâ€™s yearly supply is now 50 times lessÂ than it was a decade ago. The increased availability and access to ARVs have literally increased South Africaâ€™s life expectancy compared to 2005.

â€œWhile there are still many administerial issues with making sure every clinic and depot is adequately funded, the rollout of ARVs is taking place in every health facility that is around the country. Unlike before 2005 when there was a long waiting list, even though people were dying because of the numbers, it was a huge issue to facilitate at the time,â€ said Tshabalala.

Currently the biggest issues are the increased incidence of HIV infection among young women between the ages of 15 to 24 and the need for greater preventative measures to address how the epidemic still impacts the youth. With infections increasing, despite the progress that has been made and possibilities opened up by new vaccine trials, the journey ahead in combating Aids still remains a long one.