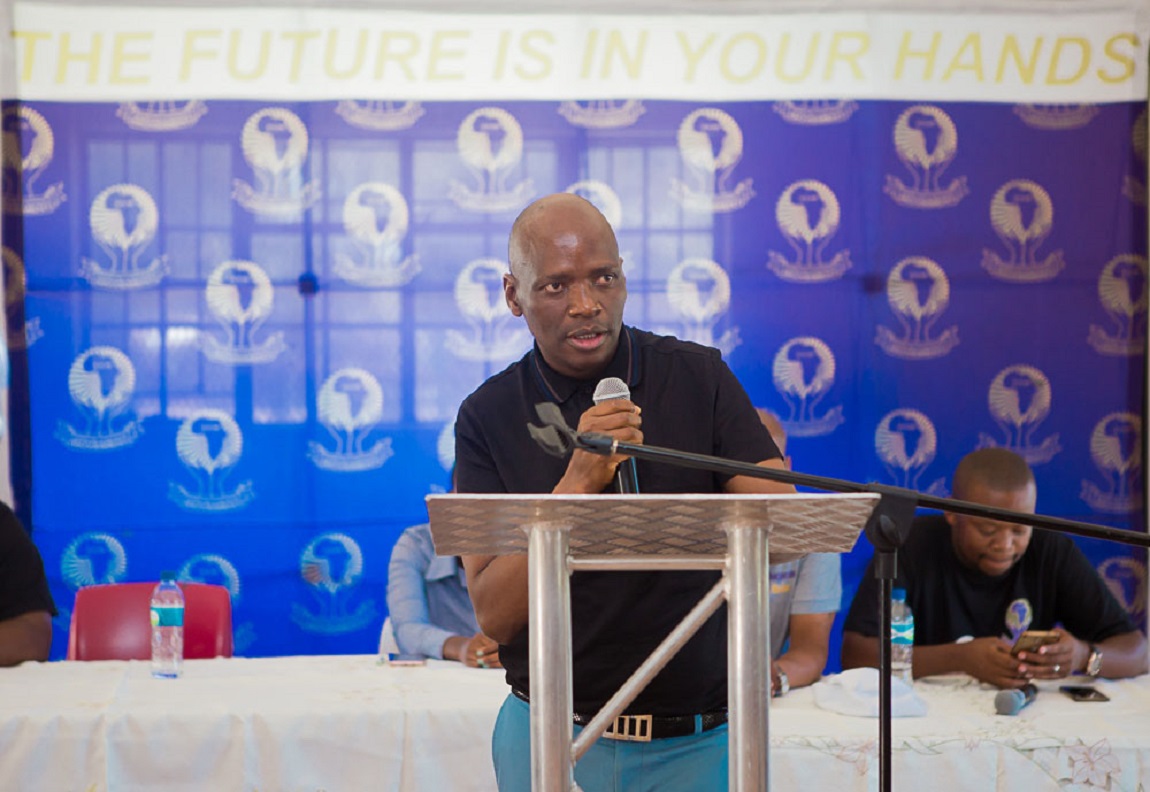 Leader of the African Content Movement (ACM) Hlaudi Motsoeneng says his party will bring some much needed “fresh air” onto the political scene. ACM, launched in December 2018, will be contesting all spheres of governance, starting with the national election on May 8.

Motsoeneng is a colourful, controversial character. He’s been headlining since he was fired as South African Broadcasting Corporation (SABC) COO in 2017. The public protector’s report found that Motsoeneng had lied about having his matric certificate, and did not have the adequate qualifications to hold a senior executive position.

The interim board accused Motsoeneng of ruining the reputation of the SABC and causing irreparable damage.

Under Motsoeneng: the SABC struggled to maintain its independence from the Jacob Zuma-led government, racked up millions in wasteful expenditure, made suspicious deals with Multichoice, and had compromised editorial independence.

The many problems with the SABC and its troubled board

In his last months at the SABC, Motsoeneng banned the broadcasting of protests. His decision to change the broadcaster’s policy to air 90% local content cost the SABC R300 million in advertising revenue. Motsoeneng has been embroiled in legal battles over his dismissal ever since.

About that controversy, Motsoeneng said: “My mess was my decision to benefit people of South Africa. But this doesn’t interfere with his ability to lead the country,” he said.

“I listen to my conscience. The African National Congress (ANC) could not influence me, I influenced myself,” he said. It took some time for Motsoeneng to leave the ANC, which he claims he was a member of, and start his own movement.

The birth of the ACM

“I don’t share the same views as the ANC anymore. I have my own way of seeing things,” Motsoeneng said in an interview with The Daily Vox.

“After realising that the economy is not in the right hands of the majority, black people, we realised that it was very important to start a movement,” Motsoeneng said. The leader said he was also approached by many people who knew his SABC background and what he stands for.

Motsoeneng refers to his party as a movement. “I’m happy I’m not a politician, I’m a servant of the people,” he said. The ACM prioritises the voices of the community, he said. “The power of the party is not within the members, the power is within the community. My movement: we are not going to promise people, we are going to act,” Motsoeneng said.

The ACM’s support is widespread, Motsoeneng said. He is confident in his ability to unseat President Cyril Ramaphosa.

The ACM believes in the people of South Africa

“Firstly, we as South Africans should believe in ourselves,” Motsoeneng said. He said we should believe that we can create opportunities rather than depending on outside investors.

“Our current president is talking about fundraising outside our country, instead of building funding and skills and expertise in our own country so that we are able to run all these countries, these mines,” Motsoeneng said. Investors should be welcomed but not to the point that we create a “lazy nation”, he said.

“We want to create a nation where we are all thinkers. Other countries should come to South Africa and try to copy what South Africa is doing. In South Africa, we are very talented. We just need to install the belief in our people,” Motsoeneng said.

On the youth: tertiary education and employment

The current wave of student protests show the ANC-led government is reactive and not proactive, Motsoeneng said. The ACM has entirely new ways of approaching tertiary education.

Citing his SABC background, he added that experience doesn’t necessarily mean employees are adding value. “If you concentrate on experience, you disallow young people from entering the workforce,” he said.

The ACM also holds that schools should apply for university and accommodation on behalf of students. “When students arrive at university they must just be shown where they’re supposed to be,” Motsoeneng said.

The productivity of the land and racial unity

The ACM’s position on land is tentative. “We always mesmerise people mentally, especially the politicians,” Motsoeneng said about how politicians spout rhetoric about the land issue.

If the ACM takes the helm, they will allocate the government-owned land to people free of charge. The land won’t go to just anybody. Instead, it will be allocated as an investment to those who will use it productively and whose products will benefit the community.

As for removing people from land by force, the ACM does not support that. “We are talking of 100 years history. People staying there now, their forefathers messed up the country. They are going to be punished for their history,” Motsoeneng said. Instead, government should compensate these people and return the land to those who have proof that it belonged to them for free.

The land debate has exposed existing underlying racial tensions in South Africa. Motsoeneng said his movement is non-racial. “We want unity between black and white. All people who live in South Africa, it doesn’t matter your colour, we are all South Africans,” he said. Without forgetting South Africa’s history, the ACM doesn’t want to dwell on it and wants to focus on the future instead.

Land: Why So Afraid Of A Debate?

The movement is targeting all South Africans to form part of its support, including the Khoisan. Motsoeneng said the ACM wants representation in their decision-making bodies as well.

“This issue of women and men is a problem for me,” Motsoeneng said, “I see human beings.” In the ACM, there will broad-scale representation in key positions. Men, women, people with disabilities, people with albinism, gays, lesbians must form part of decision-making bodies, he said. The youth will also occupy key positions in his party.

The ACM because is the only party that will turn the country around, Motsoeneng said. “After 25 years, there is no change. If you want to be part of change, vote ACM,” Motsoeneng said.

The ACM will launch their manifesto in March.

Get To Know Your Ballot Sheet:
The Dagga Party: How Cannabis Can Unlock The Economy To The People

The Land Party: A ‘People’s Dictatorship’ For South Africa

Featured image supplied by the ACM