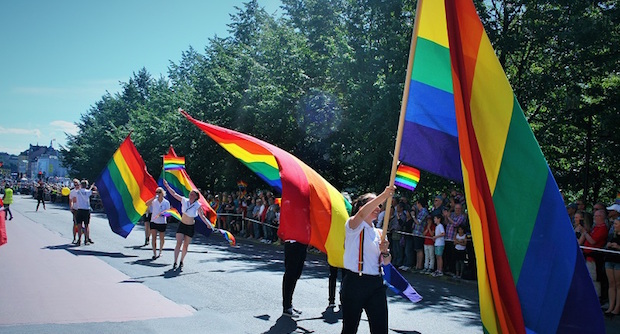 During the 16 days of activism against gender-based violence, homophobic violence is rarely considered to be gendered. This erasure of lesbian women, gay men, trans people and people who identify as non-binary from discussions on gender-based violence shows that we still have a lot of work to do if we are to understand and tackle such violence, writes PONTSHO PILANE.

The term “gender-based violence” paints a very specific picture in most people’s minds – say a blue eye and a busted lip on a vulnerable woman. But gender-based violence manifests in different ways. Gay men are physically and verbally abused daily; lesbian women suffer corrective rape at alarming rates while genderqueer and non-binary people experience various forms of violence for their failure to choose between two prescribed genders.

Earlier this year Gundo Mmbi, a lesbian woman studying at Wits University told me that because of her sexual identity, she lives in constant fear for her safety. “There are specific places I do not go to; I will not go partying in Soweto or in the CBD because those are the places were lesbians get raped and beaten up. Not all spaces are safe,” she said.

Violence against lesbian women is intrinsically based on their gender and sexuality and yet for many people, corrective rape is not seen as a hate crime. In one study conducted in sub-Saharan Africa, over 30% of lesbian and gender non-conforming women had been raped. There have also been at least 31 cases in the last 15 years in which women were subject to corrective rape and then murdered.

It is for this reason that visual activist Zanele Muholi’s work on documenting the violence that black lesbians face in South Africa is powerful. Her work shows how black lesbians are more susceptible to violence simply because of who they choose to love.

“Muholi describes love as threatened by the danger of hate crimes and homophobia in a country where the right to choose one’s sexual partner is constitutionally recognised,” writes Siyasanga Tyali.

This form of violence is gendered and yet we hear little about it during the 16 days of activism for no violence against women and children.

These 16 days, the conversation needs to extend beyond our heteronormative boundaries.

Considering that South Africa was the fifth country to legalise same-sex marriage, the disparities that exist between what our constitution says and the lived reality of non-hetero and non-gender conforming citizens is alarming and calls for us to ask difficult but necessary questions about who we choose to marginalise in society.

It’s not just lesbian women who are confronted with violence because of their sexuality; gay men are also violated for choosing to exist outside of socially prescribed ideas of masculinity.

Earlier this year, 31-year-old Musa Mthethwa told me about the casual threats of violence he’s faced while going about his life.

“One night I was coming from a party and I met a group of men. They said “Masibulale les stabani!” (“Let us kill this gay!”) I have never been so afraid in my life. I ran into the road and a taxi stopped. I pleaded with the taxi driver and he helped me. I don’t know where I would be if he hadn’t shown me such mercy,” he said.

Like Mthethwa, many South Africans who do not conform to heteronormative standards face gender-based violence each day, but they are not prioritised during the 16 days of activism campaign. Again, they are silenced.

Sociologist RW Connell refers to “hegemonic masculinity” – culturally idealised forms of masculinity that are considered socially acceptable – and the idea that anyone who performs masculinity out of these prescribed ideals is considered less of a person.

This hegemonic masculinity is violent and toxic and it should be challenged in order to create nuanced and inclusive ways to tackle gender-based violence.

But if we are to address the gendered violence that plays out in our society each day, we cannot simply erase the violence that is perpetrated against people who are marginalised by heteronormative society and continue with our 16 days of speeches and flag waving.