Home As Told to At Hope Farm, a real-life tale of goodwill has gone up in...
WhatsApp
Facebook
Twitter
Email
Print 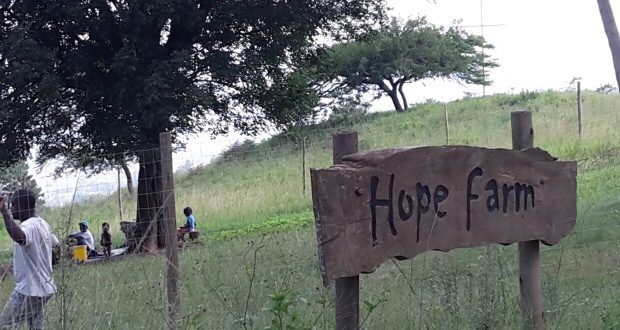 After the April-May 2015 xenophobic outbreak in South Africa, KwaZulu-Natal farmer Andrew Wartnaby assisted 139 victims mainly from DRC and Burundi, by providing them with shelter on his farm. Refugees worked on the farm in exchange for the shelter, but after several months, the relationship has turned sour. After a lengthy period of intervention by various organisations to establish peace at Hope Farm, efforts were made to bring the UNHCR (United Nations High Commissioner for Refugees) on March 1, 2016. Since this meeting, Wartnaby has been adamant that the refugees must leave as they are reluctant to continue working on the farm. At least 101 refugees from the farm were moved to the Shirley Chambers building in the Durban CBD. Others,Â however, remain on the farm. CHINA NGUBANE spoke to Vital Nshimirimana, a refugee at the farm, as well as Wartnaby to establish what exactly happened.

Vital Nshimirimana
We had some problems with Andrew after the meeting with the UNHCR. There was a promise by Andrew that he had a plan for accommodation and everything.

Before we met the UNHCR, we were at harmony and we usedÂ to protect him day and night. He was telling us that he will help us for our resettlement and he promised that he had some people to help us. To our surprise, when we came back from the meeting we realised Andrew had his own plans made secretly on the 29th of Feb â€“ two days before meeting the UNHCR, and Andrew came saying there is no need for us to do the interviews. He told us clearly that we will remain here at the farm doing his business project. We told him that we are here for resettlement, and not for his business. He then said if we want resettlement we must be out of this place. But again he called me separately from the group and he said he will help me to go somewhere. I donâ€™t want him to help me alone and he wants to now create a situation where I will fight with my people again.

Andrew was also hiding us from the public eye; he was lying when he told everybody that we donâ€™t stay here (at his farm) and that he arranged accommodation for us somewhere. This has now become clear that Andrew had no plan to help us integrate, but that he had a plan to use us as slaves. We are sick and hungry but we are forced to dig a river and build a dam, and fix his property. We were ordered to clean all the shit from the six mobile toilets that were used by the “bottom group” [others living on the farm]; we cleared all the rubbish, burnt it and made the farm a habitable place. We have built stone structures at this farm; something the farmer will treasure for life.

We are not happy about all this. We want to tell everybody that what Andrew was saying and what he is now doing is different. His intention was to make business out of us. Because we are now refusing, he wants the name of all refugees to be known in a wrong way. He is telling people on social media that we are damaging his farm, that we are lazy, and telling lies about us. We are worried about this because we are not damaging his farm; in fact we are working on this farm, and by doing so we are adding value to the farm.

One month has passed since we last met the UNHCR and we are doing big work here; fixing his property and cleaning. After we did all his important work he is now telling us to go and that he is no longer giving us food. The whole month we have had no proper food and now, for a week, he is not willing to feed us and he is saying we must go out. Five people are lying limp because of hunger and some are sick and Andrew is not willing to help send these people to hospital, saying that he has no money for petrol. We asked for someone to send us money so he can put fuel into his car. Our problem is that after he received the money he went out for holiday with his family, and took the person to hospital after he came from holiday.

We will not leave until we tell the world that this man is a crook and that he wanted us just to serve his business interests. And by chasing us out it, contradicts everything that he has been saying. But we have aÂ shortage of food, we are not eating, and we have small children. We usually get food support in the form of expired bread from Spar supermarket, and we donâ€™t receive all of it; Andrew gives the food to his children (orphans) first, and then he give us whatâ€™s remaining. We are pleading for food support, especially for children.

We now know all of Andrewâ€™s tricks. He wants to create the impression that we are bad people. We will not fight him, we will remain calm, but we are ready to challenge this prejudice and the world must know that this is a very bad person.

Andrew Bartnaby
Refugees really want resettlement and to do that they have to leave the farm. They got upset about that and other small issues. This has nothing to do with me; itâ€™s just a fact and itâ€™s not going to change. There is plenty of food here but for the past few days, they just chose not to eat it. They are just disappointed at me because I failed to provide them with resettlement. That was not the agreement – the agreement was that they must leave on the 1st of March; since then they have been here voluntarily and now they must leave.

They were complaining that there is no sugar; I have no money to buy sugar. The UNHCR have been phoning me asking for their phone numbers. I have been told that if they are staying at the farm then the UNHCR interviews will not be able to take place. If they want resettlement, they need to get out of this farm and then they will be interviewed.

These migrants have been staying on this farm for free. They were doing some work in return for accommodation because they didnâ€™t have anywhere to go. I donâ€™t have any money and we have some small donations coming in and Iâ€™m not dealing with refugees anymore. They must leave; itâ€™s over. I have to be a little bit tough, and I chose to say that they must take aÂ decision now. If they donâ€™t want resettlement then I am happy to have them here as volunteers. The fact that the UNHCR is not accepting Hope Farm as an address is not my decision or fault.

They are not destroying the farm, but they are causing damage. All this has a cost to me and we actually have to share some responsibility for what happened. They need to leave as soon as possible. There is a lot of mealie meal, but we donâ€™t have a lot of luxuries. The refugee issue is over and I donâ€™t want to get back to a situation of a refugee camp where people begin to bring food and donations.

They have a legal representative who should be actually helping them with regard to integration and they mustnâ€™t hold me accountable for that. I accept them as volunteers; if they are no longer volunteering, then I expect them to leave.