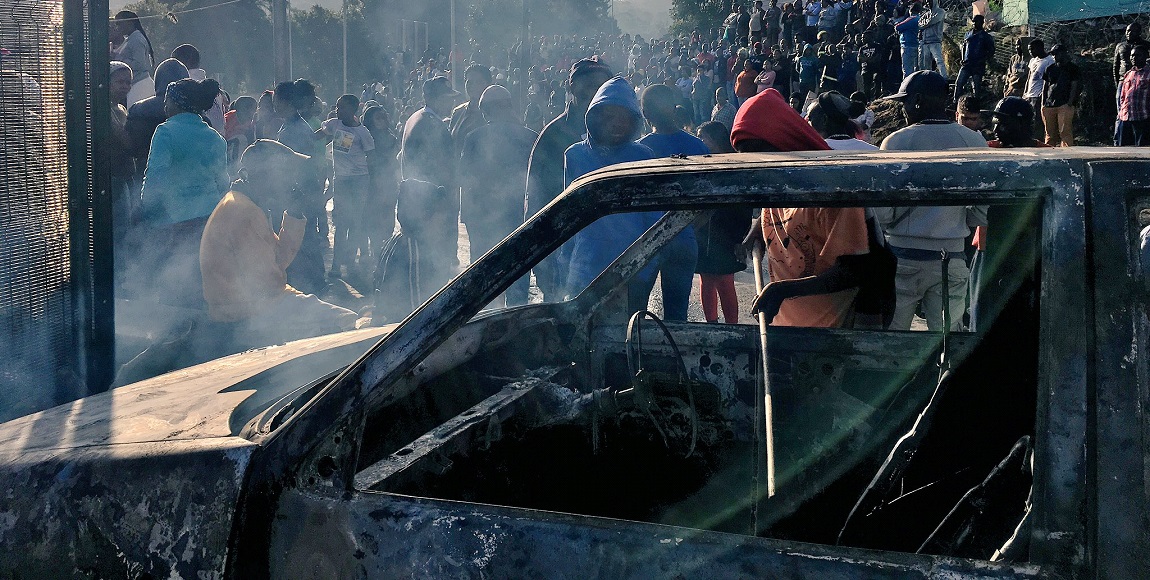 Over the past three days, the area around the informal settlement of Imizamo Yethu in Hout Bay, close to Cape Town has seen tremendous upheaval.Â Cars were overturned, tree trunks and Â corrugated iron from temporary settlements were dragged onto the streets as residents continue to accuse the City of Cape Town of ignoring their needs. But this story is not new.

The residents of the Imizamo Yethu informal settlement, many of whom have been displaced since a fire in March destroyed their homes, say the City of Cape Town is not taking them seriously. They say they are tired of waiting for the city’s authorities to provide basic services.

On Monday morning, for the third day in a row, residents barricaded roads in Hout Bay to express their discontent.Â Building materials and steel sheeting were placed on the streets. Windows were smashed and vehicles were overturned during the protests.

Patricia De Lille, mayor of the City of Cape Town, originally said that she would meet with the residents to discuss their issues. She was later advised by the police that the situation is too volatile and that she should leave. She did however manage to address the crowd.

De Lille said in a series of tweets that fixing the informal settlement remained a priority for her office and that the community had direct access to her if they needed to raise concerns.

Nevertheless the protests continued during the day.

Police were sent in and looked to disperse the crowd using stun grenades, tear gas, and rubber bullets. Police said four men were arrested for public violence and will appear in court once charges have been made.Â A man was shot in the chest during the protests. It is unclear if he shot by the police or by protesters. According to various media report, the unidentified man is in critical condition at the Victoria Hospital in Wynberg. The City of Cape Town said it would be reblocking the informal settlement.Â Reblocking,Â or the rearrangement of informal homes, involves dismantling structures, widening the spaces between homes and rebuilding them with inverted box rib galvanised steel sheets, which are fire resistant.

Residents say that the reblocking process was meant to take three months. After the fire, residents of the informal settlement were moved to temporary units built on a local sports field. They have stayed there since. Residents say the temporary units are cold and damp and dangerous. They are also living precariously without electricity.