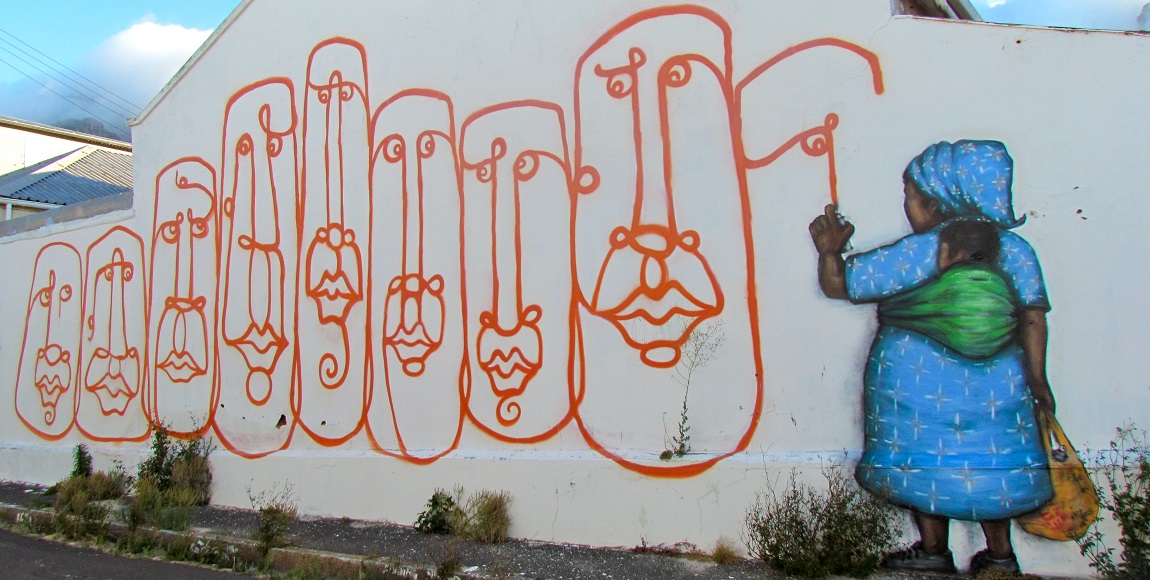 When we consider ways to initiate social change we frequently favour legislative changes and enactments. We think of political activism and agitation as mechanisms of social justice. We emphasise fundraising and other forms of financial assistance. We volunteer our time and services for the greater good, confident that it will make a dent in the numerous social challenges our society faces. While this is necessary, we are overlooking something, writes DANIELLE HOFFMEESTER.

We seldom think about the arts and the imperative role it plays in breaking social barriers and bridging socially constructed differences. For many, art – in whatever form it appears – is an often elite and esoteric concept that has little or no space within social change dialogues. Art is widely considered a luxury that privileged people have and can engage with.

We forget that art allows us to transcend the parameters of what we currently know or think, that art can be used as a way for us to interrogate our current beliefs, and spark new ideas and critically examine our world. Art nurtures and stimulates our imagination, and unleashes creativity and innovation. Art connects across cultures and engages our shared values. In an age where language is increasingly problematised for its tendency to exclude and isolate, the arts provide us with a universal language that resonates at a powerful emotional level and communicates to our shared humanity.

Art can galvanise people to re-imagine and re-engineer alternative visions for the future, and propel new and enthusiastic action. The arts can mediate expression to unburden ourselves of the albatross that hooks its weight onto our necks and weighs us down. Arts and culture- through music, painting and storytelling – played an integral role in resisting apartheid. Consider Thamsanqa â€˜Thamiâ€™ Mnyele whose works, infused and informed by the Black Consciousness Movement, dealt significantly with the emotional and human consequences of apartheid oppression against black bodies.

Or Mongane Wally Serote whose poetry gut-wrenchingly captured the brutality of the apartheid regime and held up a mirror to society asking it to face the inhumanity of its socio-cultural, political and economic injustices.

Art continues to play an important role in contemporary South Africa. Our challenges are entrenched and the trauma of our past is deeply seated within us. We can utilise art to engage with our struggles and one another in our endeavours for social change and justice. Even globally, the meaning and power of a Hollywood blockbuster in Black Panther, poignantly demonstrates the power of art in affirmation, representation, and belonging in ways that cannot be neatly measured, counted, and weighed.

Activists who agitate for social change and justice must include arts into our existing advocacy efforts. One of the primary steps in any strategy for social change is to raise awareness; it is borne out of the rationale that a problem cannot be solved unless there is wide acknowledgement and comprehension of the problem. Social awareness can be instigated through art by bringing to attention the challenges societyâ€™s most vulnerable face in ways that will connect with the audience on an emotional level – the place where beliefs and attitudes are formed and changed.

Last year, after the emergence of gross stories of gender-based violence in the media, the Institute for Justice and Reconciliationâ€™s gender justice project approached four individuals of varying gender and sexual identities to tell their stories through film. These films reflect the intersectional nature of gender and the various manifestations of gender injustice and discrimination. Most importantly, it recognises and celebrates the attempts that are made by community activists to create more gender just spaces. The Institute, in collaboration with the Canada Fund for Local Initiatives, acknowledges and understands that film is an influential medium of communication; it appeals to and stimulates both our visual and cognitive faculties. Storytelling through compelling film both educates and informs our activism, and promotes understanding, tolerance and respect. It gets us to think critically about our ideals, beliefs, and opinions towards a particular issue. These films, specifically, allow its participants to express themselves by sharing their stories and experiences and allowing others to gain new insights. And it has enabled us to confront difficult issues in brave ways â€“ exploring how we can reconcile religion and faith with gender identity and sexuality, for example.

On its own, art can be a powerful way of driving social change but it cannot be assumed that art alone can tangibly bring about change. Art is not expected to change practical things but to change perceptions; to challenge the way we perceive and respond to issues. Art can indirectly mobilise and empower the most vulnerable members of society. Good art can educate and stoke empathy, and empathy leads to change.

Danielle Hoffmeester is the project officer for the gender justice and reconciliation project at the Institute for Justice and Reconciliation.