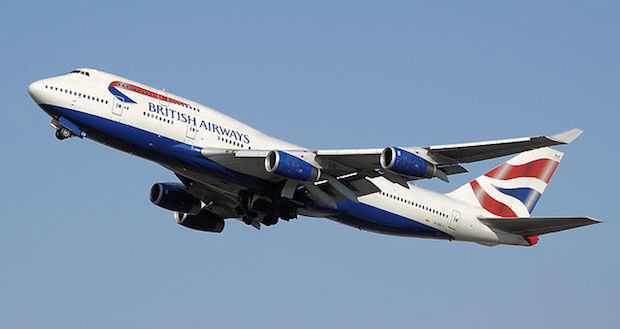 Last week two men stowed away on a British Airways Boeing 747 flying from Johannesburgâ€™s OR Tambo Airport to London Heathrow. One man died and the other barely survived. The incident shocked the world but desperate people take desperate measures every day in the hopes of escaping to a better life. Here are six ways people have tried to get to another country.

1. Paying a trafficker to get you somewhere
Each year thousands of people risk their lives trying to cross the Mediteranean in overcrowded and unseaworthy boats and dingies leaving from North Africa. The BBC estimatesÂ that some 3,400 migrants died trying to make the crossing last year.

But this year in April alone, 11,000 people made the crossing and a reported 1,000 people died trying, leading Doctors Without Borders (MSF) to warn that the Mediterranean was becoming a mass grave.

2. Hiding in an aeroplaneâ€™s wheel well
News reports of people stowing away on planes, usually in the wheel well, surface every year or so. The wheel well, which is not pressurised or insulated, makes a poor hiding place and most stowaways die during the flight. Those who survive can suffer frostbite from the cold and brain damage from the lack of oxygen at high altitudes.

3. Hiding in a freight container
People seeking to enter a country illegally have been known to stow away in containers aboard trucks, ships and ferries. The danger with this that containers are poorly ventilated and not temperature controlled, leaving those inside subject to dehydration, heatstroke or hypothermia.

4. Trainhopping
Trainhopping goes back to the early days of rail transport and is still common today but usually people just hitch along for short rides. In 2012, National Geographic reported a case in which US border-control police at Nogales, Arizona, apprehended a man who had travelled from Honduras â€“ 4000km away â€“ before being found clinking to the undercarriage of the train. Train hoppers risk death, injury or even electrocution if they fall from the train carriage.

5. Stowing away on a ship
Stowaways on ships and ferries are also not uncommon. When discovered stowaways are searched, interrogated and then confined to a cabin for the duration of the journey â€“ this could mean months confined to a single room below decks. When the ship docks, the stowaways are handed over to immigration officials for deportation. But there is always the danger of being caught up in the shipâ€™s machinery, finding yourself stranded in a strange land, or meeting some ill fate with no one the wiser.

6. Turning yourself into luggage
And then there are the extreme cases. Earlier this year, an Ivorian man allegedly paid a Moroccan woman to smuggle his 8-year-old son into Ceuta, a Spanish enclave in North Africa, inside a suitcase. The boy was discovered when border control X-rayed the suitcase. He was later reunited with his parents, but itâ€™s unclear whether he will be allowed to remain in the Spanish territory. His journey, however, was nothing compared to what Welshman Brian Robson put himself through back in the â€™60s â€“ posting himselfÂ from Australia to the UK in a packing crate, and getting lost en route.