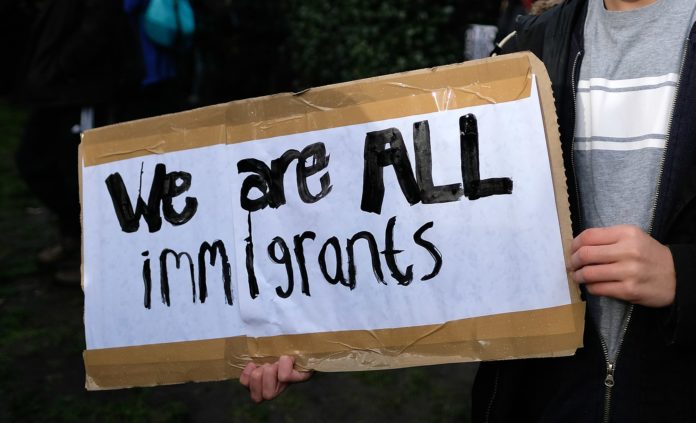 Ever since 2008, there has been periods of xenophobic violence against black foreign nationals and immigrants in South Africa. Many locals blame immigrants for high crime, unemployment and the ineffective immigration regime. These are a set of stereotypes too often reiterated by politicians as well.

The OECD-ILO report: “In contrast to popular perception, immigration is not associated with a reduction of the employment rate of the native-born population in South Africa, and some groups of immigrants are likely to increase employment opportunities for the native-born. In part due to the high employment rate of the immigrant population itself, immigrants also raise the income per capita in South Africa.”

However, at the sub-national level, the presence of immigrant workers has both negative and positive effects on the native-born population in South Africa. It was concluded further in the report that the presence of “new” immigrants, who have been in South Africa for less than ten years, increases both the employment rate and the incomes of local workers.

A World Bank study highlights data that shows immigrants and locals may hold jobs that complement each other, rather than compete with one another. According to the study, immigrants are more likely to start businesses, which, if successful, increase opportunities for locals while contributing to the country’s economic growth.

Moreover, the evidence suggests that immigrants do not necessarily compete for the same jobs as South Africans. This is in line with South Africa’s critical skills-based immigration policies, but also the “backdoor” phenomenon, by which immigrants are allowed to enter to fill informal sector or low-skilled jobs, but only on a temporary basis and with little job protection.

Immigrants also have a positive net impact on the government’s fiscal balance. This is due to the fact that they tend to pay more in taxes, especially in income and value added taxes. In 2011, the per-capita net fiscal contribution of immigrants ranged between 17% under the average cost scenario and 27% under the marginal cost scenario. On the other hand, the native-born population in South Africa, contributed -8% under both scenarios.

The OECD Migration Policy Debates said: “Understanding these impacts is important if our societies are to usefully debate the role of migration. Such debates, in turn, are essential to designing policies in areas like education and employment that maximise the benefits of migration, especially by improving migrants’ employment situation.”