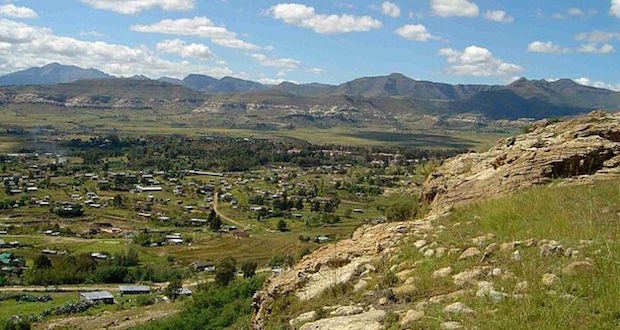 Lesotho, the mountainous landlocked kingdom, with a shaky political history stretching all the way back to its independence 50 years ago, is in turmoil. Late last month President Jacob Zuma described the security situation in Lesotho as â€œexplosiveâ€ and dispatched Deputy President Cyril Ramaphosa to Maseru mediate among the countryâ€™s political elites.

Here are five things you need to know about the little kingdom inside our borders.

1. A history of instability
Lesotho has never had what you could call a thriving democracy â€“ election violence and assassination attempts are par for the course. Despite a peaceful handover of power from longtime Prime Minister Pakalitha Mosisili to democratically elected Tom Thabane, and the formation of a coalition government in 2013, the country has been on the brink for months. Thabane was accused of using an anti-corruption drive to carry out a witch hunt against members of the previous regime and the countryâ€™s legislature was notably shut last June amid dwindling political alliances and fears of a coup. 3. Mosisili returns
Ramaphosa managed to secure a new deal which involved bringing elections up more than two years, to March, and temporarily exiling Kamoli to South Africa.Â As if 15 years at the helm werenâ€™t enough, Mosili was re-elected as prime minister in a snap election held this March. High up on his agenda was a review of the countryâ€™s constitution.Â He also fired Mahao and, despite accusations that he had detained, questioned and physically abusing soldiers loyal to Mahao, reinstated Kamoli as leader of the army.

4. Political hostility and alleged assassinations
Political hostilities have since increased, and there have been rumours of plans to assassinate opposition leaders. The leaders of the three main opposition parties â€“ the All Basotho Convention (ABC), Reformed Congress of Lesotho (RCL) and Basotho National Party â€“Â fled to South Africa after RCL leader Keketso RantÅ¡o was attacked in her home by unknown men.Â Things came to a head once again this June when Mahao, the former army commander was shot and killed, allegedly by soldiers in the Lesotho Defence Force. This came just a month after a friend of Thabane, who also funded the ABC, was killed by unknown gunmen.

5. Mistrust of South African Â negotiators
In addition to Ramaphosa, Zuma, as SADC security leader, has sent a fact-finding team to investigate the political and security situation in Lesotho. Ramaphosa, however, has been met with hostility and sources say Mosilili is sceptical about South Africaâ€™s intentions.

Itâ€™s unclear how the crisis will end. The capital city of Maseru came to a standstill on Monday, with businesses closing doors and streets left empty, following calls from the three opposition parties for a mass stay-away. Meanwhile Lesothoâ€™s opposition parties have told the fact-finding team that Kamoli must go if there is to be peace.