Home Reporters' Notebooks How many hoops must African students jump through to study in South...
WhatsApp
Facebook
Twitter
Email
Print 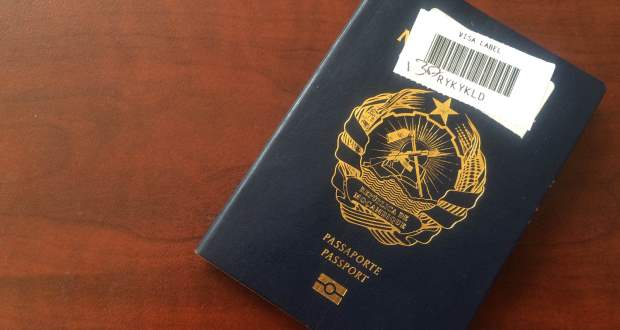 To get into a South African university isnâ€™t easy, but it becomes even more difficult if you come from another country. DANA DA SILVA recounts the stress of applying for a studying permit in South Africa.Â

I am a Mozambican who has been living and studying in South Africa for many years. I completed part of primary school and high school here, as well as obtaining a degree at Wits University.

For those of us who come from another country, getting accepted into these institutions isnâ€™t the only thing you need to worry about. Coming from a SADCÂ (Southern African Development Community) country, or from anywhere else in the world, you need a study permit to be in SA. Applying for this permit is one of the most stressful processes you will ever go through as it requires mountains of documents and the patience to stand in lines for hours.

By the way, this is how Home Affairs minister, Malusi Gigaba, responded to someone on Twitter when they asked about study permits for international students. Awkward.

Among the documents that you need for your application for a study permit is a letter of acceptance from your academic institution or university. These letters are only issued at the end of the year, which is problematic as some of the other documents such as police clearance certificates can take weeks or even months to get. This process generally takes about 4-6 weeks, so if you received a letter of acceptance in November, even if you apply immediately for police clearance, you can only apply for a study permit in January… and classes begin at the start of February.

If you have studied in South Africa for more than 12 months (Iâ€™ve studied here for over 12 years), you need a police clearance certificate. There is only one office that processes police clearances in the whole of SA, and it is in Pretoria. If youâ€™re lucky enough to be close to Pretoria, and you have a car, you can drive there to submit your application. If not, then you have to take your chances with the Post Office or a courier.

The list doesnâ€™t end here. To accompany your acceptance letter and police clearance you need:
(1) A letter providing proof of residence (like placement in a university residence);
(2) A Mozambican Police Clearance, which costs around 500-700 Metical or R190-R270. It must also have been translated by an official translator into English;
(3) Proof of health insurance from a South African insurer;
(4) A medical certificate saying that you are in good health;
(5) A radiological certificate (an x-ray) showing that you donâ€™t have TB;
(6) A letter from your parents saying that they will financially support you while youâ€™re in South Africa, (accompanied by a photocopy of their IDs and copies of their bank statements for the last 3 months) or other proof of financial support such as a bursary; and
(7) An unabridged birth certificate.

But wait, there’s more! Once you finally get all these documents, only then you can go to the South African embassy in your country to apply for your permit. In Maputoâ€™s South African embassy, if you want to be first in line you have to be there by 6am or earlier. Then you wait until the place opens at 8am (which it normally doesnâ€™t).

When the doors finally open, everyone rushes to get inside; sometimes you need to fight with people to keep your place in line. Once you make it inside, you still have to wait for the civil servant to come to their window – which can take another 30 minutes. Finally, after youâ€™ve waited in the hot room for an hour or so, squished against people who are just as anxious as you are, you get to the front.

The civil servants normally have blank, unfriendly expressions, and seem unhappy to help you. Once youâ€™re at the front, you have to hold your breath as they will likely tell you that youâ€™re still missing this or that document. So after wasting a day in line you need to leave to get those missing documents. You go back the next day thinking that you have everything, even checking the list they gave you. So you sit in line again for hours, just so they can tell you something else is missing, such as a letter from your real estate agent showing proof of residence.

You go home and compile the missing papers, on the verge of a nervous breakdown. Going back again the next day, you hope that by some miracle you have everything. But it turns out that your South African police clearance still hasnâ€™t been released yet, so the attendant doesnâ€™t want to take in your submission. To apply, you need both a Mozambican and South African police clearance – the Mozambican one takes between 1-2 weeks to get while a South African one takes over a month.

So you go there the next day trying to submit – again – and they finally accept your submission. After waiting five days for your study permit you finally pack your bags and head to South Africa to register for university, thinking that the nightmare is finally over.

But. It. Isnâ€™t. What awaits you are long lines at the international office, the fees office and the registration station. All of which also ask for more documents, most of which deal with proof of acceptance and payment. On top of that, to be able to register, you need to pay half of your course fee upfront, which costs more than what South African students pay. My parents are middle-class, with my sister and I having studied at university at around the same time, so for them it wasnâ€™t as easy to put that money together. As for other international students who arenâ€™t as fortunate as we are, Iâ€™m not sure how they would cope.

Finally, after weeks and sometimes months of jumping through hoops, you are finally registered and ready to study! Even if your nerves are frazzled and your stress levels through the roof, you thank your lucky stars, knowing you are one of the lucky ones who made it through the unending, unfriendly, bureaucratic maze.

Mido Macia and how SA became desensitised to police brutality