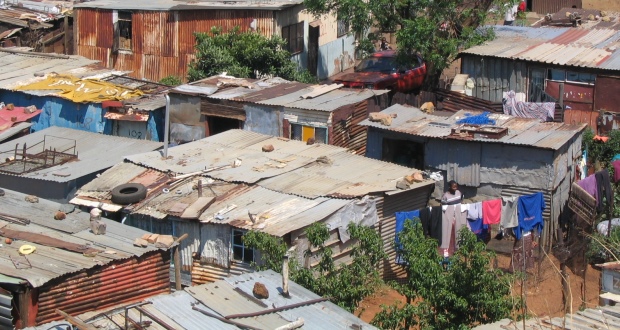 A new report released by Oxfam highlights the scale of the crisis of global inequality.Â The richest 1% now have more wealth than the rest of the world, combined. Moreover, Oxfam says, power and privilege are being used to skew the economic system to increase the gap between the richest and the rest. And in South Africa, the challenges of inequality are particularly fraught. MBALI ZWANE takes us through the report. Â

According to the Oxfam report, titled, â€œAn Economy for the 1%â€, a global network of tax havens further enables the richest individuals in the world to hide a staggering $7.6 trillion. We donâ€™t even know how many zeroes that would make in rands.Â But itâ€™s the crippling effect of this tax avoidance scheme that is especially worrying.

Oxfam has calculated that:

â€¢ Meanwhile, the wealth of the bottom half fell by just over a trillion dollars in theÂ same period â€“ a drop of 41%.

â€¢ Since the turn of the century, the poorest half of the worldâ€™s population hasÂ received just 1% of the total increase in global wealth, while half of that Â increase has gone to the top 1%.

As wealthy individuals and companies play hide and seek with their money, governments outside tax havens are forced to lower taxes on businesses and on the rich themselves. And when taxes go unpaid, public services are curtailed. â€œIt also means governments increasingly rely on indirect taxation, like VAT, which falls disproportionately on the poorest people,â€ says the report.

Tax avoidance is a problem that is getting worse.

The huge sums of money that developing countries lose every year because rich individuals and companies hide money in tax havens can go some way towards ending inequality, by implementing certain policies.

Oxfam is calling on world leaders and attendees of the World Economic Freedom to end tax havens as a priority. And it certainly isnâ€™t very complimentary about the Davos meeting. According to Oxfam, â€œThe WEF will meet from January 20 to 23 to insulate its participating elite business and state managers from the people of the world.â€

The urgency of the need for interventions against inequality has intensified. The richest 1% are said to have accumulated more wealth than the rest of the world combined.

This is not the first report from Oxfam to highlight the scale of inequality in the world.

Oxfam released the â€œEven It Upâ€ report two years ago in an attempt to call on the end of extreme inequality.

Oxfam is urging the 1% to be reminded of the human consequences of their economic decisions, through remedial policies and interventions. In pursuit of these objectives, Oxfam has decided to release a follow up report on inequality to coincide in time and space with the World Economic Forum.

When he spoke in Johannesburg last year, rockstar economist Thomas Piketty said, â€œOf course now we are 25 years after the fall of apartheid â€¦ [but] inequality is not only still very high inÂ South Africa, but has been rising and in some ways income inequality is even higher today than 20 years ago.â€

Almost a third (30%) of rich Africansâ€™ wealth â€“ a total of $500bn â€“ is held offshore in tax havens. It is estimated that this costs African countries $14bn a year in lost tax revenues. And according to Oxfam, this is enough money to pay for healthcare that could save the lives of 4 million children and employ enough teachers to get every African child into school.

South Africa is touted to be one of the most unequal societies in the world. In 2014, economic inequality was found to be worse than at the end of apartheid. And according to Oxfam, two white men, Johan Rupert and Nicky Oppenheimer, owned the same amount of wealth as half the population, who were all black and majority women.

The race and gender hierarchy of apartheid, which had placed black women at the bottom of society, has survived almost undisturbed. And as Oxfam rightly points out, growing economic inequality is bad for us all â€“ it undermines growth and it hampers social cohesion. And it is the poorest people who suffer the worst consequences.