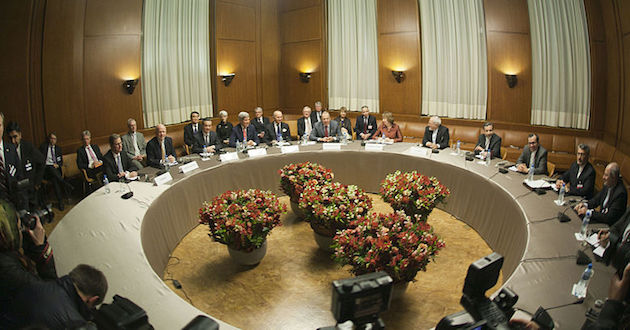 An historic dealÂ that would raise sanctions on Iran in exchange for limitations on its nuclear programme has been agreed in Vienna. The deal comes after a 12-year standoff and 17 days of tense negotiations between Iran and the P5+1 group, which includes the US, UK, France, China, Russia and Germany. The DAILY VOX TEAM looked into how South Africa might be affected by the deal.

1. The oil price
News of the nuclear deal with Iran prompted a drop in already low oil prices on Tuesday. Ebrahim Deen, a researcher at the Afro-Middle East Centre, said that depending on exchange rate, petrol prices could plummet between R1 and R2 per litre.

2. Big business in Iran
With sanctions lifted, South African companies that have invested in Iran would be able to operate with greater ease and so make more profit. MTN for example, which owns 49% of the countryâ€™s second-largest cellphone operator IranCell, recently said it could stand to repatriate up to $1-billion in loan repayments from Iran if a deal is struck.

3. The arms industry
The countryâ€™s arms industry could also benefit if South Africa is able to sell military equipment to the Iranian army, which is the fifth most powerful in the Middle East. Not that manufacturing arms or military equipment is anything to scream about, but growth for South African industries could lead to further jobs at home.

4. Foreign investment in South Africa
Iran has a sound economy, though one thatâ€™s been troubled by sanctions. Ending sanctions could help Iranâ€™s economy stabilise â€“ good news for them, but potentially bad news for us, according to Deen, who believes this could prompt an outflow of foreign investments from South Africa. “Companies looking to invest in South Africa would rather invest in Iran, because Iran has a more wide economic development and infrastructure.

5. South Africaâ€™s diplomatic stance
South Africa has long backed Iran’s right to harness nuclear energy for peaceful purposes but, if the leaked spy cables are anything to go by, the country was still pressured by the US into keeping an eye on suspected Iranian agents in the country. Independent analyst Tom Wheeler, however, says SAâ€™s relations with the US will be unaffected by the deal because thereâ€™s no reason for it to disagree with current negotiations.

6. Relations with Israel
Israel, which is rumoured to have a nuclear weapons programme of its own, has vehemently opposed the negotiations and Prime Minister Benjamin Netanyahu described the deal as â€œa bad mistake of historic proportionsâ€. South Africaâ€™s support for the negotiations, however, isnâ€™t likely to disrupt its ties with Israel.Â â€œItâ€™s a fairly fraught relationship anyway,â€ Wheeler said.

While the deal does not necessarily mean Iran will suddenly be embraced by the world, Deen said, the easing of sanctions would mean more economic and political stability for Iran, and in the long run, a more sustainable and peaceful Middle East.

– Featured image by US Department of State, via Wikimedia Commons.