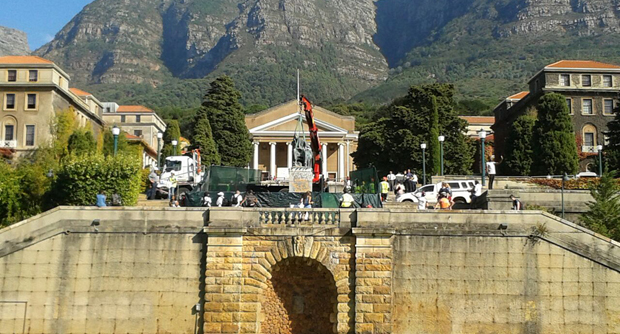 After weeks of debate, protest and demonstration, a removal crew overseen by a heritage architect appeared at the University of Cape Town (UCT) on Thursday to effect the temporary removal of the statue of Cecil John Rhodes that sits between the universityâ€™s upper and lower campuses.