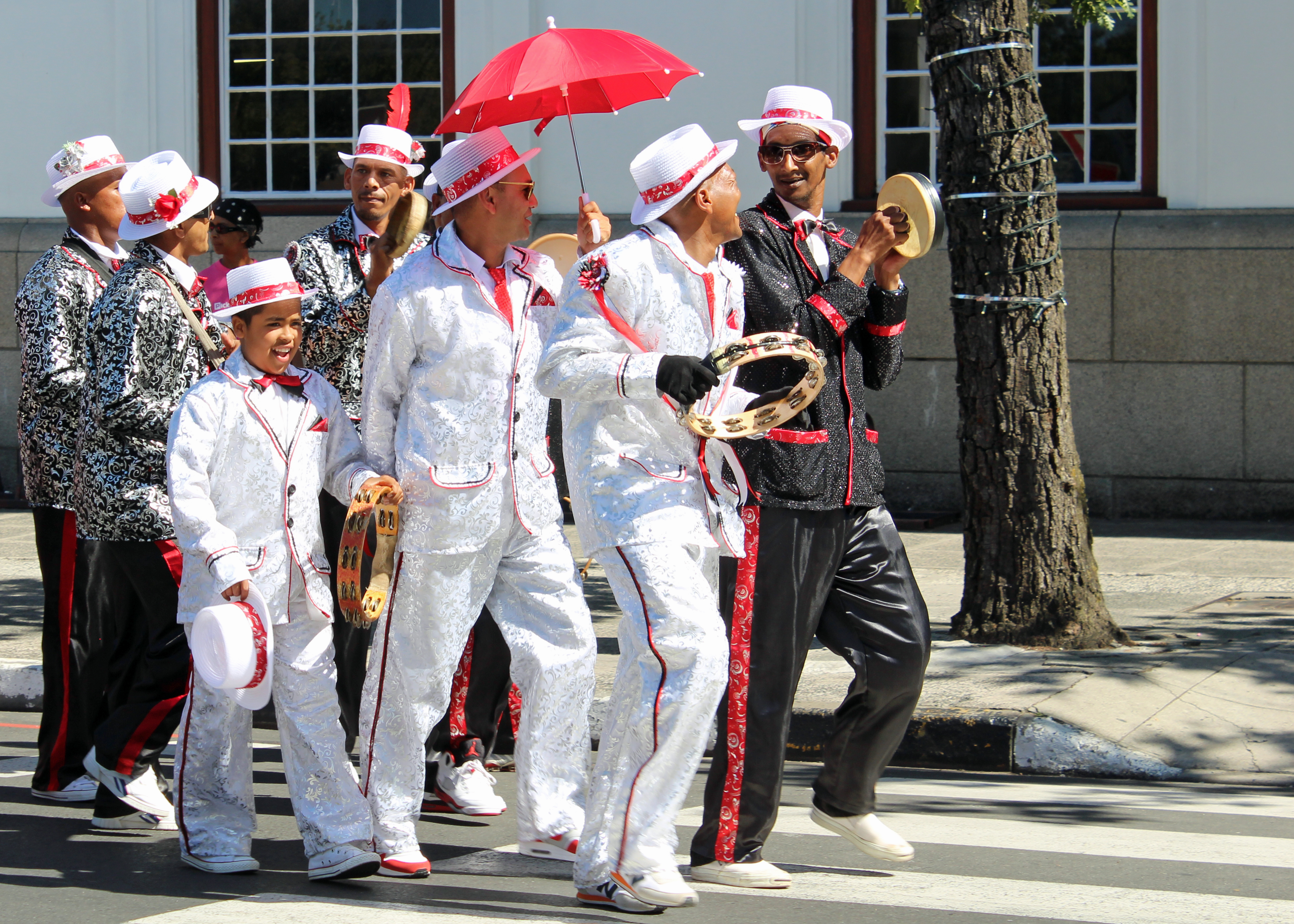 If you know anything about Cape Town, you know that theÂ minstrel paradeÂ or “Kaapse Klopse”, as we prefer to call them,Â has become an inherent partÂ of the city’s character, commemorating a parade that took place in the mid-nineteenth century when slaves were given the day off – January 2. To celebrate the “tweede nuwe jaar”, or second new year, slavesÂ would dress up and take to the streets, banjo in hand and songs on their lips.Â This holiday season, theÂ Malay Choir parade was meant to proceedÂ through central Cape Town on the evenings of Â the 30th and 31st of December, as it usually does.

In the words of the City of Cape Town, “The annual Malay Choirs Parade is an intrinsic part of the cultural fabric of our city and is synonymous with Cape Town.”

This year however, one five star hotel was not at all convinced of the value of the parade, and flagged it as a potential nuisance for its guests.

EFF MP Nazier Paulsen posted an email exchange on Facebook yesterday, showing an exchange between the manager of the Taj Hotel in Cape Town, Michael Pownall and counsellor Gareth Bloor, Â theÂ Mayoral Committee Member for Tourism, Events and Economic Development for the City of Cape Town, asking him to make sure that his hotel is spared the music from the minstrels marching by on New Years eve. Naturally, the woke factions ofÂ Facebook erupted. And to be fair, the exchange is pretty nasty. Here, a top hotel was requesting that a local festival commemorating a tradition of slaves be curtailed so its high-end guests are not disturbed. And the response from the city? “They helped us get into the New York Times,” which makes us wonder, how much did the city shield from the NYT in order for it to chosen as the world’s premier destination in 2014? There is snobby, and then there’s this.

Now we aren’t sure what transpired after that, but we guessing that the buzz on social media reached the hotel, or perhaps a bunch of irritating journalists (like yours truly) reached out to the hotel, to find out if the letter was authentic (in other words, just WTF were they thinking) – that perhaps prompted an about-turn from them.

In a written response sent to The Daily Vox the hotel released a statement, apologising for the request to the city.

The response in full: Official statement by the Taj Hotel Cape Town

31 December 2015, Cape Town: Michael Pownall, General Manager of the Taj Hotel, Cape Town said today that he wholeheartedly apologises for the request he made that the Cape Minstrels consider sleeping hotel guests by not playing music loudly in front of the hotel during its overnight Parade (held last night 30th December).

I recognise in retrospect that my request to Mayoral Committee Member for Tourism, Events and Economic Development, Gareth Bloor, was insensitive and would like to retract it,â€ said Pownall.

The management of the Taj Cape Town has since opening, warmly embraced Â the rich heritage of Cape Town and respects the integral part that the Cape Minstrels and its parades play in Cape Town culture.

We always encourage our guests to watch the Parades and share the cultural significance of this Cape Town institution, in-fact we share with our guests copies of a book, Coon Carnival, about the history of the Minstrels and the parades.â€

It has become a hotel tradition to host a minstrel choir every New Yearâ€™s Eve to perform to our guests in the hotel lobby and our guests thoroughly enjoy this experience.â€

We do inform guests when they reserve rooms over the period of the parade that the festivities are very lively and carry on until the early morning hours.

We would like to collaborate with the City of Cape Town and the organisers of the Cape Minstrel Parade to ensure that the event is equally enjoyed by Capetonions and visitors to the city.”

It’s a strange apology, considering that hours earlier, the same man Pownall said he needed “a 100% commitment” that the minstrels “DO NOT PLAY THEIR MUSIC”. Pownall claims the hotel invite a minstrel choir into the lobby and the guests love it. What Pownall wants to say is that they invite a white-washed-hotel-vetted-sanitized-Minstrel-choir to play agreeableÂ music on strictly their terms at the hotel.

In so doing, the hotel takes a free event for the public, commemorating a parade by slaves in the 19th century and converts it into tacky entertainment for the wealthy. Granted, there are some sticky issues with the continuance of the imagery and terminology of the Klopse as “minstrels”, or “coons”.Â Â At heart however, the Malay Choir parade, and the tweede nuwe jaar celebrations remain instances where the marginalised people of Cape Town, people of colour, who are forced into the hinterlands, are able to own the city centre.

Slavery may have been abolished, but wealthy, white people still believe they canÂ dictate the terms on which people of colour march through the city’s streets.

SoÂ even with the apology from The Taj Hotel, we still wanted to know from Gareth Bloor. So we asked him it was normal for a hotel to dictate terms to municipality, and based on his very accommodating reply to their initial request to turn down the minstrels’ voice, we wanted to know if he worked for the hotel or the city.

This was his reply, in full:

It is definitely not a case of the municipality being dictated to. The City has to try and balance the needs of a number of stakeholders in a diverse city.

The City issued the Event Organiser with an event permit.

The request from the hotel (to the City), was passed onto the Event Organiser. Any decision they take is at their sole discretion, bearing in mind they were issued with a noise exemption certificate.

Any decision to reduce noise is entirely in their hands as the Cape Malay Choir Board. Final power was given to this event organisers by the City and they have the right to make decisions at their event, for which we provide the required support.

We can only pass requests we receive onto the EO and they will determine what is possible and preferable as the organisers.

Realistically, trying to silence about 15 000 participants, is not possible, more especially since this event is an intrinsic part of the Cape Malay culture â€“ the music/musical instruments are an integral part of this celebration. This is a unique event that forms an integral part of the cultural fabric of Cape Town, that the City supports annually.

For future such events, we will impress upon hotels to advise guests timeously, of the nature of these iconic celebrations taking place during their stay.

The cultural diversity of our magnificent city, is what sets us apart globally.

We are an inclusive city and our rich cultural heritage is extremely important and we call upon all visitors to get caught up in the spirit of these celebrations.

It’s a good thing that Gareth took the time to reply. We appreciate it. We have to ask: if Gareth was so convinced that city’s cultural diversity is what sets them apart from the rest of the world, why would he EVER entertain the hotel’s request to silence the parade? But we all make mistakes. In the future Gareth, here is how you should respond:

Your wonderful hotel is in our city and we thank you for providing the finest luxury hospitality to your discerning guests. The minstrel parade is one of our long-standing traditions. We call upon your guests to get caught up in the spirit of these celebrations. If not, they can always choose to go to Stellenbosch.