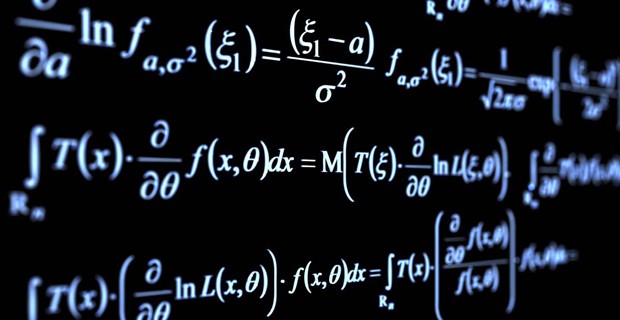 With the matric pass rate dropping for the first time in five years, our education system is again under pressure. In vital subjects like maths and the sciences, there seems to be little improvement, with results in maths in particular said to be worse than those of 2013. In the Eastern Cape, the worst-performing province, the situation remains dire, and few seem to care. ZIMASA MATIWANE spoke to maths teachers from the most vulnerable rural schools in the province, to find out what is going wrong, and what they need to do to rectify the situation. I decided to teach in a rural school because maths teachers are scarce and most move to urban areas, leaving learners in villages in a dire situation.

The biggest challenge is that learners lack the basics in the subject because at primary schools any teacher can teach maths, even the ones who do not specialise in maths. As a result, I spend a lot of time covering curriculum that was supposed to have be taught in primary school.

Some students get to grade 12 still lacking basics like multiplication, algebraic expressions, and equations.

There is a lot of focus on grade 12 but I think government should start focusing on lower classes where the foundation begins. We need good teachers there, and not just in matric.

Schools must also have extra classes, not just in matric.

It is mostly foreigners who come to teach maths in rural schools. They are good at it â€“ which is a relief â€“ but they face major language challenges because they canâ€™t explain the concepts in the childrenâ€™s mother tongue. Higher numbers in classrooms are the reason why learners battle with maths.

I once had a class with 98 scholars and it was impossible to give each individual attention, which is very important in a maths class.

There is never enough time to teach, mark all their work, and identify those who are struggling and assist them, while covering the curriculum.

The government can help us produce good results by providing us with tutors to ease the pressure. Children get to high school lacking basics and we just donâ€™t have [enough] maths teachers in South Africa.

The government changes the curriculum [too often] and it is just not working. The Curriculum and Assessment Policy Statement (CAPS) system was followed in matric for the first time this year, and it was not introduced in the lower grades and this created a lot of difficulties.

For example, students who started grade eight during the time of the National Curriculum Statement (NCS) have no basics of geometry because it was not part of that curriculum, but were examined using CAPS, which has geometry that was introduced this year.

We get used to a curriculum, identify its challenges and by the time we find solutions to help us teach our students better, the government changes it. We canâ€™t cope with the constant changes.

I was on maternity leave for three months and I had no replacement. We need teacher training colleges opened to counter the lack of teachers, as well as a single, stable curriculum. Students tend to fail maths and hate it from earlier grades. They then come from earlier grades with a bad attitude towards the subject and poor foundations. I always have to cover at least two previous gradesâ€™ work in order to start with my own.

The scarcity of maths teachers means when a maths teacher is on leave, getting a replacement is hard. It is even harder at the rural schools because no one wants to go live in a village that has no electricity and water.

The government must give foreign maths teachers longer contracts. They do a lot of work and are not picky about which schools they teach in. They help us a lot. Longer contracts mean they can be settled in one school and not go through the process of having to their contract while not teaching, because it is the students who suffer. There is a perception that maths is difficult to pass. This affects learners psychologically and has a negative impact on their performance.

I had 80 learners in one class. As you can imagine the numbers, the lack of teachers and classrooms adds to the challenge.

There is also an age issue in lower grades where children who have failed are promoted because of age until they get to high school. [Editor’s note: The age cohort system means a learner can repeat only one class per phase (each phase lasts for three years: grades 1 to 3, grades 4 to 6 and so on). If a learner fails for a second time while in the same phrase, they will still be promoted to the next class.]

Another issue is that to pass each year a learner needs to achieve a minimum of 40% for three subjects; 30% for a further three subjects; and is allowed one subject where they get less than 30%. Maths is always the lowest mark (ie less than 30%). This problem begins early and continues throughout school, but is highlighted only in grade 12 because of the focus on publishing the matric results.

Results would get better if the government provided enough classrooms, bursaries for education students who will specialise in maths, and enough textbooks. Here, one book has to be shared by three students.

– The voxes were edited for brevity and clarity.
– Featured image via Wikimedia Commons.
– All other images by Zimasa Matiwane.