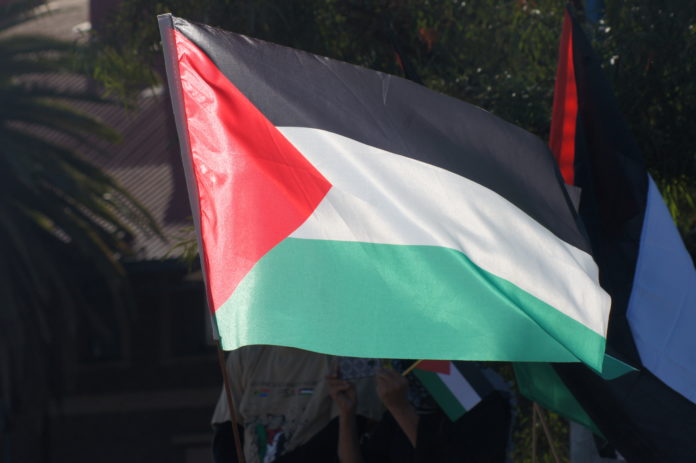 The bombing of Gaza has stopped. A ceasefire was reached between Israel and Hamas. Slowly, the world’s attention which was focused on Palestine is starting to decline. Celebrities who were outspoken are walking back their statements. Yet, the people of Palestine continue to live under an illegal occupation in Jerusalem, Gaza and the 48 Occupied territories.

The people of Palestine’s fight against the illegal occupation and apartheid by the Zionist Israeli state is ongoing. Worshippers are still being attacked in the Al Haram Al Sharif, Masjid-ul-Aqsa, the third holiest site for Muslims, as they pray. The families in Sheikh Jarrah are still in danger of losing their homes to Israeli settlers.

Palestinians still live with checkpoints and police presence. For the people of Gaza, they have to rebuild their homes and lives while being denied access to basic healthcare and building supplies. Thousands of Palestinians are being arrested as Israeli cracks down on the protests and demonstrations that took place in the past few weeks.

So how can people continue to assist the people of Palestine?

Read more: Judaism and Zionism: What is the difference?

Education remains the most important tool that can be used to support the people of Palestine. There have been many attempts to conflate anti-Zionism with anti-Semitism. It can be easy to conflate the two but they are not the same. Zionism is a political identity while being Jewish is an ethno-religious identity. Understanding this will help people to understand the current situation in Palestine. Not all Jewish people are Zionists and there are many people from other faiths who might identity as Zionist. There is no place from anti-Semitism in the fight for Palestinian liberation – just as there is no place for sexism, queerphobia etc.

Read more: How Israel uses pinkwashing to position itself as a “gay paradise”

Keep up with what is happening

Even when the social media posts and the news cycle moves on, it is important to keep following what is happening in Palestine. Even if there aren’t any news reports, follow Palestinians on the ground on social media. They have been providing live updates of what is happening around them. There have been reports from Gaza as the bombs were falling, and Jerusalem as the Israeli Defense Force (IDF) attacked settlers, and much more. These are reliable sources showing, in real time, the situation on the ground.

One of the easiest ways to have consistent support for the people of Palestine is to support the BDS movement. This is the Boycott, Divestment and Sanctions movement of Israeli products. During aparthied in South Africa, many countries and international organisations around the world boycotted South Africa. It was one of the ways that pressurised the apartheid government. Many Palestinians support BDS as a way for the international community to help them. You don’t have to change your whole life – just try a few new products.

For anyone living in South Africa, a good place to start is Clover. The diary company was bought out by Milco, led by the Central Bottling Company from Israel in 2019. This decision was condemned by Palestinian solidarity organisations and trade unions in South Africa. Many jobs were cut before the takeover happened.

Read more: Five must-reads on the daily struggles in Palestine

Another way to help Palestine during the ceasefire is to amplify the spirit and hope of the people. Despite the occupation, the difficult conditions and trauma the people experience, they are a people of hope. They continue to resist even though they have been living under 74 years of occupation. It was seen when the people of Gaza rallied together and cleaned up the city after the bombing ending. It’s seen in the people of Sheikh Jarrah who painted murals on their walls showing their defiance.

Regardless of what actions you take whether it’s through protest, online activism, or donations, the people of Palestine and their struggles must never be forgotten. This is especially as it links to broader struggles around the world against colonisation, capitalism and oppression.