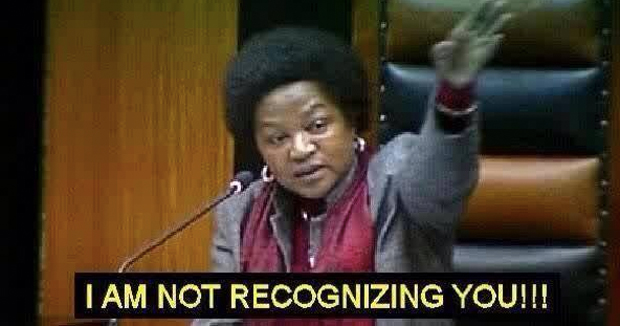 Earlier this week, the hashtag #wordsabusedbycomrades had Twitter abuzz. But what was it all about, exactly? AAISHA DADI PATEL takes us through Speaking Comrade 101.

What exactly is a â€œComradeâ€? According to the Oxford English Dictionary, one of the definitions of the word comrade is: â€œ(In South Africa) a young militant supporter of the African National Congress (ANC).â€

Speaking Comrade is a whole new linguistic playing field, which tweeps found out when the hashtag #wordsabusedbycomrades went viral earlier this week.

So who qualifies as a Comrade?Â ComradesÂ are people involved with the ANC in any way; that is, not only the party, but all the organisations aligned with it as well.

And, as former ANC members form the basis of the Economic Freedom Fighters, they use the term â€œComradeâ€ too â€“ even though they primarily use the title â€œFighterâ€.

Some examples of Comrades: our good president Jacob Zuma and minister of higher education and training Blade Nzimande.Â An example of someone who most definitely isnâ€™t a Comrade:Â leader of the Democratic Alliance, Mmusi Maimane.

And how can you speak Comrade most effectively? Top tip: itâ€™s not only about what you say, but how you say it.Â As these tweeps show, just throw some of these phrases into conversation and youâ€™re good to go.

"Point of procedure", "Point of order", "Point of exigency", "Through you Chair","protect me, chair?"-"protectected" #WordsAbusedByComrades

When comrades win Congress "We have emerged, Chief" #WordsAbusedByComrades pic.twitter.com/ZGD2aSlFBT

This is polotics mchana #WordsAbusedByComrades

Let us move on the issue of… #WordsAbusedByComrades

And when youâ€™ve made your point, and have nothing else to say?

See some Comrade speak in action in parliament in this short clip:

But not everyone is a fan of Comrade lingo. When you use it, how much of substance are you actually saying?

#WordsAbusedByComrades hashtag shows just how much bollocks there is in political discourse. And people still say Amandla to empty words