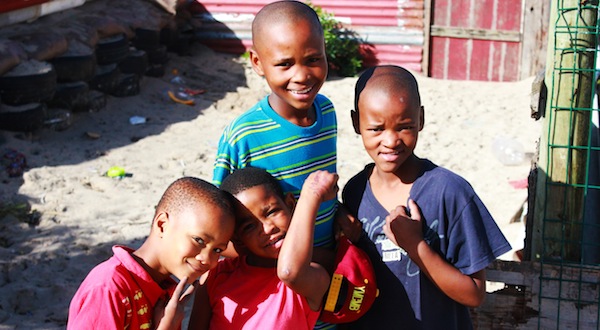 My partner and I moved to Cosmo City when we found out I was pregnant with our son three years ago. The area is where we bought our first home, and where we started our family. As the Housing Departmentâ€™s star mixed housing project, Cosmo City brings together the townships and the suburbs, in a way that is meant to facilitate the mingling of people from different economic classes.Â It is a residential area with a mix of suburban and township characteristics. For me, the most visible aspect of this has been the presence of children, who play in the street unsupervised for hours each day. And it’s something I can’t quite make peace with.

I am a child of the 80â€™s. I grew up in the suburbs, which was unusual for someone of my age and race, and had after school activities and scheduled playdates to fill my afternoons. I only experienced township life when visiting my extended family in Mafikeng during holidays. I remember the excitement and the freedom of playing in the streets and walking to the shops or park alone or with my young cousins.Â As long as we were home before dark, we were left pretty much to our own devices. But back then, neighbours were as good as family, everyone knew whoseÂ child you were and any elder would think nothing of giving you a smack for misbehaving, and then telling your parents on you. Today it would be considered Free Range parenting but for us 80s kids, all of this was normal.

I donâ€™t mind having the kids come to play but I have no idea who they are. Their parents have never bothered to introduce themselves to me and donâ€™t come around to find their kids when the sun begins to set.Â On most evenings I have to tell them to go home when it gets dark, which leaves me wondering why their parents haven’t come to look for them or reprimand them for staying out so late?

While we speak of Ubuntu, and how it takes a village to raise a child, these African concepts are fading. Few neighbours know each otherâ€™s names or ever greet each other. At the same time, violent crime against children is common. Every parent feels a lurch of anxiety when they hear stories about children found raped or murdered in fields and public bathrooms.

Parenting is not for the faint hearted and parents canâ€™t ignore the sad truth about violence in our communities. And yet, the parents who let their children play at my house day in and day out have no inkling whether I am a friendly mum or a child molester.

I donâ€™t promote helicopter parenting, where parents constantly hover over their kids sending the message that they are in danger or incapable of doing things for themselves, but I do believe that parents must take reasonable steps to safeguard their kids.

The world we grew up in is a very different place to the one we are raising our children in today. Let us build strong communities, where neighbours know and trust each other, and where children are taught to act responsibly and get home before dark, even at a young age. Karabo Keepile is the editor and co-founder of ChiLLimag, an online entertainment magazine with over 10,000 monthly readers. She holds an honours degree in journalism and has worked for some of South Africaâ€™s top media houses. But more importantly, she is a mom to Nkosinathi and her twin daughters Naledi and Lesedi.