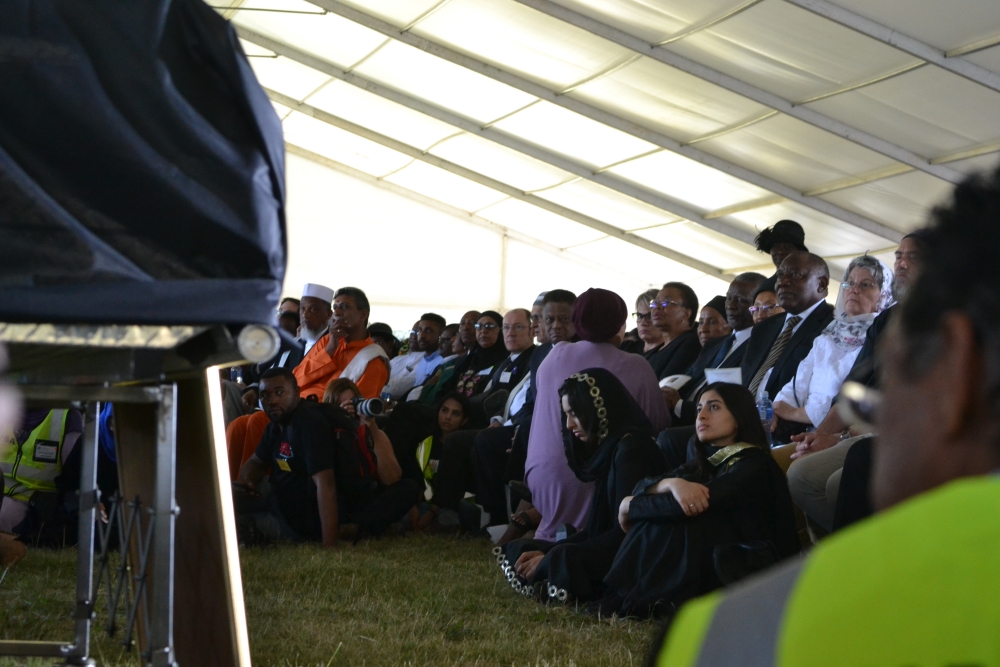 Ahmed Kathrada was laid to rest Wednesday morning. President Jacob Zuma had declared Â that the struggle hero would be given a special official funeral. But Kathradaâ€™s family said they would prefer a private, smaller affair without the lavish ceremony official funerals often turn out to be.

The request speaks to the humble man Uncle Kathy was, as ANC secretary general Gwede Mantsashe said in a tribute: â€œHis life is a lesson in humility, tolerance, resilience and a steadfast commitment to principle, even when taking a principled stance would place him at odds with his comrades.â€

In the Presidencyâ€™s State, Official and Provincial Official Funeral Policy Manual, a â€œspecial official funeralâ€ is defined as state-funded service afforded to a South African citizen that has been given â€œextraordinaryâ€ or â€œdistinguishedâ€ designation by the president.

â€œFor a president to declare a special official funeral, it should be for somebody of great stature,â€ said spokesperson for the president, Dr Bongani Ngqulunga. He said state and official funerals are granted to former or current presidents and deputy presidents. â€œFor somebody like Mr Ahmed Kathrada, because he didnâ€™t hold any position in the state like a president, thatâ€™s the reason why they are called â€˜specialâ€™,â€ Ngqulunga said. The state intends to hold a memorial service for Kathrada on Saturday, with an address by deputy president Cyril Ramaphosa.

After the president declares which status a funeral will be given, the state begins consultation with the bereaved family. The Office of the Director General in the Presidency is responsible for organising anything that the family requests. Ngqulunga said it was not uncommon for families to prefer a private funeral and for the state to hold a memorial service.

No new figures have been published by the Presidency or the Department of Public Works (DPW) for this year but in 2016, R30 million was allocated to provincesÂ for their official funerals.

It is difficult to say exactly how much wouldâ€™ve been spent had Kathradaâ€™s family wanted the military honours. But in comparison, the KwaZulu Natal province spent around R3-million on the provincial official funeral of the late soccer star Senzo Meyiwa in 2014 – almost its entire budget for official funerals that year.

Kathrada, being the selfless man that he was, saved the Treasury some depreciating rands. The Daily Vox has some suggestions on how the state could use that money.

1. Use it to set up an exchange programme

Throughout his whole life, Kathrada was committed to fighting the divisive ideologies of racism. â€œIt is the youth whom we must educate to prevent them from repeating the foolishness of their parents,â€ Kathrada once said. â€œIt is also in our schools that children learn to be racists. We can and must make our schools laboratories of anti-racism.â€ So what better way to unlearn misconceptions than a cultural exchange programme. Schoolchildren from model C and predominantly white schools spend two weeks with schoolchildren from disadvantaged communities, and vice versa.

2. Use it to financially support the Palestinian resistance

Kathrada showed unwavering support for the liberation of Palestinians from Israeli apartheid. At the unveiling of Nelson Mandelaâ€™s statue in Palestine, he said: â€œ[T]he Free Mandela Campaign and the global boycott, divestment and sanctions movement were instrumental in vanquishing apartheid. Similarly, I am convinced that the Free Marwan and all Palestinian Political Prisoners campaign and the BDS movement will be decisive in defeating the Israeli occupation.â€

3. Donate it to organisations that provide legal services to arrested student protesters

The Socio-Economic Rights Institute (SERI) is a non-profit organisation that provides legal representation for communities and movements that challenge inequality. SERI represents arrested students and workers.

Kathrada admired the courage of students fighting for free higher education. â€œTheyâ€™ve got a good cause. And with a good cause, with the spirit and the courage that they have, they are sure to succeed,â€ Kathrada toldÂ The Daily Vox.

But Kathrada has also cautioned students about violent elements in the movement. â€œWe don’t condemn them. We understand their impatience,â€ he said at the unveiling of a replica of Nelson Mandelaâ€™s prison cell on Robben Island. â€œOur only wish would be that they don’t burn [facilities] and destroy books. It’s unfortunate. We just hope that they don’t resort to such methods.”

4. Donate it to the Ahmed Kathrada Foundation (AKF)

Kathrada was a resolute activist for non-racialism and equality in South Africa. The foundation organises various programmes, discussions, and does research into ways of combating racialism and sexism. The AKF, with the Nelson Mandela Foundation, led Anti-Racism Week, which ran from 14 to 21 March this year. â€œAs time goes on and societyâ€™s demographics change, we might arrive at a point where racial classifications become meaningless and disappear, not through some piece of legislation but through their complete lack of relevance to individual, group and national identity,â€ Kathrada told Politicon.

Even in his death, Kathrada demonstrated to the nation his humble, self-effacing, and selfless spirit. Kathrada was selfless enough to consider that South Africa is kinda broke. His request not to have a grandiose funeral in a stadium with a military salute is an example that other â€œdistinguishedâ€ South Africans should think of following when they, too, have to bid farewell to the country they serve.