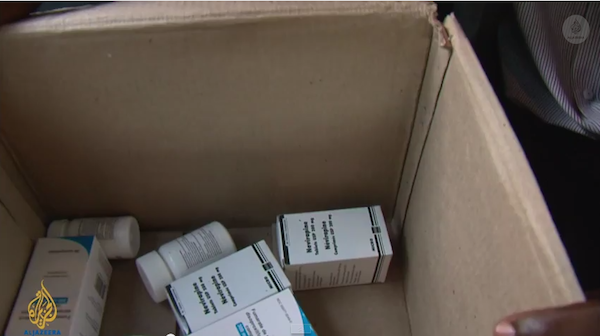 A new report in Al Jazeeraâ€™s Africa Investigates series has shown how shady healthcare workers in Zimbabwe are pilfering anti-retroviral drugs (ARVs) from state supplies and selling them on the black market for use as narcotics. The ARVs are being mixed with marijuana and smoked to achieve a cheap high.

Certain ARVs used to treat HIV are known to create side effects such as hallucinations and feelings of euphoria and rumours of people mixing them into recreational drug cocktails such as nyaope and whoonga have circulated for years.

According to the report, the Zimbabwean government insists that the drugs found on the street are either counterfeit or have come from another country. But health reporter Cassim John went undercover to show how unscrupulous state doctors have gone about diverting the much needed drugs out of the Zimbabwean health system.

â€œThese drugs are supposed to be under strict control but you can easily get them now on the streets of Harare. This should not be happening at all,â€ says John.

You can watch the full report here: