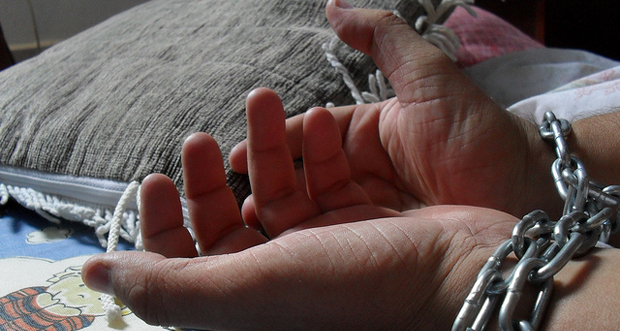 The worldâ€™s worst Ebola outbreak is putting an end to human trafficking in west Africa, an expert in the international slave trade has said.

Speaking at the World Congress of Illicit Human Movements held in Oudagoudou, the capital of Burkina Faso, on Monday, William Cheapoo, the head of procurement at a leading human-trafficking conglomerate, said that the Ebola epidemic had proven catastrophic for the business.

â€œGentlemen, we are truly at the end of history,â€ Cheapoo said. â€œWe must be patient. The virus cannot go on forever. Ebola will be overcome,â€ he addedÂ  to rapturous applause.

The two-day summit is expected to resolve a series of ethical questions, including the moral implications of trafficking in another time zone. Traffickers in the US have reportedly lost out on major deals following the fallout with the hardest-hit west African countries of Liberia, Sierra Leone and Guinea.

Sources say the US is hoping to tap into the war-torn Central African Republic, but is expected to encounter resistance from the Sangaris (French Forces).

The unique conference, held once every five decades, is expected to host more than 7,500 traffickers and organ harvesters from about 120 countries. Organisers describe the event as the biggest event trafficking event in the world.

Countries represented included traditional slave traders the United States, Germany, and Saudi Arabia. Delegates from Liberia, Guinea and Sierra Leone were not invited due to health concerns, while the Chinese said they were represented by the presence of Taiwan.

The conference started off with a minute of silence to honour 13 traffickers who had lost their lives while kidnapping and forcibly transporting a west African who turned out to be suffering from Ebola.

â€œPeople donâ€™t realise what a dangerous job this is,â€ said Michael Schneider, a spokesperson for the NGO Human Removals International. â€œWe are confronted with all types of difficult people everyday; the dangers are endless.â€

Millions of people are trafficked across the globe each year, as slaves, sex workers or bus conductors. Burkina Faso remains a central hub for trafficking where buyers come to bid for new flesh.

Ebola has killed more than 8,000 people since December 2013, in the biggest outbreak ever recorded.

The UN estimates that the outbreak will end by end of 2015, but traffickers said, â€œthis was just not good enoughâ€.