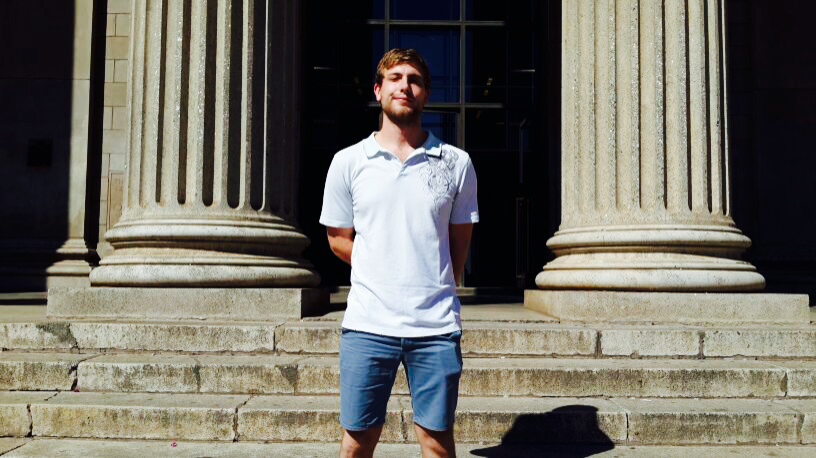 With the elections only days away, now is a critical time. With help from some friends, AAISHA DADI PATEL set out to ask Wits students whether theyâ€™re voting, and what is on their minds now that weâ€™re nearly ready to hit the polls. The issue with everyone is that we don’t know what to vote for. We don’t know whether we are voting for policy that is probably not going to be implemented or whether we should vote for a party based on how much they would change the current system. I don’t expect any other party to get into power but you expect other parties to influence the way the country is run. I’m trying not to get disillusioned about democracy and elections because I really believe in it even though now it almost seems to have let us down. Even though I didn’t register, I think people should vote. I didn’t because I looked at all of the political parties and didn’t see a reason to register while not knowing who I was going to vote for. When you think about the policies of the EFF you think of South Africa possibly turning into Zimbabwe. With the DA [sigh] I just don’t trust them. I feel like they try to buy votes. And finally when it comes to the ANC… after 20 years they have brought much change, we must give them a bit of credit, but Zuma really ruined things. But as our struggle hero Ahmed Kathrada says, individuals come and go so we can’t judge the party by the individual. If I was going to vote I would go for ANC, maybe. Yes, I will be voting. Iâ€™m pretty relaxed, so I donâ€™t really know what Iâ€™m thinking about it all. Itâ€™ll be the first time Iâ€™m actually voting so Iâ€™m excited to do that and keen to have my voice heard. I’m very excited, being a born-free I will be voting for the first time! I’m a bit anxious though because so many parties are promising so many things. We put our trust in the ANC in the past but they have not really delivered. The other parties don’t exactly get the plight of the South African people. It is a very complex situation that we are in. However, I do know who I am going to vote for because I believe in their ideologies, in their principles and in their founding values and that is the EFF. And I am not ashamed to say this, because I believe that economic freedom is something we must achieve in our lifetime, this is a fundamental part of the freedom that our Steve Bikos, our Tsietsi Mashininis and our Chris Hanis fought for, and it has not been achieved. Yes! I will definitely be voting! I registered to vote for the first time, very excitedly, but all the while having absolutely no idea who to vote for. As a born-free I am encouraged to approach all the political parties in an unbiased way in order to fully acknowledge our democracy and make a good decision on who to vote for.

However, I’ve found myself constantly being disillusioned by how the majority parties are portrayed in the media – not that I’m criticising the media, but more the overall view of these parties. I’ve felt a lack of confidence in them. This in mind, I’ve also been aware that some of my criticism has been around particular members in our ruling and opposition parties, and so I do not disregard the amount of development South Africa has made in the past 20 years, and the hard work other members have done for the my well-being.

Although I know my vote is important, I am a strong believer in collaborative work between our government, businesses, NGOs and individuals of our society – including myself – and so I hope to see more initiative from all of us, instead of solely using our government as a scapegoat for our problems, and the reason for our problems. I am still deliberating on which party to vote for, but I will be sure to use my vote as my voice. I have decided not to vote because I feel that no political party is genuinely concerned with the welfare of the people. I do nonetheless feel that this will be an interesting election that may have surprising results. To those who are voting; use your heads, not your hearts. Yes I will be voting.

These elections are very different. Itâ€™s the first time since â€™94 that there isnâ€™t a clear choice. Before, it was obvious that the ANC was the right choice, but given the history of the last five years and all of the ANCâ€™s shortcomings – both internally and in their role as the leading party – I canâ€™t vote for them. A big problem in society is peopleâ€™s economic livelihoods. The various capitalist parties (DA, Agang and possibly COPE) cannot solve this issue. A party which is speaking leftist politics (EFF) seems to be led by self-serving crooks and tending toward fascist practices. Therefore I donâ€™t really know who to vote for. The Workers and Socialist Party (WASP) seems to have the integrity and politics to improve the country but will they get enough votes to even have a voice? I will be voting. But to be honest, Iâ€™m very confused. I really donâ€™t know which party will bring about change. It would not be fair to say that the ANC-led government has done nothing but they havenâ€™t exactly delivered on the promises made in the last election. So I donâ€™t know which party to trust to bring about that change. I would have to sit down and analyse their positions. It is not a vote for the best possible party (as I have lost faith), it is more about which party is the least likely to mess things up. It seems to me that the elections will be dominated by the big parties, the ANC and DA. However, all the other parties just seem to be mirroring the ANCâ€™s election manifesto â€“ which is a problem, because what are these other parties actually standing for? Even then the strongest opposition candidates always seem to be trying to break one another down rather than focusing on themselves and showing us what they can do. Iâ€™m backing the ANC to win â€“ because I think people will just vote for the ANC because they are the ANC, and also because of the emotions related to Madiba. Even so, I believe that we should rather go with the devil we know than the devil we donâ€™t know. Iâ€™m really excited to be a part of such a historic moment. Iâ€™m young and a first-time voter and thatâ€™s a huge responsibility, I hope that I make a wise and astute decision and that I donâ€™t mess it up. I hope I can leave my mark and be part of a positive change in South Africa â€“ given the massive impact elections have. Letâ€™s hope my first vote is a great one. I am going to vote in this election as it is my democratic right. Now that elections are only days away, I’ve been having various thoughts. It is a bit difficult to decide who to vote for because I feel there aren’t any ‘good’, efficient or eligible parties or presidential candidates to vote for. However, I suppose that if you want to have a say, you should vote. We can’t complain about our government if we have not attempted to change the government which has let us down, and therefore it is up to me and the people of South Africa to bring about that change. In a way I have decided who I will be voting for, but I am still a bit undecided… this is why I may even decide to choose the ‘no vote’ option. I will be voting in South Africa’s 5th democratic election. Now that elections are only days away, my thoughts are that the ANC is abusing its power in South Africa. The ANC need to work harder in order to lead the country. My thoughts are focused on the lack of development in schools and the low levels of education, and in my opinion, this should be the main focus going forward in order for sustainable development to occur. Due to my disappointment in the ANC, I have decided that I will be voting for the DA. Yes I will be voting, and will be doing so in the Germiston area, where I reside. Iâ€™m really not enjoying the whole public election vibes. Itâ€™s not cool. Everyoneâ€™s trying to prove everyone wrong and prove them stupid, and itâ€™s not right. I have kind of decided who Iâ€™m voting for, but Iâ€™m still in the whole deciding process, you know?