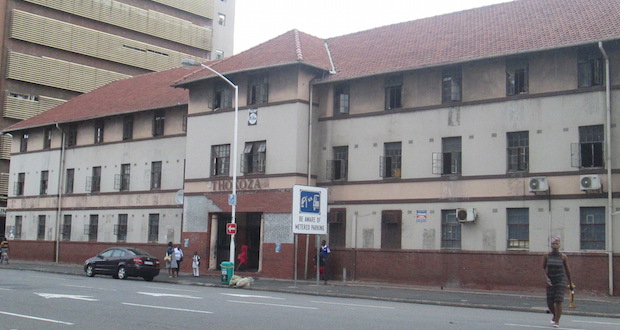 A photograph safely stashed in her wallet is as close as she gets to her children for most of the year. NOKWANDA MNCWANGO* (46) has been living without her two daughters and son since 2007, and says their mother-child relationship is dwindling. Mncwango opened up to Zimasa Matiwane about how her living conditions and how a no-children policy at Thokoza Hostel in Durban have denied her children a mother.

After I separated from my husband we decided that he must take the children because he could give them a stable home, something I could not do. That was seven years ago and the youngest wasthree at the time.

The decision was for the best of the children, but I don’t think there is anything “best” about not having a mother around.

I work as a cleaner at a hospital here in Durban. I take home R1,570 a month and I can’t afford to rent a house that I can live in with the children.

I live at Thokoza because it is in the CBD: transport does not cost me an arm and a leg and rent is cheap. I share a room with three other women, we sleep, cook and sometimes bath in the room.

It is not an ideal place to raise a child, and it’s no way adults should live either, but we are here to make a living, not to live in luxury. I have stayed here since 2007, since moving from my home in Nquthu.

I see my children once a year.

I try to make my leave coincide with their school holidays, which is how I manage to spend time with them. I can’t visit them at their father’s house because he remarried and it would be awkward.

It hurts me that I’m not there to parent, love, teach and guide my children to adulthood. I feel like I have failed them. It hurts when I see children wearing school uniforms because it reminds me of my children.

I get scared when I see young girls pregnant or the boys high on wunga in the streets of Durban because those children lack love somewhere and it might be the love I’m not giving mine. What if they turn out like that?

I call them regularly, but no one can raise children via the phone. What is worse is that as they grow older, we are losing that mother-child bond.

I can tell during phone calls the children don’t need me as much as they used to. They don’t even call me ‘Mom’. They are my only children yet they can’t call me ‘mother’ because I don’t mother them.

I have contemplated moving back home, but there are no jobs in Nquthu. How will I feed the kids?

I am not the only mother going through this devastation. A solid solution is eThekwini Municipality improving our living conditions by building us family units. It has been on the cards since 2012, but we haven’t seen any action from them.

The court battle of mothers fighting to live with their kidshere has again highlighted our plight. Although I fully support the fight, I can’t bring three children here. My only hope is that this fight will accelerate the delivery of family units.

In the meantime, I am losing the only children I have.