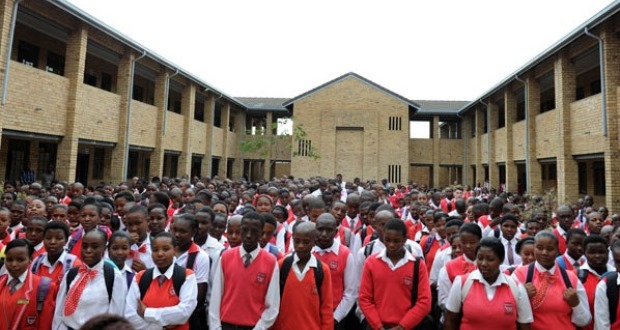 At the end of a perfectly normal science lesson in class last week, I was asked: “Why did you become just a teacher, sir?”

An acceptable question, you’d think. But the “just” threw me off.

What the learner in question, just another student in my rowdy all-girls-class really wanted to say, was this:
“Bet he could not get into medical college,” or “Must have been rejected from other health sciences.” “He probably didn’t have the skills to become an engineer” or the brains to do a Bcomm” Yes, he must have had poor symbols in matric.”

For the most part, I don’t disagree with the perception. It’s not difficult to get into a technikon or university to train as a teacher. The demands aren’t so stringent. Most student teachers pass their examinations with ease.

But for a learner to ask “Why just a teacher”, is to suggest that “to teach” is obviously a type of failure. You know the old adage: “Who can, does. Who can’t, teaches”.

And you can imagine, if a teacher is treated as a “failure”, as “an unintelligent warthog in chinos and a checkered shirt”, it’s unlikely he/she would be able to inspire a generation of learners to become a better version of themselves.

What a dangerous misconception.

So, let’s rewind some decades, to when I was pursuing a teacher’s diploma. We had to study the “White Paper on the status of the teacher”. It had been hypothesised that in order to foster genuine interest in learning and to improve discipline and respect in the classroom, the teacher’s position, specifically at school, and more generally in society, had to be uplifted and restored to the early days of teaching.

Greeks, it is believed, elevated teachers to the level of philosophers, whilst in India, the alternate name for a religious teacher was often â”Ustad” or “Guru”, where reverence towards the teacher was as important as the knowledge itself. Even in Judaism, the “Rabbi” is considered distinguished in knowledge.

Don’t get me wrong.Â No one is asking for teachers to be lifted to a higher plain where they are seen as higher beings, trading in monumental prose and where school children must garland them each morning with fresh marigolds. But if we want to be serious about our society and its future generations, surely it’s time we re-look at the manner in which we treat our teachers?

After all, it’s teachers who must contend with great odds: large numbers in classes, poor resources, low salaries, learners with disabilities or from poorly resourced, hungry backgrounds. It is teachers who must deal with impatient parents, ridicule and abuse from often spoilt, entitled children.

On the one hand, teachers are tasked to shape the next generation – their morals, manners, and critical thinking are all dependent on teachers. On the other hand, authorities seem hellbent on portraying teachers as lazy scumbags out for a short work day and an easy holiday. How do you change the mindset of a learner towards a teacher in public school if it’s so obvious that the Department of Education has so little respect for them?

Learners bring the habits, often the failures, of their homes and communities into the classroom. Must those habits and failures miraculously evaporate through the auspices of a skilled teacher?

If you don’t raise the status of the wo/man at the front of the class who is often at the frontline of education, you cannot expect students to take them seriously.

How do you fix this?

You make the Department of Education adjust its approach towards teachers. There has to be a more positive attitude and recognition of teachers by the department.

You raise salaries. You make teaching a respectable profession; a competitive one for those with high skills. You head-hunt from the science and mathematical fields, and you train them to be the best.

You remind parents that teachers often spend more time with learners than they do. They are not to be dismissed.

Finally, it becomes necessary on all teachers to take up the challenge of adopting a far more positive outlook towards their professions and not make mostly innocent learners the victim.

Is it asking too much to one day be asked instead: “Sir, what made you choose this amazing profession?”