Home Features “I Could Write A Book On The Experiences Of The Poor Black...
WhatsApp
Facebook
Twitter
Email
Print 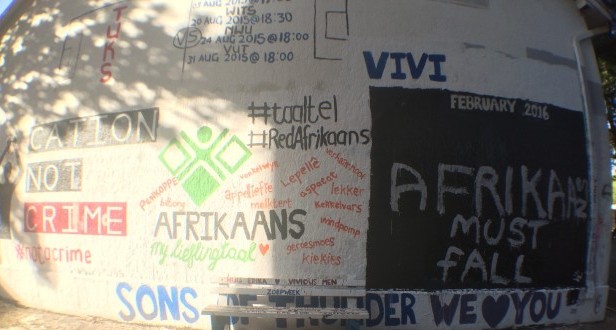 I studied at the University of Pretoria/Tuks (I hate that I have to talk about myself but this is necessary). The dynamics at Tuks were/are as follows:

1) The student body comprised of at least 70% white students and 30% black students. The black students included Africans, Indians, Coloured, Chinese and foreign students from other African countries. These statistics applied at the student residences too. In my final year (2009) at Boekenhout residence, the white students constituted well over 70%. This, apparently, was the university policy.

2) Of the 30% of the black students, I want to venture that more than 80% of them came from privileged households. These were black kids who had studied at some of the most prestigious high schools and former model C schools in the country. In some cases, both the privileged black kids and the white kids (who are almost always privileged by virtue of being white) had been friends way prior to coming to university. They come from same high schools and suburbs.

3) I’m citing these demographics to demonstrate an important point regarding what is going on at the university right now. The white students and the privileged black students are not exactly affected by the systems, policies and processes at Tuks in the same way that they affect the poor, disenfranchised black students, majority of whom are at Tuks through government’s NSFAS, other loans and bursaries.

4) Unfortunately, such students are in a minority at the university. These are the students who are currently engaged in protests (I note that there are some privileged white and black students who sympathise with the poor students and sometimes even join in the strikes).

It therefore did not come as a surprise when I learnt today that there is now a group of black and white students at the university who have decided to hold prayers and to “promote” peace rather than to support the other students who are striking.

The fact is that most of such students are unaffected by the issues that are affecting poor black students at Tuks.

When fees rise, for example, they are not as affected. During a strike we led in 2009, a fellow black student who is a son of a politician and MP at the time, told me in no uncertain terms that the strike didn’t make any sense to him because the fees he paid at the university then were actually less than the fees he had paid in high school. It therefore did not make sense to him to demand that the university mustn’t increase tuition.

When we say that the university must abolish outsourcing and employ all the cleaners, catering staff and other workers under the emblem of the university and make them permanent staff, these kids cannot relate. Their own parents, aunts and uncles are professionals and business executives.

It shouldn’t surprise us then, that there are such students for whom the situation at Tuks requires only for them to hold hands, portray a multiracial front, pray, sing in all South African languages and later go have drinks together.

This, is their reality. It is diametrically opposed to the reality of the poor students who are led by the EFF, Sasco, Pasma and others.

PS: Obviously not all members of the multiracial front are privileged.

There are many things that take place at Tuks about which I would like to say that they are not going to be resolved by cosmetic processes like a group of white and black kids calling out their Lord’s name.

When I went to UP, my Afrikaans was very fair. By the time I left, it was atrocious. I began to resent it at the university because of how it was used. It was not used only as an academic tool and as a piece of heritage of the Afrikaner children. It was also used to discriminate against the black students and to “other” them. At Boekenhout, we literally had to fight tooth and nail, as black students, to see to it that the management stopped addressing the meetings in Afrikaans as if we didn’t exist. When Helen Zille came to the university to canvass for votes in 2009, she tried to address a hall comprising of a variety of ethnicities exclusively in Afrikaans. We stopped her 15 minutes into her speech. At the student newspaper (Perdeby) where I was a writer, my friend and I would immediately switch to our mother tongue (as a sign of protest) every time the other writers tried to address our editorial meetings in Afrikaans.

I could write a book on the experiences of the poor black child at the University of Pretoria. It is worse than most places. I should know because before Tuks I had been at Wits, which is also just another corporate institution established for the rich. There is something about the former Afrikaans universities that must be drastically rectified.