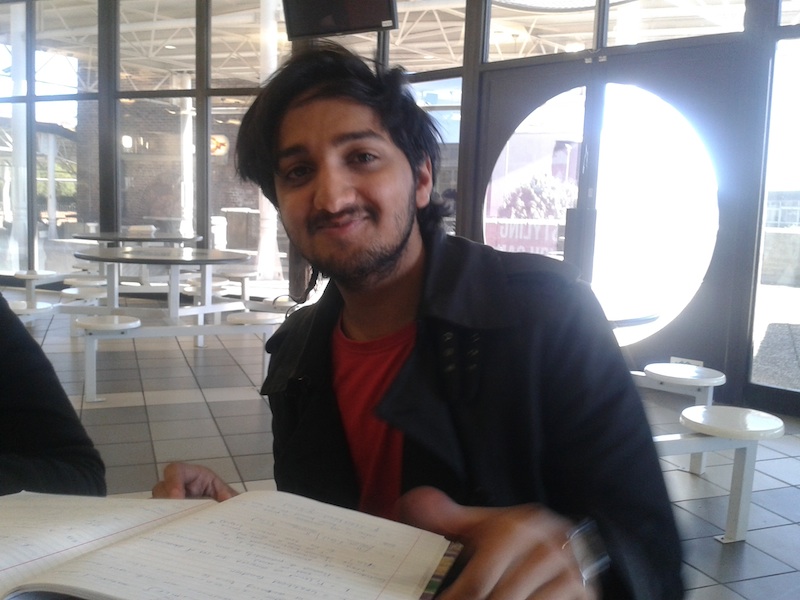 On Wednesday, the leader of the Economic Freedom Fighters, Julius Malema, made his debut in Parliament.Â In between slating President Jacob Zuma and the ANC government,Â Malema criticisedÂ white peopleÂ who can’t speak African languages.Â â€œAs part of nation building maybe we need to take harsh steps by not celebrating any white person who doesn’t at least know or make an effort to at least know one of our African languages,â€ he said.

PONTSHO PILANI polled young people in the Johannesburg city centre to find out what they thought of Malemaâ€™s views on language. â€œI agree with Julius Malemaâ€™s sentiments; I think if I managed to struggle to learn Afrikaans, then I can definitely learn an African language. There are no learning obstacles that could stop it. However, it needs to be implemented from a younger age. It would be difficult for someone my age to start learning a new language. I also think he is right in saying that it is very effective for nation building. This could be an opportunity to bridge cultural gaps, because with a language comes the culture. Learning a language is difficult but it is possible. I donâ€™t always agree with Malema, but he is bringing to the discussion things that have been swept under the carpet since 1994. â€œThere are too many official languages; I donâ€™t see the â€œnation buildingâ€ aspect because there are so many languages. I donâ€™t think there is a need to learn an African language because the language that gets you employed is English. I donâ€™t think there is any real incentive. I am from Zimbabwe and we only have one official language, which is English, and it is compulsory to know English. Therefore, the uniting language is English and that helps with documentations and communication.â€ â€œWe are a diverse country and all of us, regardless of race, should learn other languages. Personally, I would have loved to have mastered an African language already. Since I am [based] in the Eastern Cape, I want to learn Xhosa because I plan to be a priest and I want to be able to communicate with all people. With regards to implementation, I would think that it should happen at local government level because of the various languages we have in South Africa. For primary school learners, it should be offered as an option to learn and also for adults; government should have initiatives partnering with companies to offer short courses on learning an African language. I think Julius Malema made this suggestion because he is interested in uniting this country further, he is doing it to further enrich us as a nation. I think it is a good idea and it is great to be exposed to different cultures but I donâ€™t think it should be compulsory. Nobody should be forced to learn a language they donâ€™t want to learn; the language should be made interesting enough for people to learn it. But I understand where he is coming from. We need to come together as a people. I learnt isiZulu in high school and learning the language has helped me to understand the culture better; I now understand why certain things in the Zulu culture are the way they are. I think that it should be incentivised for people to learn another language. There should be a desire to actually learn the language. For me, it was growing up in a township in Venda that made me want to learn TshiVenda because I wanted to make friends. Forcing it however would be bringing back a re-imaged form of Bantu Education.Â I was forced to learn TshiVenda in primary school and I couldnâ€™t remember most of it. When I got to high school I willingly learnt it and that is where most of my knowledge of TshiVenda comes from. It would be nice for schools to also have cultural exchange programmes that encourage learners to learn other languages.