Home As Told to “I had to prove to people that living with HIV doesnâ€™t mean...
WhatsApp
Facebook
Twitter
Email
Print 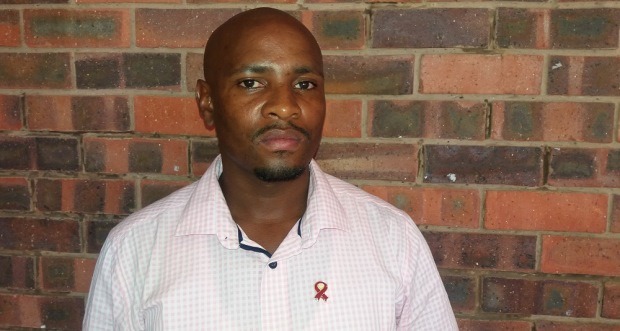 Through 17 years of living with HIV and being subjected to victimisation and stigma, 37-year-old SIBUSISO MAPHUMULO of Mahlongwa Township, south of Durban, is still standing strong and helping to counsel and console those infected with the disease. He told Lizeka MadunaÂ his story.Â

At the age of 20 while in Matric in 1999, I was diagnosed with HIV, and thatâ€™s when my life began to change. Being young and living with the disease was one thing but disclosure was another. As much as I accepted that HIV had become a part of my life and that my life wasnâ€™t the same anymore, telling my family about it took me some time.

I only disclosed my HIV status to my family four years later, after I had been to university and back. After completing my matric, I went to the ML Sultan campus to register but later that year I deregistered. At that time, people close to me were dying left, right and centre, and that is when I did introspection and realised that I was dying. The reason I deregistered was that I thought my being there was a waste of my time and my parentsâ€™ money because I thought I was dying.

Living with HIV is not the worst nightmare but the stigma is. Late in 2003 I made a decision to disclose my status to my community and that was the beginning of the worst. Name-calling began and I was called an â€œHIV carrierâ€ by my neighbours. It was hurtful but I survived it all. Some of the people who were calling me names and discriminating against me died because they also had the disease but were in denial.

I became an outcast and a victim of stigma in my own community. I couldnâ€™t let that defeat me, I had to prove to people that living with HIV doesnâ€™t mean an end to oneâ€™s world. My family supported me through it all and early in 2011 I was initiated for the [ARV] treatment.

At one point I fell sick and bed ridden to a point that I was announced dead. Someone posted on Facebook that I had passed away and that alone nearly killed me. I am grateful to my friends and family who made me strong and showed me a purpose to life. After all that I went through, I decided to become involved in helping people infected with the disease. I started counselling and did public speaking about my own experience because I donâ€™t wish anyone to go through what I went through.

Despite the governmentâ€™s countless efforts to educate people about HIV/Aids, the stigma is still there and it lives within our communities. People havenâ€™t accepted the reality of HIV/Aids being part of scores of people. Living with HIV doesnâ€™t make one less of a human being and nobody deserves to be stigmatised because of their status, especially because people contract the disease in various ways.

There is a marginalised group of people who are born with it and others are raped by people who are HIV positive. It deeply saddens me to see these people carry the burden of living with HIV and being victims of stigma, knowing that prevention was beyond their control. Not that it is okay to discriminate against those who get infected through sexual intercourse, no one deserves to be a victim of stigma.

We are past the time in South Africa where people should feel discriminated because of their HIV status. People need to become realistic and accept that millions of people are living with the disease but are perfectly fine because of the treatment and physical exercise.

As told to Lizeka Maduna, edited for brevity and clarity.