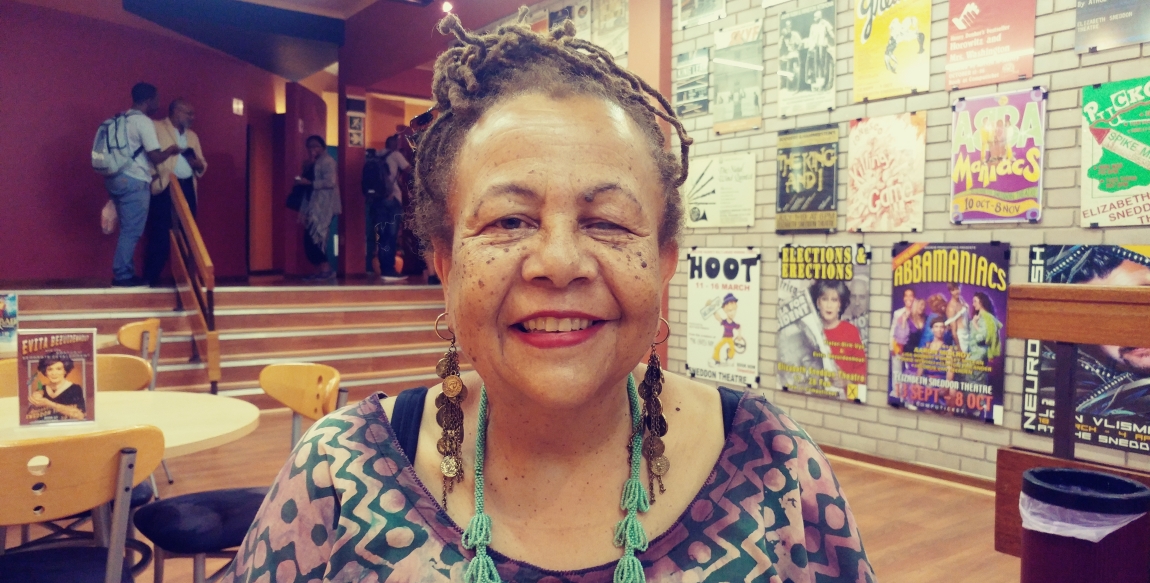 Writers and poets find inspiration in different things, including life experiences and background. American-born writer and poet, Myesha Jenkins (69) finds hers in jazz music, love, and black women. She spoke to the Daily Vox at the 21st Poetry Africa Festival at the University of KwaZulu-Natal.

I moved into South Africa, Johannesburg, from San Francisco, California in 1993 and I’ve been here ever since, that’s why I’m proud to call myself a South African writer. In my life, I’ve been very involved in activism and that’s how I ended up in this country; I was an apartheid activist throughout the years. I’m an old communist, I know what marching on the streets feels like.

I didn’t know a lot of people at that time and I had to entertain myself. Writing became one of the things I did and fell in love with. At that time there was an organisation called the Congress of South African Writers and I would go there. One day a guy there showed up and said we were all writers sharing our work with each other and I was in awe; I didn’t consider myself as a writer, and that was the birth of my first poem, titled “Am I a writer?”

I have since published two poetry collections, “Breaking the Surface” published in 2005, and “Dreams of Flight” published in 2011. I have recently edited another book which will soon be launched. I mostly write about love, jazz and black women. I enjoy writing about how jazz music has impacted my life.

For me poetry is witnessing, we are documenting time in our lives. It is powerful even for people who want to share their stories, people who have been through different life circumstances. However, I don’t think it replaces activism and I don’t think it replaces therapy either, in a case of the abused. There’s a lot of healing in it and many people reveal many things they didn’t even know, in poetry. Public stage is not a place where there is healing for violence or viciousness that we often face as women. But we speak about it and it’s important to share and to have a space where one can open up.

As told to Lizeka Maduna, edited for brevity and clarity