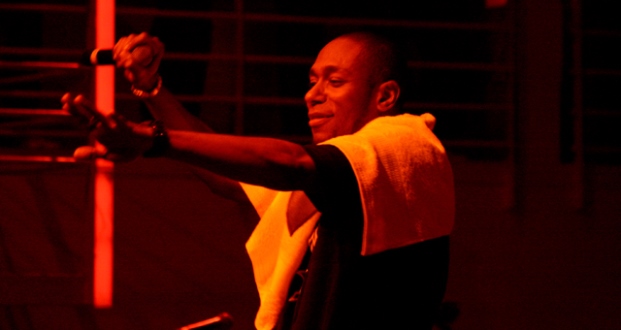 The arrest of American rapper Mos Def (aka Yasiin Bey) in Cape Town last Thursday has sparked a nationwide discussion about the validity of the â€œWorld Passportâ€ he was said to be carrying. The â€œWorld Passportâ€, created by the â€œWorld Government of World Citizensâ€ is based on Article 13(2) of the Universal Declaration of Human Rights which states that â€œEveryone has the right to leave any country, including his own, and to return to his country.â€

Only 6 countries in the world recognise it as a valid document; Burkina Faso, Ecuador, Mauritania, Tanzania, Togo and Zambia. The rapper – who still uses his American passport as well – is due in court on 8 March 2016 for violating the Immigration Act. MISHKA WAZAR Â asked Joburgers what they thought of the â€œWorld Passportâ€. Orali Hlophe, 22, sound engineer/singer
I think Mos Def is absolutely amazing, Iâ€™ve been a fan of his since Brown Sugar. Heâ€™s extremely woke, so for him to think so little of South Africa is disappointing. A World Passport is too complicated; I donâ€™t know if itâ€™s feasible. The mere fact that he came into SA with his USA passport and tried to leave with a World Passport is so disrespectful, he thinks heâ€™s above the law. He canâ€™t just disregard our regulations. Mmathabo Mogane, 25, student
I never knew about World Passports until today but I donâ€™t know if itâ€™s realistic. There are regulations for all individuals so it doesnâ€™t seem fair because it allows for loopholes and privileges. I think that Mos Def is expecting special treatment and using his celebrity status to mistreat our country. Weâ€™re just as strict as Europe, itâ€™s not â€œanything goesâ€ here. RossÂ Ranby, 28, musician
I think that World Passports would be more practical, but theyâ€™re not safe. I donâ€™t know why Mos Def thinks he can come and go as he pleases; if you donâ€™t have the documents youâ€™re supposed to have then you have to go. Iâ€™m actually impressed that we picked up on this. Rochelle Coetzee, 18, retail worker
I didnâ€™t know that World Passports were a thing. Theyâ€™re not safe because you canâ€™t just trust everyone. There are rules and regulations you must respect in life. It could even encourage drug-mules. Mos Def is being so shallow; this is just corruption.