Home Features “I will tell you everything” about the person behind Cyan Cinema (except...
WhatsApp
Facebook
Twitter
Email
Print 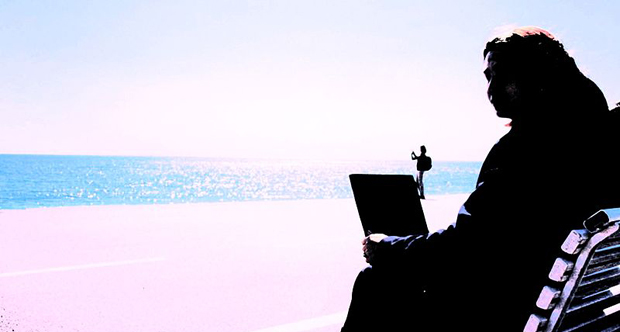 The salacious new blog I Will Tell You Everything has set tongues wagging and left readers eagerly awaiting the next chapter detailing the sordid and often shocking sexual antics of Cyan Cinema, a university student who has somehow stabbed her best friend in the back.

AAISHA DADI PATEL asked Cyan Cinema, an anonymous writer whose nom de plume is a thinly veiled reference to pornography,Â a few burning questions about the blog, her life, and why reading about other people’s sexual antics is so addictive.

First off who is Cyan Cinema?
Cyan Cinema is a channel. She allows me to use her persona to write things I wouldn’t usually attribute to myself. She’s smutty, irreverent and wicked. She’s the kind of girl you hide in the cupboard when your parents come home early (and who’ll rip through the seams of your clothes while she’s s in there), your slicker-than-the-average blue movie.

Are the events that you speak about on the blog real?
Well, as far as sex (or versions thereof) and complicated relationships are real, then yes. And no. Fiction is the embellishment of life. The best fantasy/sci-fi succeeds because at its core there is the element of plausibility. I have never been finger-fucked in a university library, but I’m certain there is someone on this planet who has. We all have secrets, and the truth is, none of them are unique or original to us. Most of us, to some extent, know of a Zaid or a cousin Hamza. As a writer, I take these scraps of what-ifs and stitch them up into a story.

Is Nabeela a real person? Is she with Jam?
Nabeelah is real to Cyan. She is still with Jam. Theirs is a simple, regular sort of love. They have two young children and minor in-law issues. They go on holidays to Dubai.

Would you say your demographic is the same readers as, say, Diary of a Guji Girl?
I don’t think so. I get the impression that most of those readers are out looking for some sort of morality tale – fire-and-brimstone justice (“Islam tells you this and you do that, and now Allah Paak is going to punish you so badly”). I don’t think divine retribution is that reductionist.

Faith is so grand; human beings are complicated. I was tired of blog stories where the characters were portrayed as just one kind of Muslim – Good Girl Goes Bad and Back Again. Surely there are other narratives? We get upset when Muslims are portrayed as a monolith in the media. Why then are we writing ourselves this way? My narrator’s actions are not conventional. If you were being judgey, you would say Astaghfirullah after reading each chapter and perform a ghusl to set your world right again.

If my characters had names like Jacques, Susan or Lerato, this blog would not even blip on the Muslim reader radar. It’s s because we view ourselves as always holding a moral high ground, that this kind of story creates ructions.

It is not my purpose as a writer to preach righteousness to the reader; they have to come to those judgments themselves. I write for readers who read widely, who appreciate a taut story and who expect the writer to respect their intelligence.

Do you think that as much scandal as you write about really happens on campuses?
Probably. Though I’m certain not everyone is there looking to go fuck-wild. When I was at campus yonks ago, we’d gossip about similar things, though the stories were probably far tamer. These days, it’s the high-school kids. We are a conservative society, and, putting on my preachy scarf here, if we don’t speak about sex and relationships to our kids openly, in a supportive way, they are going to find validation in things that will shock you.

Your chapter titles are all lines from songs. What significance do these lines have?
My narrative takes the form of an epistolary confession and is heavily reliant on the narrator’s recall of events. Sound, like smell, is a powerful memory trigger. We listen to songs and associate them with moments of heartbreak and triumph. The titles are a kind of code developed between the narrator and Nabeelah. She is seeking Nabeelah’s empathy, establishing their connection by using the lyrics to represent their shared history.

I overheard one of my elders and his jamaat crew (prayer group) talking about your blog. What do you make of that?
Now that surprises me, I didn’t think it would stretch out that far. What’s their reaction been like? Do I need to put my husband’s name on their 40-day [prayer] list as penance?

Why is debauchery so addictive to read about?
It’s generally safer being on the sidelines. We are all peeping toms and rubberneckers. It’s not necessarily schadenfreude, but there is a thrill in knowing how someone else is worse off; that, despite it all, we do not have it that bad. It’s confession-porn; a validation you receive from this message: “I am so fucked up and you are not. You win at life.”

It’s why I watch shows like Hoarding: Buried Alive or Toddlers & Tiaras, or read kak like Fifty Shades of Grey.

Human beings are vicarious and curious. We want to know how far the limits can be pushed, without risking it ourselves.

Tell me anything else you feel like.
I started writing this as a response to all the other blog stories circulating in my circles. I believe there is merit in all writing but some of those blogs were just too godawful for words.

It’s also a warm-up for my other writings, a place to be experimental with telling and characterisation.
Protected by anonymity, I am being deliberately provocative, but never gratuitous.

As a writer, my work from the first word is to manipulate the reader, not for selfish gain but as a service. The reader wants something to happen to them by the end of the story. Why else would you read a work of fiction, if not to be picked up and dropped off somewhere? I am making up this story as I go along.

To check out Cyan Cinema’s serialised fiction, go to I Will Tell You Everything.