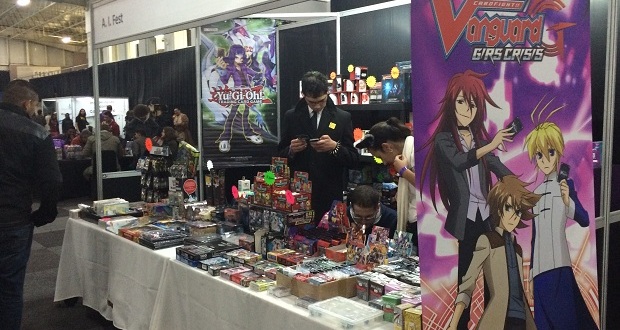 #ICON2016Â took place from 24-26 June at Midrandâ€™s Gallagher Estate. South Africaâ€™s longest running comic and games convention made some big changes, with a bigger venue, more attractions and just more stuff for con-goer to do. The Daily Vox spoke to some of those attending the convention and chatted to them about their talents and interests. â€œIâ€™ve always loved dressing up, and cosplay is an extension of that. Because I loved dressing up so much, I never knew it was a thing and when I was older I actually realised, people actually do this, itâ€™s not weird, Iâ€™m not this old little oddball who has this very strange hobby. Thatâ€™s what inspired me. I thought, other people do it, so why canâ€™t I do it. Cosplay is for me the ultimate expression of fan art. Some people draw their favourite characters; I like to dress up as them.â€ â€œMost of the times people tell you that, you canâ€™t cosplay a certain character because youâ€™re not the characterâ€™s skin tone, or youâ€™re not that characterâ€™s size. But the thing is that the characters themselves arenâ€™t perfect, so even though you cosplay that character, it doesnâ€™t mean youâ€™re trying to be exactly like them. Youâ€™re just showing how much you like that character. I keep hearing other people saying theyâ€™ve had negative experiences, but even if you have a negative experience thereâ€™s more positive feedback from the cosplay community.â€ â€œYou are in World of Warcraft, but you are really in World of Warcraft in real life – thatâ€™s how I would describe LARPing. Being in a computer game or a fantasy game, but in real life. You can be really creative with creating your character and creating your costuming, creating your weapons and then get out and use it. Itâ€™s not real sword fighting or real magic, itâ€™s just a lovely pastime to help you relax and get outdoors a little. Itâ€™s so nice to be at ICON to see people with the same interests as you, people dressing up, being their geeky selves.â€ â€œI have been at ICON since 2013, so this makes it the fourth time. I do a lot of portraits, caricatures and pinups. I saw an empty void and I tried to fill the void with pinups of African women. Iâ€™ll say that this ICON is not like the perfect place to expose them [the pinups]. I think the people that are coming to ICON are looking for superheroes artworks and the stuff they see on TV, but itâ€™s been good, itâ€™s not that bad.â€ â€œIâ€™ve always loved comics and Iâ€™ve always wanted to write comics. Itâ€™s essentially pretty hard to break into without having pre-existing comic works. So I spoke to a bunch of guys locally who were making comics independently and we put together an anthology series called Sector, which is where I write a series called Red Air. If people are out there who want to make comics, now is the time to just start. Figure out how to do it best, but just get it out there.â€