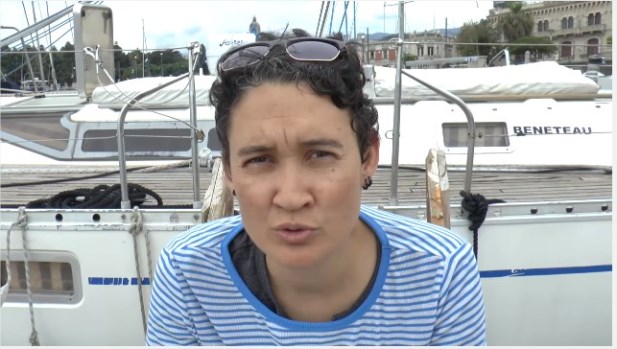 Israeli forces have intercepted the Freedom Flotilla Women’s Boat to Gaza, with South African academic, activist and beach volleyball Olympian Leigh-Ann Naidoo sending out a plea to South Africans to put pressure on the South African government to push for her and her fellow sailors’ release after their “kidnapping by Israeli offensive forces.” The Womenâ€™s Boat released a pre-recorded video on Wednesday afternoon, shortly after the boat was expected to reach the shores of Gaza.

Naidoo is one of the activists on board the boat that has set sail to Gaza with thirteen women on board to challenge the Israeli blockade on Gaza.

Since 2006, Israel has imposed a naval, air and land blockade on the Gaza Strip, which is the most populated piece of land on the planet. Previous Freedom Flotillas that have tried to access Gaza with the same intent carrying humanitarian aid, which Israeli authorities called contraband and turned away. As a result, this Women’s Boat did not take any aid with them. â€œThe only cargo we are carrying is nonviolence and hope. These should not be considered contraband by any nation,â€ they said.

A petition was started on Wednesday night, calling on the South African government to “urgently take steps to ensure the safety of all the women on this mission, including Leigh-Ann Naidoo”.

Ambassador @ArthurLenk, was Olympian, Academic, and member of #FeesMustFall Leigh-Anne Naidoo a threat to Israel?

In a statement, the Israeli Defence Force said Â that, â€œin accordance with government directives and after exhausting all diplomatic channels, the Israeli Navy redirected the vessel in order to prevent breach of the lawful maritime blockadeâ€.

Speaking toÂ Salaamedia, attorney Ziyaad Patel says that Israel’s diversion of the boat is illegal as the activists posed no threat to Israel and were not carrying humanitarian aid, and therefore were not breaking Israel’s naval blockade.

The boat has docked at the Israeli port of Ashdod and the 13 activists on board have been transferred to Israeli authorities for “further processing”, according to The Times of Israel.

Leigh-Ann has been keeping a diary since 22 September, which you can read by clicking on the links below.