Home Videos â€œIf I had an ordinary father, and an ordinary mother, then, I...
WhatsApp
Facebook
Twitter
Email
Print 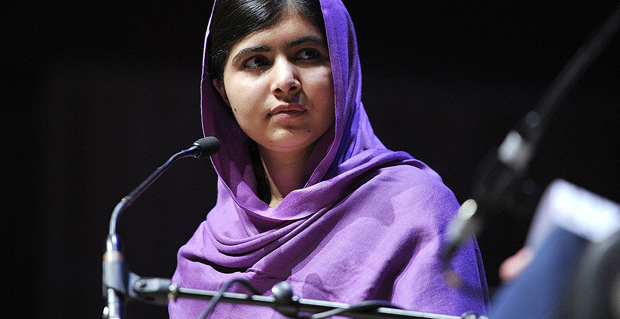 â€œI am still an ordinary girl. But if I had an ordinary father, and an ordinary mother, then, I would have two children now.â€ So says Malala Yousafzai in the new documentary film detailing her life.

Malala, 17, became the youngest ever person to win the Nobel Peace Prize last year, for her advocacy of childrenâ€™s rights to education.

This came just five years after she first wrote an anonymous diary for the BBC about her life under Taliban rule in north-west Pakistan. She was later shot in the head by militants for her belief that girls should go to school.

The documentary film details Malalaâ€™s life now and she shares her experiences as a regular teenager living in the US. She speaks about her naughty brothers, getting average grades, and even boys and her crush on tennis player Roger Federer.

She also speaks about how her extraordinary parents set her on her path to advocate for the rights of children.

Malala was named after a folk hero, who rallied against the British occupation of Afghanistan, and was later killed.

â€œYou named her after a girl, who spoke out and was killed… Itâ€™s almost as if you said â€˜Sheâ€™ll be differentâ€™â€œ, the filmmaker suggests to Malalaâ€™s father.

He Named Me Malala: The Story of Malala Yousafzai is set to be released in October this year.