Home As Told to â€œIf we don’t get rain in the next week, we are going...
WhatsApp
Facebook
Twitter
Email
Print 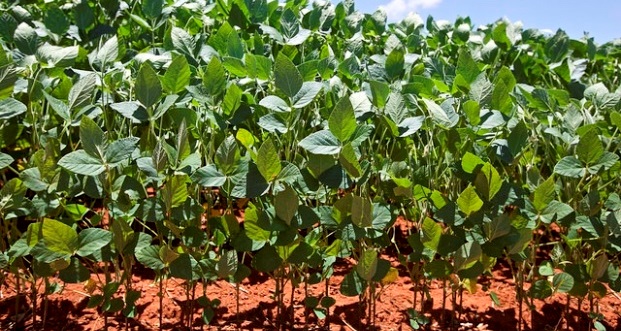 Aaisha Dadi Patel spoke to KARL LANDMAN, a Mpumalanga farmer, about how the drought is affecting his maize and soya bean crops as well as his cattle and sheep.

I farm maize and soya beans, and I also keep cattle and sheep on the farm. In Ermelo the impact may not be what it is in North West or Free State, but theÂ drought has really hit us. We are not going to harvest our usual yield for sure – overall, it will be at least 20% less than our average. In winter weâ€™re going to have a problem with the animals. We don’t know if we’re going to have enough feed for the sheep and cattle. Because of supply and demand, the sheep and cattle prices are much higher now.

With animals, the biggest issue is the water and the feed. The feed costs a lot more now – the sheep and cattle use a lot of soya beans and maize in their feed and it costs a lot more to feed them. I’m worried for the winter – it’s going to cost a lot to take them through. We usually sell our cattle young, at around seven months, to other farmers who fatten them up and send them to abattoirs. The sheep we feed ourselves and take to the abattoirs directly.

We’re getting very high prices for our animals at the moment. About a month ago, the market was very low because people in the Free State and North West who are very affected were sticking the market because their cattle and sheep were fine so they slaughtered them, rather than losing money. Right now there aren’t enough cattle and sheep being slaughtered though, so the prices are very high. I think in about a month or two – March/April – we’re going to get resistance from the market and people are going to say meat is too expensive, they can’t pay R200 per kg of mutton. Maybe they’re going to want to start buying fish – it’s less expensive and there’s no water shortage for them!

We’re facing a huge problem with the water. There’s no rivers to the farm, and for the house we use boreholes. The animals usually get their water from rainfall which we collect in our own dam. At the moment the dam is very low, but if it’s not raining it’ll be empty. We’re probably going to have to pump boreholes for the animals too throughout winter.

Soya beans are at a very critical state right now. We are very dry at the moment, and will have a very quick loss in the production. This is really big, as soya is used for multiple important purposes, and more people rely on them than you would think. They are used in all kinds of soyaÂ “meat” products from the beans – patties, mince – and also soya milk. They are also used in feeding mixtures for cattle and sheep. They are very rich sources of protein – the same as meat. They are small round beans, don’t grow very high, and get harvested the same way as wheat does.

There are a number of implications for reduced soya bean production. Besides the feeding of the animals, there is also biodiesel production that comes out of it as the beans are very rich in oil. Another big use is the way that it replaces meat consumption for humans. Soya in that way is not only useful for vegetarians, but also for people who may not be able to afford meat. Because it has the same protein content as meat does it is a very affordable substitute, and a shortage of it will definitely be felt.

If we don’t get rain in the next week, we are going to harvest half of our average for soya beans. We’ll have a bigger loss on the beans than on the maize at the moment. The maize is usually priced at around R2 000 per ton, but right now it’s at about R3, 500. For soya beans last year we used to charge around R5 000 a ton, now it’s R6 000-R6, 500 a ton. We are going to have a bigger loss on the soya beans at the moment.

We are lucky actually. We did have a lot of drought, but not as much as other parts. We are still going to harvest below our average though, but we’ll go on next year, luckily. We’ll have some trouble through the winter, feeding the cattle and sheep, but I think we will be able to get through it.