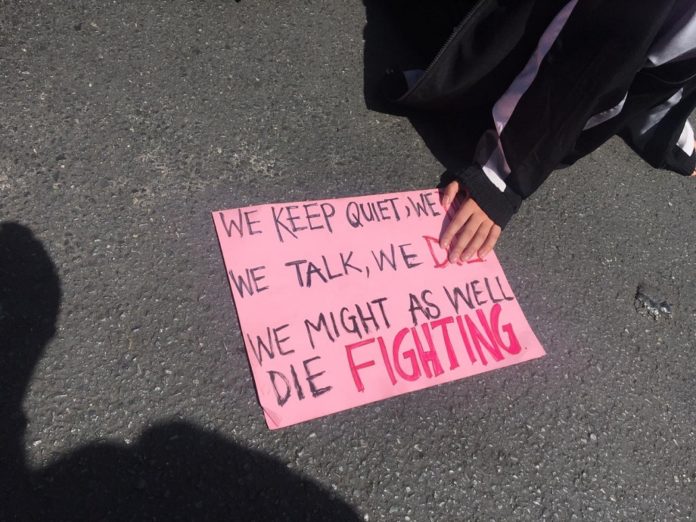 During the first three weeks of the Covid-19 lockdown, government statistics recorded more than 120 000 victims. Across all racial, class, and ethnic backgrounds one thing remains the same. For a woman in South Africa, it is next to impossible to evade the tsunami that is GBV.

In January 2021, Nampree – who prefers to be identified by her Twitter username – tweeted about being sexually assaulted by Euphonik and DJ Fresh. Nampree found herself being lambasted by both the accused and members of the public. Euphonik went as far as posting a since-deleted screenshot of a conversation allegedly with Nampree subjecting her to more violence from strangers on the internet. The Sunday World reported the story stating the accuser had apologised to the accused. This resulted in the Sunday World being reported for publishing the news without verification from Nampree. They have subsequently issued a statement of apology. Nampree laid official charges with the police but the National Prosecuting Authority (NPA) declined to prosecute due to insufficient evidence. It is every woman’s worst nightmare – to muster up the courage and be dismissed and ridiculed. In retaliation, DJ Fresh and Euphonik opened cases of crimen injuria against Nampree.

On the very last day of Women’s Month 2021, the NPA dismissed the case opened by Euphonik and DJ Fresh. According to Nampree, this was appealed and dismissed by the NPA twice.

Unfortunately, speaking up against men, especially powerful men, usually gets dismissed. These men went on with their lives and careers. It’s quite disconcerting that politicians and political parties who model themselves after African liberation heroes and their ideologies don’t always seem to understand their own values. It becomes apparent when using a video of DJ Fresh in a political birthday campaign is easier than following through on a feminist, anti-GBV manifesto. It is a shame and tragedy to feel as though feminism and queerness is just another chess piece in a political game.

Oftentimes women who are brave enough to speak up are told “why don’t you make a case?”. The reality is that many do, and nothing happens to the cases. Then the abuse gets worse. By the time many gather enough strength and support, the bruises have long since disappeared, so opening a case becomes a challenge. Without physical evidence or forensic evidence, many are afraid to even attempt a case.

In 2017, actress Alyssa Milano encouraged people to use the phrase #MeToo, which was coined by Tarana Burke if they had been abused. The response stunned the world. Millions of women around the world had one thing in common – they had all been abused. Women who do are ridiculed, blamed, questioned more than the accused, turned into pariahs, accused of lying, and silenced. The men are often allowed to disappear until the initial wave of news breaks before returning to their normal lives and careers.

All around the world, it doesn’t appear there are many benefits to calling out someone who has abused you.

Nampree’s fight is one for all women of South Africa and our allies. Her win is our win as it signals a small but significant change in South Africa and even in our justice system. The hope can only be a safer South Africa for all who are vulnerable. May this be a turning point for us to believe victims of abuse, for perpetrators to be held accountable and for justice to prevail.

Nadine Dirks is an intersectional feminist, writer and, advocate for Sexual Reproductive Health and Rights (SRHR). She is passionate about social justice, the LGBTQI+ community, Pan-Africanism, and gender-based violence awareness. She is also an author.