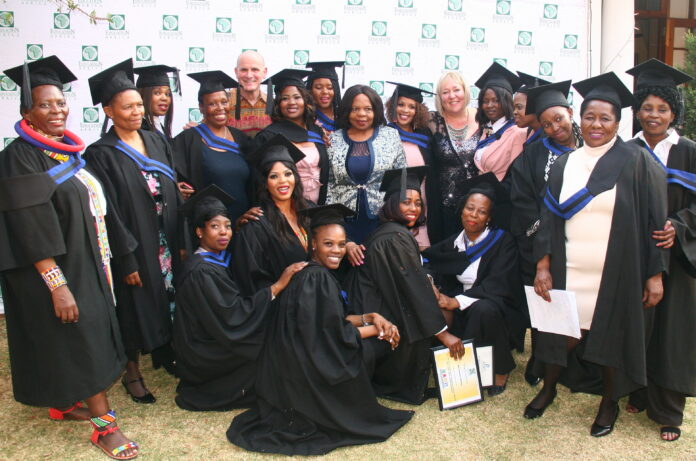 In 1992, James Urdang founded the NPO, Education Africa. It is an organisation that aims to “educate, equip, and empower disadvantaged South Africans to achieve a sustainable rise out of poverty”. In March 2022, the organisation celebrated 30 years of existence. The Daily Vox spoke to Urdang about the inspiration for the organisation and what the future holds.

What does it mean for your organisation to be celebrating 30 years?

It’s exciting to be officially 30 years old. We took our birthday as the date of the registration certificates, which was the 17th of March 1992. But I actually started working on the organisation back in 1989. So it’s been quite a journey. It’s been a journey of boom and bust and boom and bust but we are here today.

I think the most important thing is that we continue to make real change happen. By making real change happen, we have impacted many communities. This is the sort of work that brings excitement, makes you motivated every day and makes you get out of bed everyday. I am motivated today as I was 30 years ago.

On March 17 1992, founder and CEO, James Urdang formally registered Education Africa as a non-profit organisation, with the support of Walter Sisulu and Dr Aggrey Klaaste.

So can you tell me a little bit about why you decided to start the organisation and why are you passionate about education?

So going back, growing up during apartheid, we had family that was in self-imposed exile. I also knew about Mandela and the ANC, even though the information was restricted in our media. Growing up, I had educational challenges growing up. I started school in 1970 and had severe dyslexia and ADHD. I couldn’t read or write after my first year in school so I went to a special needs school, Crossroads. In those days, you were seen as having something wrong with you. So when I was growing up, I said I wanted to be extremely wealthy and I wanted to build a school.  I’ve never been wealthy but I built a school and built other schools and ran top programmes so I think all those dreams came true. So I’ve had those passions from when I was young.

Can you take me through some of those projects? And where did the ideas for each of the projects come from?

They all make me proud so like a parent, there’s no favouritism. They’re all very different. [Going back to my early education] I mainstreamed and went to St Stithians. After I left school, they started a school in the Lowveld which was based on a twinning program. They asked me to get involved because they needed some political support which I had from the late Walter Sisulu. He mentored me from 1991 until his passing.

I learned about this twinning of using good resourced schools to help under-resourced schools that were out of opportunities. During those days, I used to come on the SABC and someone from Vienna saw me on the program and said the city wanted to start a school or support a school in Soweto. So I went to tell Tata Sisulu and he said that Soweto had schools and resources and Orange Farm has none. “So why not build a school in Orange Farm?”

Long story short, we twinned ourselves with St. John who brought in the expertise and started the school in 1996. Today it has 1200 kids.  It goes from Grade R to matric. The school is a high performing school. It got 97% matric pass rate but this is usually 100%. It was probably affected by Covid. I actually came from the school this morning and we are taking it off the electrical grid. It’s going to be solar-powered.

It has also been about opportunities. I was approached by minister Sibusiso Bhengu in 1995 on the occasion of the United Nations 50th anniversary. He asked me to help with their Model UN programme where they were having difficulties choosing learners to go to the UN with Mandela. We got involved and revitalised the programme. It’s on ice at the moment due to COVID. However, the programme works on a formula of social cohesion and brings resourced and under resourced schools together to simulate a UN General Assembly debate.

We’ve gotten a lot of individual recognition. I think we perform better than our sport and we are consistent and we do the best in the world.

Along with the above-mentioned programmes, Education Africa also works on lowering barriers for promising learners in impoverished communities at Masibambane College. They have social cohesion and cultural enrichment opportunities through their Marimba Hubs. Education Africa has done extensive work with early childhood development programmes.

With all the achievements, there has no doubt been some challenges. What are those challenges?

I think with most non-profits unless you are a very big one, the issue is money. Then there is the inability to change and innovate. I think a lot of nonprofits have this problem. So in other words, we’ve changed and adapted programs over the years. If you’re going to stick with just one programme and you’re not willing to change, with or without money, you are going to collapse. All these things have to be taken into account. There is always adapting and following the needs. I think COVID has had a massive impact. We rely on live events and we are unable to run events which is a major part of our income.

But we are here and I am still energised.

As I’ve said I’ve loved the journey even with its difficulties. I appeal to anyone who has funding and wants to help a good project to please consider Education Africa. We need money to scale. We know how to do it and we make real change happen.