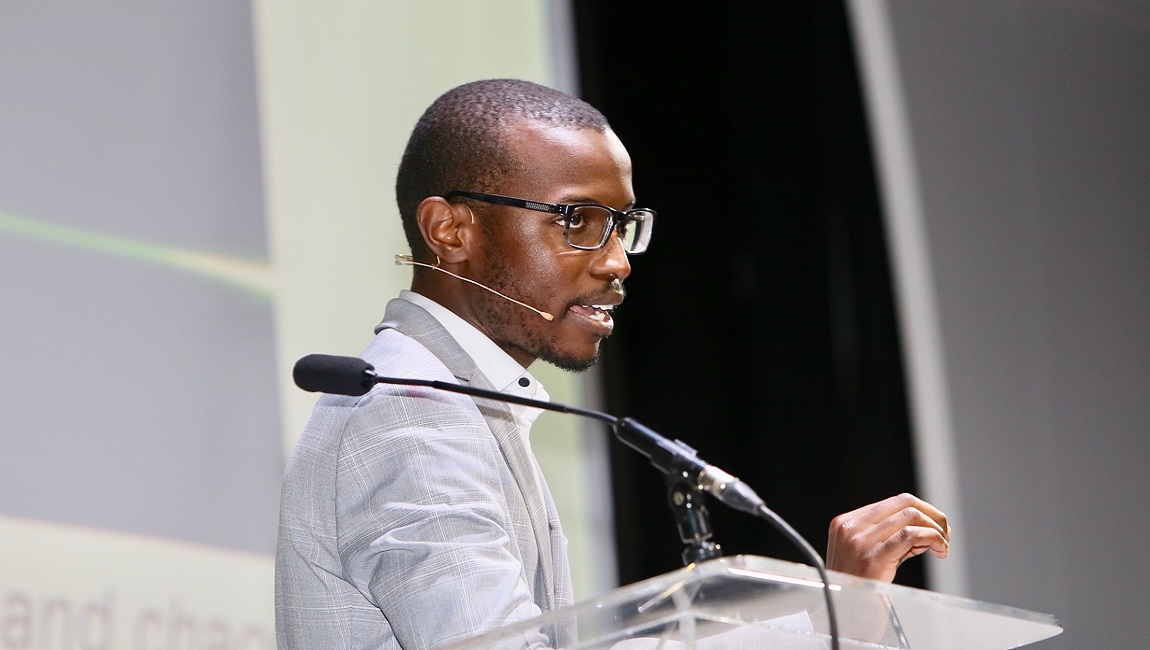 It’s always fascinating to see young people doing remarkable things. Dr Sandile Kubheka graduated medicine at the age of 20, becoming the youngest doctor to practise medicine in South Africa. The gifted Kubheka began his formal schooling at the tender age of five, began studying medicine at 15, and now practices medicine at Grey’s hospital in Pietermaritzburg. The Daily Vox sat down with the University of KwaZulu-Natal graduate on the sidelines of the Serious Social Investing Conference to chat about how he got to where he is, what he does in his downtime, and advice to young doctors.

Growing up, I used to base my actions on what everyone else was doing. When I was two-years-old, my sisters had these books that they were reading. It seemed interesting so I learned to read their books. My mom decided to take me to a nearby creche at the age of two. I graduated there at the age of four and then started grade one at the age of five. Learning is such an interesting thing. I learned from my siblings who were older than me because I wanted to do the same things that they were doing. At the age of ten, in grade six, I got 100% for all my subjects in the first term and so they promoted me to grade seven. I had never seen it done before, I was the first one to be promoted in my school at that time. That’s when I realised that I had to pave my own way to be happy with myself. This was important because I had previously lived my life according to what other people were doing.

When I got to high school, I had a lot of interest in computers so I initially wanted to do computer engineering. I remember I went to the nearest hospital and saw that people went there in pain and then when they left the hospital they were happy. I wanted to be part of that, it was exciting and motivating so I decided to go and do medicine with the back up plan to go into computer engineering.

At the age of 15, I started first-year medicine and it was the most important moment for me. I realised that there was nothing else I could have done except for medicine, I was in the right place. It might have been difficult but it was exciting to learn about different medical conditions and things that were happening from diseases to public health and everything in between. I didn’t realise I was going to graduate so quickly. I just thought I was going to work hard and be a good doctor and find a job like everybody else. When I graduated medicine at the age of 20 in 2013, everybody made it a big deal. I’ve been telling people it’s not a big deal. To me, it was normal, I was just paving my own way and doing my best to be a good doctor to provide quality healthcare. I’m so grateful to the people who supported me behind the scenes to be the person I am today.

At first, it was difficult for patients to trust me as their doctor being so young. Our society has been designed in a way that is one dimensional, to think a good doctor is someone who is mature, who is older. At the same time, I had to show them that someone who is young could change their lives and help them. I had to learn to behave in a certain way for people to trust and respect me and also had to respect them and focus on the doctor-patient relationship. I had to show them I had studied and make them understand that everybody goes through this process. You don’t wake up as a 40-year-old doctor. Besides, you can be a good doctor at 20 and a bad doctor at 40.

I have a special interest in critical care medicine and rural health. Currently I work in the intensive care unit (ICU) at Grey’s Hospital. I love working there. That’s the one place I feel at home in besides my actual home. People might think that’s strange but that’s me, that’s where I fit in. Even when I rotate to another unit, I miss it. I am currently working on further specialising in internal medicine and later critical care medicine.

In my downtime I love watching Survivor, it’s my favourite TV show. I’ve watched 36 seasons of the US version. It’s so interesting. It teaches you about the different types of people you meet in life and what they’d do in certain situations and under stress. Apart from that I spend time with my friends. Sometimes we go out but I’m not the type of person who likes nightlife. I like soccer, I’m a big fan of Manchester United and Kaizer Chiefs – even if they get relegated I’ll still be a fan. Obviously I have to read the latest medical journals as well, to stay updated on medical developments. I’m also a fan of medical conferences and courses to better myself.

One thing I want to tell young doctors is that when you get into the field, you might think it’s all glitz and glam. It’s not. It’s about working hard and knowing that you’re there for a reason – to help change the healthcare system in our country to better the people we treat. When you have to work long hours, understand that you signed up for this in your journey to bettering the society of the country. You are going there to change other people’s lives. Make sure your patients leave better than they arrived – and better yourself as well.

Dr Kubheka was a speaker at the Serious Social Investing Conference on May 29.