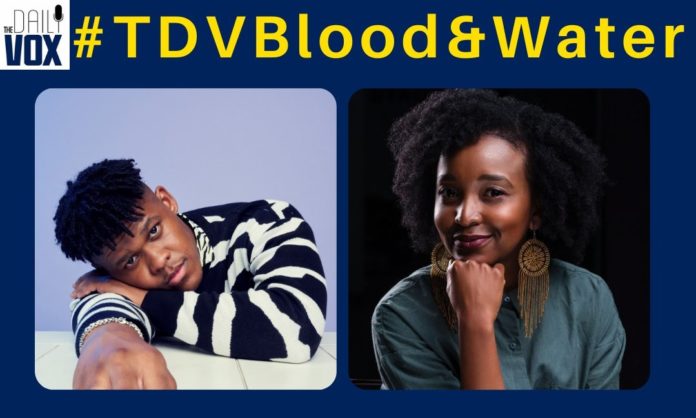 In preparation for the season two release of Netflix’s Blood & Water, The Daily Vox hosted the show’s cast and crew for a conversation. Nosipho Dumisa-Ngoasheng and Dillion Windvogel appeared on Instagram live on September 14. Here is a recap of the conversation.

Dumisa-Ngoasheng is a South African writer and director. She wrote and directed her first feature film, the crime thriller Nommer 37 (2014, in Afrikaans). She works with Gambit Films, which she co-founded. But most importantly for the live, she had directed and written for the hit Netflix series, Blood & Water.

Windvogel is a South African actor and dancer. He has appeared in Danz, Sara Se Geheim and  Bhai’s café. But recently, he is most popular for playing the role of the son of the Parkhurst Headmistress, Wade, in Blood & Water.

The second season of the Netflix original show is going to be coming out on Heritage Day September 24.