Home Accountability “In The Infrastructure And The Law, There Is Apartheid Towards The Palestinians”
WhatsApp
Facebook
Twitter
Email
Print 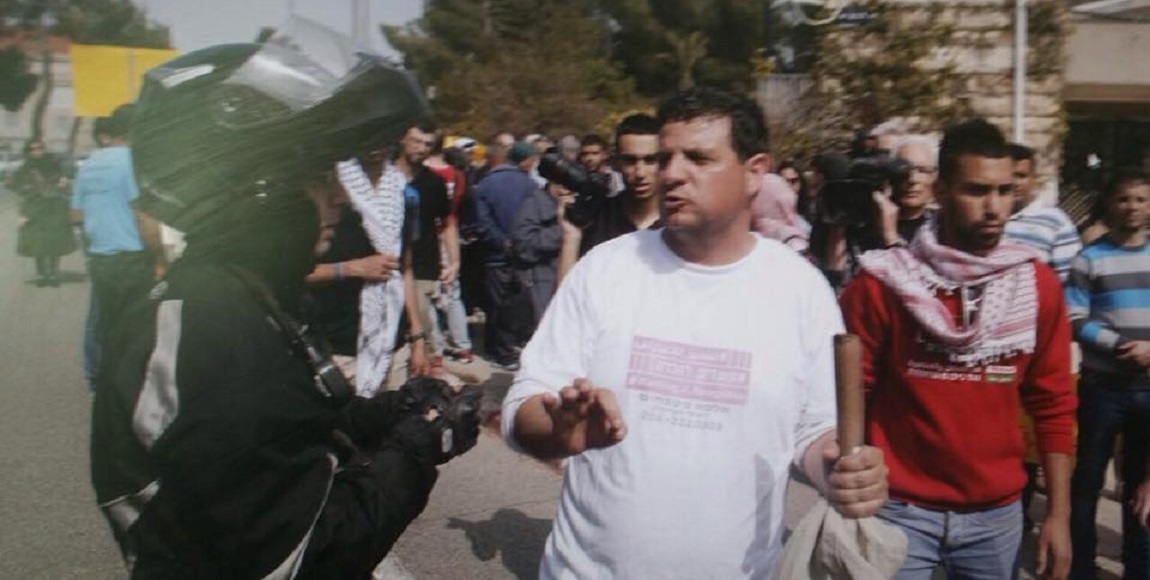 The year 2018 marks 70 years since the declaration of the state of Israel and the horrendous acts it committed to cement its territorial control. The Afro-Middle East Centre (AMEC) hosted two Israeli politicians, Ayman Odeh and Mustafa Abu Raiya, for a series of meetings and public events in South Africa. “We have come to spread our cause in South Africa because South Africa has experienced apartheid, it has a conscience, and we need its solidarity,” head of the Joint List party Ayman Odeh said in an interview with The Daily Vox. The Palestinian who is a citizen of Israel spoke to The Daily Vox about the coalition party and what it’s like to be a Palestinian living in Israel.

The Joint List is conclusive and representative of the Palestinians inside Israel and the liberal Jewish democratic movements. The Joint List contains four parties: the Communist Party, the National Party, Islamic Movement, and the Liberal Party. I am not from the Communist Party; this is a coalition. Al-Jabha Democratic Front For Peace and Equality is the central party in the alliance like the African National Congress (ANC) in the tripartite alliance. This is the first time all the parties ran together as a coalition and we became the third largest party in Israel with 13 seats in Parliament.

How much power do you have with 13 seats?

I want to draw a bigger picture of the political scene in Israeli politics. Itâ€™s the most extreme right-wing government in the history of Israel. This government will attack every left party and attack us as well.

I will give you a conclusive idea of how the right fights democracy. Netanyahuâ€™s government is trying to hijack the institute of the state. He appointed right-wing judges in the Supreme Court for example. Before not all media followed right-wing policy but now do – with the support of Netanyahu. There is some media sponsored by the right and even right-wing journalists in liberal newspapers. They try to ban or cut funds for every NGO that helps the Palestinians.

There is a thinker and professor, Zeev Sternhell, who wrote in Haaretz newspaper that Israel passed the fascist state and is nearing toward the beginning of Nazism. Itâ€™s a very dangerous statement to take, considering what the Jews suffered by the Nazis. I visited him to understand how did he get to this conclusion. He told me he compared the anti-Semitism in 1920s to the state of Israel these days attacking the Palestinian minority in Israel. They want to pass a law called the National Law. It says that Israel is a Jewish state and national rights are only for Jews. The most dangerous and scary part of this law is if all the existing laws in Israel will be under the national law – it will be the umbrella. If democracy clashes with the Judaism of the state, Judaism will take the upper hand and democracy will come second. In practice law this is true every day.

Can you explain what you mean when you say in practice, you live under the proposed â€˜Jewish state nationâ€™ law every day?

From 1948 till now, the government built 700 villages all for the Jews and none for the Arab population despite that we comprise 20% of the population. In Israel there are 961 towns or local councils that Arab-Palestinian Israeli citizens cannot enter. There is a committee that decides who can live there and who cannot. We Palestinians can live wherever we want in any neighbourhood in South Africa, but in our land we canâ€™t live in 961 towns.

In the south of Israel, there are 40 towns not recognised by Israel – they have no electricity, water, basic education, paved roads; there is no infrastructure. The kids and residents of the unrecognised towns look across to Jewish towns where there are lights and water in their animal farms. In the infrastructure and the law there is apartheid towards the Palestinian citizens. It is important to tell you two thirds of children in Israel that live under poverty are Arab children. We are victims but we know our rights. We are struggling to get our rights. We want to change our situation. The United Joint List united all parties representative of Palestinian population in a historic move. We want to be part of the political process. We want influence.

The most important thing is if we get legitimised as a group in the political process. I think the current prime minister Benjamin Netanyahu understands this equation because he was head of opposition when Yitzhak Rabin was the Prime Minister. Rabin didnâ€™t have majority in Parliament, he had only 56 seats out of 120. With our five seats, his government with us, he became the majority in Parliament. Netanyahu said this wasn’t a legitimised government because Rabin didnâ€™t have the majority of the Jewish vote. When Netanyahu ran against Shimon Peres in 1966 the gap between them was only 30 000 votes and when Netanyahu ran against Ehud Barak in 1999, Barak took 56% and Netanyahu 44% which means Netanyahu took the majority of Jewish vote but not of all the citizens. Netanyahu understands that if we the Arabs are part of the legitimised, itâ€™s difficult for him to build a coalition because he would have to convince at least 65% of the Jews to vote for him. If we are not legitimised, he only has to convince 51% of the Jews to build his government. I think we can understand why he changed the threshold. Our answer was to build the Joint List.

Some Palestinian people who live in occupied territories would say serving in the Israeli government is a normalisation of the state. What would you say to this?

We are against the normalisation of the state of Israel. We are against normalisation before the Palestinian people attain their full rights. First is the restoration of the Palestinian rights but we are citizens of Israel. And for a citizen in the state of Israel, I have daily challenges. As citizens we have to participate in the health system, the education system, which are institutions of the state. We talk about normalisation outside Israel – not when we talk about Palestinian citizens of Israel. As citizens we boycott three ministries: the defence ministry, the foreign ministry, and absorbing immigration ministry. They are against our national identity. It’s a big sacrifice and very patriotic because we are not guests in Israel, we are living here for 70 years. But if we boycott the health ministry it means we have no clinics and we will die.

The Joint List made headlines for its protest against US vice president Mike Penceâ€™s address to the Knesset in January. What was that all about?

We wanted to make a point that itâ€™s not only 129 countries that voted against Trump’s decision to recognise Jerusalem as Israelâ€™s capital. We wanted to point out the third biggest party in Israel, the Joint List, is against Trump as well. We wanted [to] increase the power of American people against Trump. Our protest against Pence was all over the media worldwide and succeeded in its message. It put Trump in a bad spot.

What do you think of Trumpâ€™s populist policy and what effect does it have on the situation in Israel/ Palestine?

This interview was edited for brevity and clarity.