Home As Told to In Their Own Words: Kea Monama on activism and racism at Model...
WhatsApp
Facebook
Twitter
Email
Print 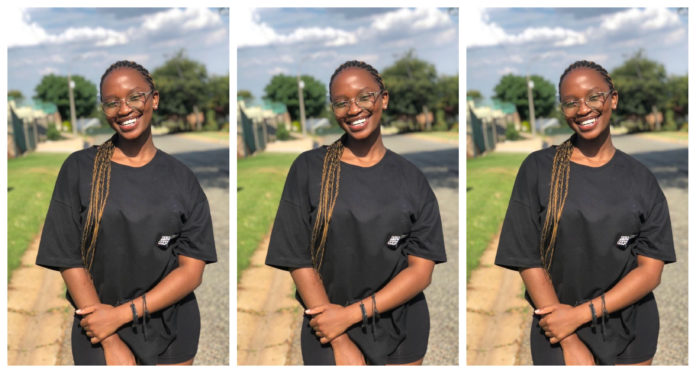 Puso Keamogetse Monama is 19-years-old. However, she mostly goes by Kea Monama because “it’s a lot easier.” She is a host on the Blacknificent Show which is a part of the Arise Black Child movement. Monama spoke to The Daily Vox about her activism journey and racial experiences at Pretoria High School for Girls. This is her story.

Tell us about yourself

My full name is Puso Keamogetse Monama but I go by Kea Monama because it’s a lot easier. I am 19 years old, and right now I’m working towards studying Law. I’m also a host on the Blacknificent Show that is a part of the Arise Black Child movement.

Arise Black Child is a youth-led black consciousness movement. The Blacknificent Show is one of many programmes that the movement is working on. One of the main aims of the show is to have the necessary uncomfortable conversations with everyday Black people. It is about engaging with the public and educating ourselves.

What type of activism work do you do?

The main focus of activism is racial injustice. Matters of racial oppression and bringing racists to justice are a priority to me.

How long have you been involved in this work?

Read more:  #StopRacismAtPretoriaGirlsHigh is just one example of the frustration of black learners in high school

RELATED: Black students are still a long, long way from being free at places like Pretoria Girls High

Unfortunately, I started my high school year at Pretoria High School during the racial injustice protests in 2016. I think it would be weird though to say I have some type of “resume”. I think activism is something that’s embedded in me. It really just is the simple stuff like standing up for people, especially when they can’t do so for themselves.

What has been your highlight?

My biggest personal activism highlight, though, would have to be the case I took on last year against the high school I attended.

I think living in this country has made me very tolerant of racists so I quickly blow them off when they try to assert some power over me. However, I was unable to ignore it when students brought it to my attention that they had been dealing with racism in the school for a while.

After doing my research, a few friends and I took it upon ourselves to address these issues on behalf of students and even staff to the management. The issues ranged from mainly racism but also nepotism. Just like any other racist authorities, they brushed me off. Coincidentally, an unidentified force caught wind of our efforts and took to social media.

The whole thing was blown out of proportion. The school blamed me for the social media blow up and that turned into a case of its own. I was suspended, they tried to get me arrested and overall it was a long game of threats and intimidation. The attention was removed from the actual matters of racism. I was painted as some rebel based on assumptions. The case was dissolved with the help of my lawyers and their far-fetched circumstantial “evidence”.

None of our concerns were investigated, no rules were amended and no changes were implemented.

RELATED: When schools are too private for cultural diversity

What is your hope for your activism regarding racial injustice?

I’d be happy when I see Black people unite and take a stand against racists. There’s a lot that Black people are working towards strategically to combat racism economically. However, there is very little focus on the social and psychological emancipation of our people. Furthermore, the day to day oppression and suppression of our people is often ignored.

When I see Black people have the confidence and strength to stand up not only for themselves but for their fellow people, that is when I may consider taking it slow.

RELATED: We need a better action plan to combat racism in schools