Home Beyond Fees Must Fall In their own words: NSFAS N+2 students speak out
WhatsApp
Facebook
Twitter
Email
Print 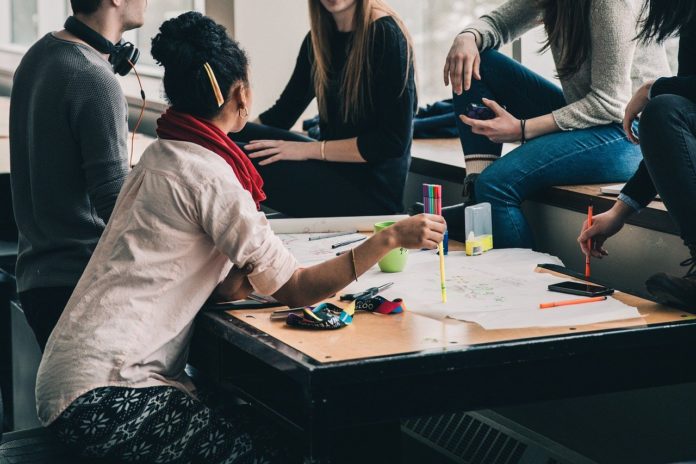 The National Student Financial Aid Scheme (NSFAS) N+2 rule states that students need to finish their degree in a certain number of years or funding will be revoked. Affected students say the rule is being applied inappropriately.

I am currently studying a logistics course. Last year – 2020 – was supposed to be my last year. I currently have two modules left. In 2016, I decided to go back to university and I applied for NSFAS at the end of 2016. 2017 was the first year I was ever funded by NSFAS. I was funded in 2017 and 2018. At the end of 2019, I received my results but there was no indication that there were any issues with my finances.

In January 2020, when I went to register I found out my funding wasn’t cleared so I couldn’t register because there were outstanding fees from 2019. I was told my funding ended in 2018 and the financial aid said it was due to the N+2 rule. My appeal was initially approved and then it disappeared from the NSFA portal. There was no help from the university or SRC. I don’t understand why NSFAS won’t let us complete our studies.

Last year I was doing the final year of a national diploma. This year I was supposed to register for a PGCE (Senior Phase and Further Education and Training Teaching) but I couldn’t register because I’m not funded by NSFAS. In March 2020, I noticed I wasn’t funded by NSFAS and when I communicated with them, they said I reached the N+2 rule. I was registered at an institution in the Eastern Cape and Western Cape and I dropped out because of financial difficulties in 2013.

In 2018 and 2019, I was funded by NSFAS and in 2020 I was told I reached the N+ rule. I appealed the rule and I was approved and received funding for 2020. When I applied for 2021, I was rejected for PGCE. I can’t apply for teaching with a national diploma – I need to do the PGCE to qualify for a job. I don’t have money for the registration fee. Most of the classes have already started and I can’t attend them.

I am doing my final year of a four-degree law degree. I’m currently not being funded by NSFAS. I am being affected by the N+ rule and it is causing me a lot of stress. I come from a disadvantaged background and my family won’t be able to pay for my fees. I’m currently at home because of COVID-19 and I pray the [restrictions continue] because I won’t be able to afford a room. The university and SRC have not been helping in any way. I sent appeals last year and this year but the appeals weren’t heard. I’d hoped the department can help us to scrap this N+ rule because I was only using NSFAS for two years – I registered in 2013 and came back in 2017 after gap years. I hope they only count the years you’ve been funded by NSFAS.

I am doing my final year of a national diploma in hospitality management. From 2014-2017, I started with an economics and management sciences course at UNISA and I was self-funded. In 2017, I wasn’t coping academically at UNISA. This was also the year I heard about NSFAS.  I applied for funding and started studying at DUT in 2018. After I failed one module in 2019 – due to some personal issues – they stopped funding me. In 2020, I had to repeat the one module that I failed but I didn’t have funding.

It was a very tough journey because it was COVID-19 and I didn’t have any accommodation or money. This N+2 rule has really affected me in the worst way. I had to ask my grandmother and aunt for money. NSFAS and the department should not consider the amount of years you have been studying where they have not been funding you. They should only consider the years which they funded you for. The N+2 rule should be amended and reviewed.

I am a third year LLB student. NSFAS rejected my application stating that I have an income greater and N-rule in 2019. I prepared an affidavit and my academic transcript from UNISA and appealed in January 2020. In March 2020, the university deregistered me despite all the assessments I had completed in January 2020. In June 2020, NSFAS informed me that my appeal was approved and that I could register. Nsfas paid all my allowances until December 2020. In March 2021, the university informed me that I was declined funding due to the N+2 rule. The university has only responded to me with information from NSFAS saying that I exceeded the N+2 rule. The university said my options are to deregister or accept the R43260 statement personally and settle it by August 2021. I stand the risk of being financially excluded.

This year I am affected by the N+2 rule. In 2004 until 2006 I was studying at Border Technikon which is now Walter Sisulu University. I had to drop out in 2007 because my father passed on. He was paying my tuition fees and he was our family’s breadwinner. I had to take over that responsibility. Then in 2018, I applied at the University of Fort Hare. I started studying there in 2019 and 2020 and was funded by NSFAS.

This year, NSFAS decided to exclude me because they said I exceeded the N+2 rule. I don’t understand why they excluded me when they didn’t fund me for those two years at Walter Sisulu. This situation is affecting me a lot. The university hasn’t said anything about assisting us with appeals. I am just asking NSFAS to fund me for this year so that I can be over and done with NSFAS. I really need to finish my degree so that next year I can find a job. This rule should be aborted with immediate effect.

Are you a student affected by the N+2 rule? Get in touch with us @thedailyvox or @fatimamoosa17.

The voxes have been edited for clarity and brevity.

Image by StockSnap from Pixabay