Home Reporters' Notebooks â€œIn this country, when I start my sentence with â€˜I am a...
WhatsApp
Facebook
Twitter
Email
Print 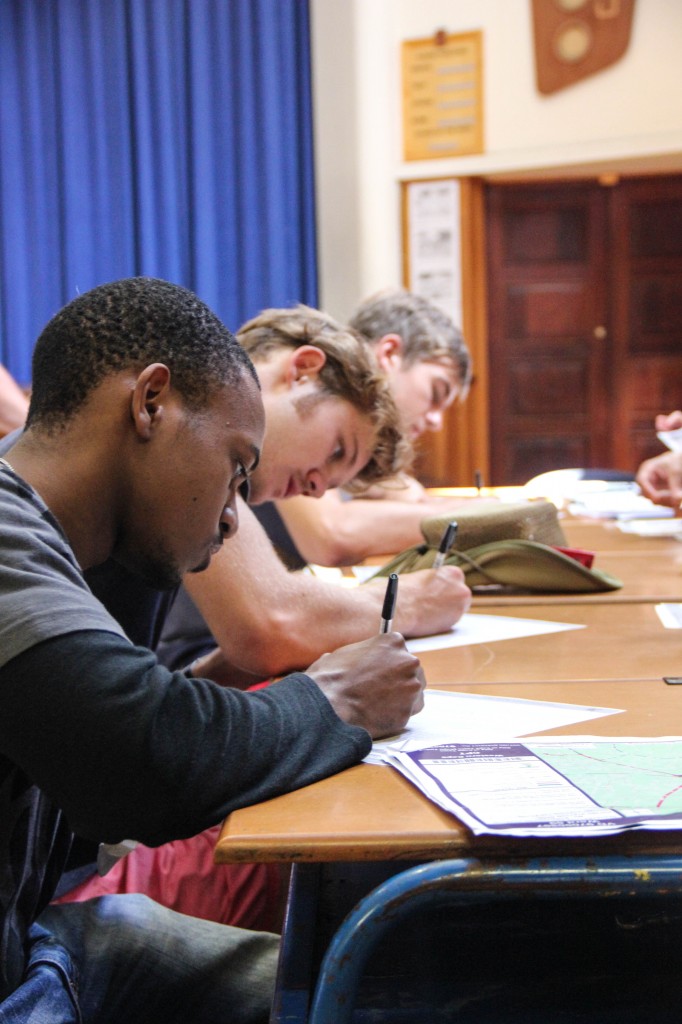 These are the words of Sunette Bridges, an artist and self-proclaimed human rights activist, during the live recording of the eNCAâ€™sÂ The Big DebateÂ episode onÂ racism. Although I have my own reservations about what Sunette stands for, her statement stayed with me.

I remembered her words as I was asking South Africans about their anticipation of President Jacob Zumaâ€™s State of the Nation address. The obvious reluctance by white people to discuss politics with me was jarring. Every white person I asked about the presidentâ€™s address refused to be recorded or to have their picture taken. Some were willing to speak to me, but only if I guaranteed them anonymity.

This was not the first time I found myself in such a situation; while covering election day earlier this year, young white South Africans who were voting at Wits University needed more persuading than those of other races.

The same thing happened last week, when I asked people about their thoughts on Julius Malemaâ€™s proposal that white people should learn an African language.

â€œWhite people will speak in private about delicate issues but arenâ€™t comfortable in public,â€ a young white man told me.

This is not an attempt to create some false sense of victimhood for white South Africans; it is an attempt to bring to the table a conversation that needs to take place in this country, one that we all seem to be afraid to bring up. Not every question is about race.

The manner in which discussions about â€œdelicate issuesâ€ take place in our country is strange.Â There seem to be no grey areas when it comes to our opinions on political issues; you are either for or against something.

There seems to be no space to be critical of a political party or politician and still support them in the same breath.

Our inability to be fluid in our discussions about these matters contributes to the racial tensions that we sometimes find ourselves in as a country. This issue is not a light one, and it would take more than a few reluctant white people to unpack. But space must be made to do just that.

We need to create a space where white people feel free to engage in dialogue about politics without the fear of being labelled as racist. Such a space will only exist when we stop seeing and talking about politics from a race perspective. Beyond white people and their fears;Â Â we need to deracialise our political views. Politics is broader than just race; there are other issues that supersede it (such as gender and class). Seeing people’s views only through a racial lens limits the quality of the debates that we engage in as South Africans.