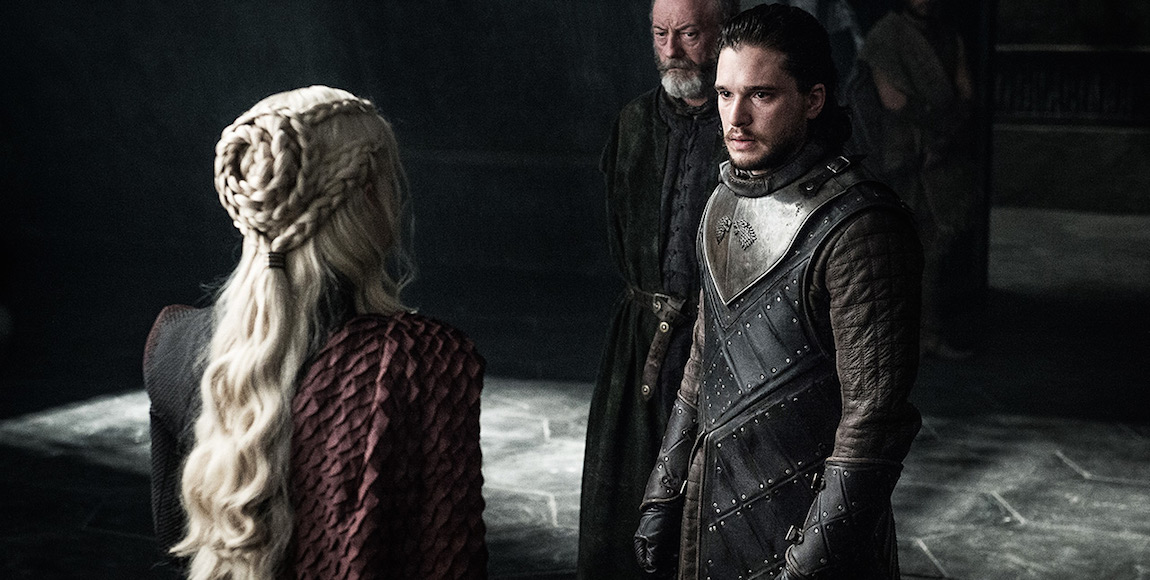 *spoilers for Game of Thrones season seven finale ahead*

So Daenerys Targaryen and Jon Snow finally got it on. All that romantic tension, handholding and knee-bending finally culminated in a steamy boat rendezvous. The storyâ€™s two chief protagonists consummated a romantic union, perfectly complementing their political one – it was beautiful. But it was also kind of gross. Jon and Danyâ€™s late-night affair unfolded as Branâ€™s narration reminded us how the couple were biologically related. We were watching incest take place, and while we wanted to ship them, we couldnâ€™t get away from the ick-factor.

But according to UCTâ€™s ethics professor Tom Angier, finding something â€œickyâ€ isnâ€™t a moral argument.

â€œFinding something distasteful is not the same as coming to a moral view about it. People have found interracial marriages â€˜ickyâ€™ in the past, but thatâ€™s a view grounded in prejudice, itâ€™s not a morally reasoned perspective,â€ he told the Daily Vox.

Angier, and other philosophers of ethics, have been thinking about the morality of love and incest long before Game of Thrones brought us Cersei and Jamie, and now Jon and Daenerys. So here are some of the key arguments against incest, and the ethical reasoning for when incest is immoral – and whether Dany and Jon are guilty of breaking these ethical standards.

1. Inbreeding results in a higher probability that children will be born with genetic disorders or mutations, potentially impeding a healthy quality of life.

Thereâ€™s overwhelming evidence to back this, and the reality is this isÂ likely why weâ€™ve developed such universally strong cultural, social and legal norms against marriages between blood relatives. But of course, incest does not equate to inbreeding if no baby results from it.

In the case of Jon and Dany, as it stands, Dany is believed to be infertile. Thus for the moment, Dany and Jon cannot be guilty of inbreeding because itâ€™s unclear whether they can reproduce at all.

But even if Dany was able to conceive a child, one might still object that the higher likelihood of their child being born with a genetic mutation is not a good enough reason to call it immoral. This is because the same reasoning would imply that it is immoral for people with genetic disabilities or mutations to have children at all, as those children would also have a higher likelihood of being born with some condition.

For example, Tyrion Lannister has dwarfism. Should Tyrion be deemed blameworthy and immoral for having children? Most would find the idea inhumane, oppressive and unethical. So if we believe Tyrion has just as much right to reproduce as anyone else, then, arguably at least, the same should follow for Dany and Jon.

2. Incest can create psychological harm within the family.

Angier points out that the reason incest was taboo in most cultures was because it effectively destroys the nature and forms of reliance that are present within families. In essence, sexual relations harmed many of the intimate bonds needed within families to allow them to operate in a healthy manner.

â€œIf you take the relationship between a parent and child, it seems pretty common sense to me to recognise that a sexual relationship will cause harm to the child,â€ he said.

Parenting, he said, was often a relationship in which theÂ parent gives altruistically to a large degree, while sexual relationships are reciprocal. Asymmetrical power dynamics between family members, combined with a sexual relationship, could also a play a part in possible abuse taking place, and this would be unethical.

But in Jon and Danyâ€™s case, they donâ€™t even know theyâ€™re related. They didnâ€™t grow up in a family unit and were total strangers not so long ago. In Danyâ€™s mind, all her family is dead. Jon believes he is a Stark. This concern would only make sense if Jon were romantically interested in a member of the Stark household, but with Dany there are no family bonds that could be harmed.

3. Different cultures come to different views on what degrees of relation are banned.

Angier said that across the world, people had different views on how closely people have to be related before it is considered incest. Some people donâ€™t consider relations between first cousins to be an issue, some believe itâ€™s only acceptable from second cousin onward, most would agree that immediate family is a definite no.

â€œI chose a very strong case earlier of parent and child, but the further you get away from that correlation, the more ambiguity and vagueness youâ€™re going to get in application,â€ Angier says.

Jon and Dany are aunt and nephew, even though they donâ€™t know it yet. Thatâ€™s probably an issue through most of Westeros. But with the Targaryens, thereâ€™s a long history of normalised incest, dating back to the very first generation to come to Westeros.

4. There are some corner cases where, even in real life, itâ€™s highly ambiguous to point out what harm was committed. Jon and Dany may be one of those.

In her course on â€œThe Ethics of Love and Sexâ€ at Princeton University, Professor Elizabeth Harman, posed a question to students on the moral wrongness of adult incest. We leave you with it to ponder whether Jon and Dany should be condemned or not.

Julie and Mark are brother and sister. They are traveling together in France on summer vacation from college. One night they are staying alone in a cabin near the beach. They decide that it would be interesting and fun if they tried making love. At the very least, it would be a new experience for each of them. Julie was already taking birth control pills, but Mark uses a condom too, just to be safe. They both enjoy making love, but they decide never to do it again. They keep that night as a special secret, which makes them feel even closer to each other.
Do Julie and Mark do something morally wrong? Make an argument to convince your reader of an answer to this question.