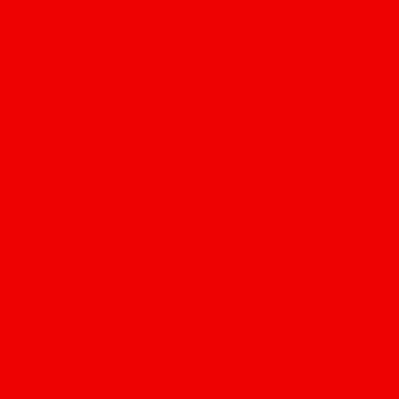 What is the current situation in Kashmir?

There is a grave escalation in Kashmir. Thousands of Indian troops have been deployed in the region which already reportedly has over a million troops. There is the internet and communications blackout. Political leaders and activists from Kashmir have been detained. People are being forced to stay in their homes with troops patrolling the streets. A campaign has been started to raise awareness and bring global attention to the situation. People are being encouraged to amplify what is going through the #RedForKashmir and #StandWithKashmir.

This is a special law which gives the mostly Muslim state of Kashmir significant autonomy from India. It exempts Jammu and Kashmir from the Indian constitution. The Indian Home Minister Amit Shah introduced the measure in parliament. He said the revoking of the article would become law after it was signed by the president. Earlier this year Indian citizens went to the polls to vote. The Bharatiya Janata Party (BJP) led by Prime Minister Narendra Modi for a second term. One of Modi’s election promises was to revoke the law.

Article 370 allows the occupied Indian state of Jammu and Kashmir its own constitution, a separate flag and independence over all matters. This independence does not extend to foreign affairs, defence and communications. This is why the Indian government could cut off all communications for people in Kashmir.

The former chief minister of the state, Mehbooba Mufti tweeted that the move by the Indian government effectively makes them an occupying force.

This is not the law which the Indian government wants to revoke. Then there is also Article 35A.

What is Article 35A?

“Article 35A of the Indian constitution allows the legislature of Indian-administered Kashmir to define the state’s “permanent residents” and what distinguishes them. It applies to all of Indian-administered Kashmir, including Jammu and Ladakh.” It was revoked by the government on Monday. It forbids Indians from outside the state from buying land and permanently settling in the area. This is something that the BJP has also long said they want to revoke. This article is part of the provisions allowed by Article 370. Many leaders of Kashmiri parties have been placed under house arrest with the revoking of these articles.

Who was evacuated from Kashmir?

Thousands of Indian citizens were evacuated from Friday by the Indian government. The Indian tourists and pilgrims were gathered in Kashmir for the 45-day annual Amarnath Yatra pilgrimage. Indian officials said they received intelligence there would attacks on the pilgrims. There was a deployment of 10 000 extra troops last week.

So why is Kashmir so disputed?

Examining why the area is so disputed traces back to the 1947 Partition of India into India and Pakistan. In the 1940s the British colonial powers in India released they needed to leave the region. It was no longer economically viable to be the colonial rulers of India. In order to make a quick exit from the area, they called upon a British lawyer to draw up borders for the region to speed up the so-called independence project.

In 1947, the partition of the sub-continent takes place with borders drawn to separate the land into Pakistan and India. At the same time the area of Kashmir which was mostly Muslim was ruled over by a Hindu Maharaja of Kashmir. After an independence movement started in Kashmir supported by the Pakistan army, the maharaja signed a treaty of accession with India. On the 5th August 1947 large parts of Kashmir was occupied by India.

From that point, many wars and conflicts have ranged in the area and for control over Kashmir. India controls the majority of the area while Pakistan controls the other part of Kashmir. In 1963 China defeated Indian for control for Aksai Chin and in 1963 Pakistan ceded the Trans-Karakoram Tract of Kashmir to China. India and Pakistan have been at conflict with each since 1947 with most of those tensions arising from the disputed Kashmir area.

The election of the BJP-government led by Modi in 2015 has furthered the tensions between Pakistan and India with Kashmir caught in between. There have been curfews put in place by the Indian government. Earlier in 2019, India and Pakistan engaged in a military confrontation across the border in Kashmir. This was due to the Pulwama suicide bomber attacks carried out against Indian security personnel reportedly by a Pakistani-based militant group. Pulwama is an area in Jammu and Kashmir where the attack took place. Airstrikes carried out by both countries in retaliation were centered around the Kashmir area.

The South Africa government is often mum on issues coming out of Kashmir. This is likely due to the close relationship between South Africa and India within the BRICS coalition. Many civil society and human rights organisations in South Africa have called on the government to condemn what is happening in Kashmir, to no avail. For the 2019 attacks the government condemned the Pulwama attacks and extended sympathy to the Indian government – ignoring the history of the region.

Ibrahim Vawda, researcher at the Media Review Network, told The Daily Vox that the South African government has never taken a position on the conflict in Kashmir – to his knowledge.

Vawda says the Indian government has stationed close to a million soldiers in the Kashmir area since 1948, leading to a resistance from the people of Kashmir. This resistance has been met with force by the Indian military says Vawda.

Vawda said people in South Africa can show their support for the people in Kashmir by holding protests and demonstrations and writing letters to the Indian consulate.