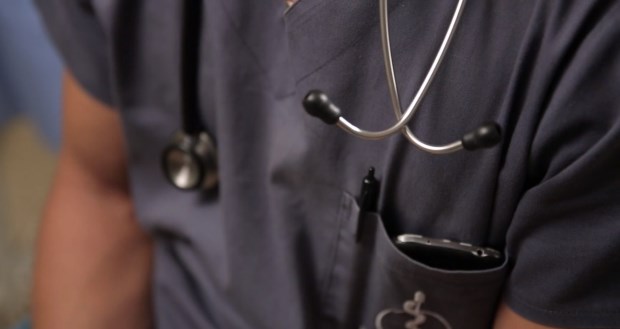 If you’re a doctor, or a patient, or you know someone who’s a doctor or who’s been a patient in a South African public hospital – you need to watch Doc-U-Mentally. Francois Wahl’s documentary follows five young, motivated South African doctors from different cultural backgrounds through a 30-hour shift at the same rural hospital in KwaZulu-Natal. Indira Govender reviews the documentary.

What unfolds is at times humorous, shocking and uplifting. The audience is pricked to feel the pressure these doctors work under as colour coded hours tick away through the shift. Certainly a lot has been said in the media about the state of South African public hospitals, enough to give one the sense that it’s all doom and gloom with only a few scattered individual sparks of light. A doctor’s work in a public hospital is often a glorified, gruelling assembly line that takes its toll and has sent many in search of greener pastures. But what makes this documentary unique is the intimacy the doctors share with the audience and their patients, dispensing jokes and care as they go along, in rather unforgiving circumstances. In the face of endless waiting lines of sick and injured patients; old and broken infrastructure; scarce resources and the risk of contracting HIV through a needle-stick injury, their ability to transcend their far from ideal work conditions and stay upbeat is remarkable.

It made me wonder if this was just the invincibility of youth speaking and whether it’s only a matter of time before they succumb to the abyss of apathy and dejection that many public service doctors seem to fall into. But on another level, this is a story of the “born-free” generation of South African doctors. Those that are free of the boundaries apartheid and its legacy imposed on the ones that came before them, the boundaries that shaped people’s capacity to respond to each other as humans. They are more relaxed and interested in learning, and their compassion is spontaneous. More importantly, they look comfortable on their chosen path and it’s truly inspiring to witness. No matter what your cynical political views may be, I doubt viewers won’t be moved by the ease with which these doctors navigate barriers. The public health system still has a long way to go before it can be truly free of past shackles and manage the outcomes of present socioeconomic problems that produce waves of death and disease on hospital doorsteps. But watching these doctors work is testimony to how far we’ve come as a country.

What’s also attractive about this documentary is the candid way in which each doctor reflects on their experience, something we’re not used to hearing for various reasons from state employees. The issue of doctors being desensitised to the trauma and disease we’re surrounded by everyday is raised. But I would argue that if public doctors were actually desensitised, we’d be cold and uncaring. Quite the opposite takes places in Doc-U-Mentally as, despite fatigue and hunger, the doctors persevere into the night and early hours of the morning, responding to each case as best they can, although with much less enthusiasm and energy towards the end of the shift.

Are they heroes? Do they love their job? Is this what it takes to survive being a doctor in the public sector? I’d say watch the documentary and make up your own mind. Are these the kind of people that we want working in our public clinics and hospitals? Most definitely YES!

So how do we prevent doctors from burning out, becoming disillusioned and throwing in the towel too early? For starters, bullying and abuse of junior doctors has to stop, and with it the denial that this abuse takes place. Dr Yumna Moosa’s YouTube videoÂ is shocking evidence of what’s going on and a good example of what is known as “gaslighting”. Look it up if you don’t know the meaning – someone might be gaslighting you or you could be doing it to others. Destructive behaviour like this in the workplace is perpetuated by racism, sexism and misogyny, and just because people are doctors doesn’t mean they can’t be pigs. So that too must end. The Voice Project toolbox is a starting point for doctors feeling helpless in unhealthy work spaces or needing advice on how to tackle difficult issues. Get to know your rights and take the first step by talking about it.

Next, support the campaign for Safe Working Hours and sign the petition to the Minister of Health. Because a doctor dying in a car accident due to fatigue after a marathon shift is a tragic, avoidable loss that extends beyond their immediate family to the community they served and the country as a whole. The 30-hour shift has successfully been reduced to 24 hours in the Western Cape but this needs to happen all over the country.

Senior doctors and management can show leadership by standing together with junior doctors on these issues because an injury to one is an injury to all. Lastly, most other challenges in the workplace can be better solved or overcome with a strong, positive team spirit because, as the doctors in Doc-U-Mentally show us, attitude is not a resource the government has to provide.

Author’s note: Doc-U-Mentally was first shown at a closed screening to staff and management at the hospital it was filmed in, ahead of media releases and film festivals. The film will be screened at the Jozi Film Festival on 17 and 18 September 2016. For more info contact Franscois@intersectionstudios.co.za.

Indira Govender is a medical doctor based in KwaZulu-Natal and she’s not into talking about herself. But if you want to chat, you can find her on FacebookÂ or Twitter. 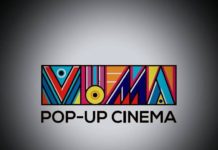