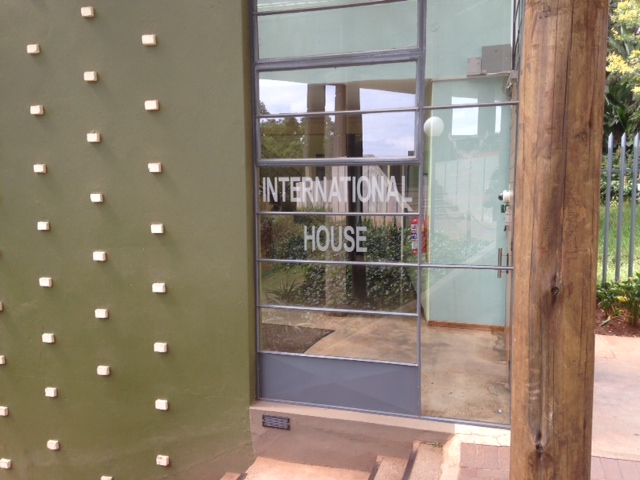 Xenophobic attacks have erupted throughout South Africa over the last few weeks. On Thursday, 16 April, a thousands-strong peace march was held in Durban calling for an end to the attacks, yet even that was marred by violence and disruptions. MUHAMMED ISMAIL BULBULIA spoke to African international students at Wits University to find out their perspectives, and if they are affected. Moel Moyo, electrical engineering honours,Â 23,Â Zimbabwe
The attacks and basis for the xenophobia is inhumane. Even though the perpetrators of those attacks have reasons for them, those reasons are actually just excuses â€“ totally unjust and unfair. Like the reason given of jobs being stolen: I believe that foreign individuals made use of the opportunities being presented to them, so the reasons are unfounded. Campus is safe, but the attacks have so far been mainly in Durban, so we have to see if theyâ€™ll spill over into Jo’burg*. There are certain places Iâ€™ll avoid by all means. Most of my foreign friends here are astounded by the attacks, and thereâ€™s a sense of feeling unwanted â€“ many of them just want to get their degrees and leave for other African countries, where they wonâ€™t be attacked just for being from a different place in Africa. Tabitha Tusingwire, third year accounting science, 19, Uganda
I am just so disappointed â€“ not in Africans, but in human beings on the whole. Everyone is a foreigner somewhere. Although I havenâ€™t experienced any personal intimidation or ill-will, I think that has to do with the fact that my friends are accepting of who I am; there is still a psychological fear that keeps me from feeling safe, on and off campus. There are some South Africans who would never dream of attacking their fellow Africans just because they are not from here â€“ and we pray that the rest of South Africans follow in that vein. Dimi Makamole Lelimo, fourth year medicine and vice chair of International House,Â 26, Lesotho
Itâ€™s a crime against humanity, plain and simple. Itâ€™s almost as if I feel betrayed by my fellow Africans. Right now I was supposed to go to Park Station but Iâ€™m wary of going there â€“ thereâ€™s this sense of unease about going anywhere alone. Although I havenâ€™t experienced any personal attacks on campus, we are going to have a meeting at International House to gauge how the foreign students are feeling, to address any issues and stop the fear from spreading. Maybe the way forward is education, which is why Wits feels safe: because people are educated here and can see beyond the surface of the attacks to their root cause. Tosin Akinoba, second year accounting science, 17, Nigeria
The violence is totally unreasonable and unjustified, and it makes me feel unsafe, even as a student. I donâ€™t know who may be entertaining these types of thoughts on campus â€“ itâ€™s almost like living in anticipation of something that might happen. I donâ€™t feel safe using public transport and we even have to ensure that a South African is part of our group when we go out. The sad thing is that the xenophobic attacks are isolating South Africa from the rest of Africa â€“ you donâ€™t see attacks like this against South Africans in other African countries. The main problem is that people are not educated and are just taking their frustrations out on the wrong people. I could understand racism in this country from those of different races, but xenophobia against Africans? Safiya Nuhu, PhD law,Â Nigeria
I just got back to South Africa [on Thursday] and I already feel unsafe, whether Iâ€™m at campus or not. Iâ€™ve received a lot of warnings from my Nigerian friends who say that at the first sign of violence they are ready to leave South Africa for good. They are not willing to sit back and be lynched. It is sad, on the whole, because South Africa attracts a lot of foreigners economically and foreigners have contributed economically to this country. There are also many different ways for the perpetrators of these attacks to vent their frustration, whether it is against the government or whoever, but there is no excuse for the disgusting violence that is occurring right now.

* These interviews were conducted on Friday, before the xenophobic violence in Jo’burg over the weekend.
– All images by Muhammed Ismail Bulbulia. Â