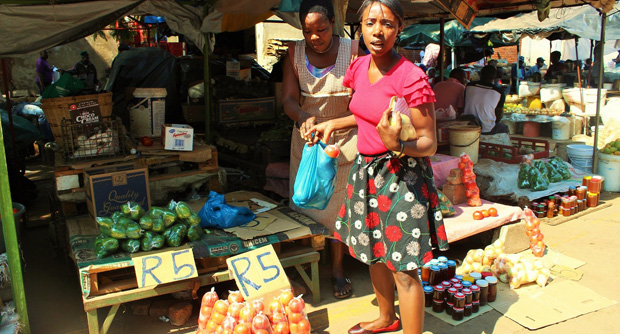 Since the collapse of the Zimbabwe dollar in 2009 due to spiralling, uncontrollable inflation, the country uses several foreign currencies in everyday trade â€“ mainly the US dollar and the South African rand â€“ but the physical lack of coins has created problems when it comes to giving change. To ease the country’s small-change shortages, special bond coins were recently introduced. ButÂ lollipops, bubblegum and rand coins are still the change of choice in Zimbabwe.Â TENDAI MARIMA chatted to some retailers to find out if the new coins are gaining popular currency.

Bulawayo, Zimbabwe: Last December, the Reserve Bank of Zimbabwe implemented a three-year, $50-million bond for special coins backed against the US dollar. Minted in South Africa, the first batch of shiny bronze, copper and silver coins, worth $2.5-million, are now in circulation. But more than month since its release, the new currency is still experiencing teething problems, offering little relief to the countryâ€™s small-change woes.

Fearing a return of the Zimbabwe dollar, the coins were initially met with resistance from street traders and commuter bus drivers, who refused to accept them. The coins are now slowly gaining acceptance, but beyond the main cities, reports suggest distribution still remains poor.

Gift Shiri, 27, a barman from Masvingo, a town 35km southwest of Harare, said although he had seen the new coins, he was doubtful of their availability in the surrounding rural areas. â€œWe have seen a few of them at work, but people can’t get them in Bikita and Zaka. I don’t think many people in the villages even know what they are,â€ said Shiri, via telephone.

In the capital, where the change shortage is the worst, Harare’s retailers had resorted to issuing sweets and paper vouchers as change, but even after the release of the special coins, the shortages continue and some shops are still issuing sweets as change. â€œWe don’t feel much difference â€“ weâ€™re still giving bubblegum and mints when we run out of coins,” said Tafadzwa Munemo, 24, a cashier in central Harare.

In Bulawayo, the second-largest city, some of the larger retailers complain that the banks are not supplying them with the new coins they need to use for change. Margaret Moyo, 44, a till operator at a local bakery told The Daily Vox of her experience.

â€œIn the beginning weâ€™d get many from people who want to use the bond coins first and keep the rand coins, but it seems people have accepted them now, so we donâ€™t get as many coins. The big shops also don’t seem to have much of the new change, they mostly have 1c and 10c or rand coins.”

Only valid in Zimbabwe, but equivalent in value to the US dollar, the new coins were intended to put an end to the â€œcross-rateâ€ conversion system from dollars to rands, which prejudices consumers. Although the rand currently officially trades at about $1: R11.45, the exchange rate determined onÂ the streets pegs the rand at $1: R12. However, when it comes to coins, an even rate of 1:10 is usedÂ so that,Â for change purposes, R1 is considered equal to 10 US cents.

Following the example of dollarised economies in Ecuador and East Timor, both of which use locally minted coins, the central bank hopes the new coins will eventually gain acceptance and restore confidence in the local economy. To make a real impact, the Reserve Bankâ€™s distribution system and awareness campaigns will have to improve significantly.

However, with bleak prospects for 2015, the change issue is only one of Zimbabweâ€™s many economic problem. It will take much more than a few million in small change to revive faith in the liquidity-afflicted economy. Tendai Marima is a freelance journalist and researcher based in Bulawayo. Follow her on Twitter at @i_amten.

– Featured image: Bulawayo city market, where vendors at first refused to accept the new bond coins,Â  but now take them as legal tender. By Tendai Marima.