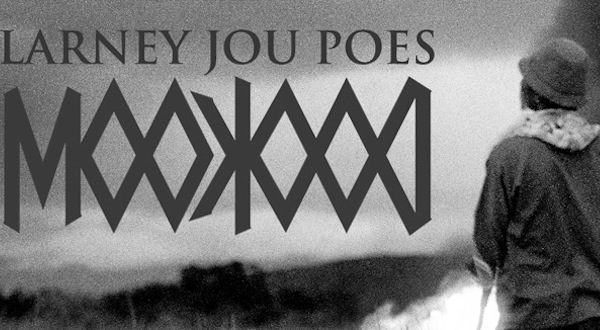 A rabble-rousing music video byÂ Cape Town hip hop group Dookoom is stirring up controversy concerningÂ farm owners. The title of the track â€œLarney Jou Poesâ€ is eyebrow-raising enough, but itâ€™s the songâ€™s subject matter and its video that has white farming lobbyists up in arms.

The track confronts the realities of land ownership and the exploitation of farmworkers in Cape Town. In the video, Dookoom frontman and long-time hip hop artist Isaac Mutant brazenly raps: â€œFarmer Abrahams had many farms/And many farms had Farmer Abrahams/I work on one of them and so would you/So letâ€™s go burn â€™em down.â€

The black and white video projects eery historical images of colonial farm owners onto Mutantâ€™s angry face, while snippets of farmworkers rising in mutiny, slashing the earth with spades, running with tyres around their necks, and vandalising whatever they can reach for is certainly unsettling.

Mutant told City Press that the song was inspired by the De Doornâ€™s farmworker strikes, which turned violent when farmers demanded a wage increase. His anger was personal, sparked by the experiences of his relatives who have worked on farms. But his music has been condemned as hate speech.

â€œFarm murders are a massive problem in South Africa, and to romanticise burning down a farm is ridiculous. We are considering laying charges of hate speech,â€ AfriForumâ€™s Ernst Roets told City Pressâ€™s Grethe Koen.

In the words of Dookoomâ€™s resident beat-spinner, DJÂ Roach, the track has one message: â€œFuck the bossâ€. But is showing the middle finger the same as inciting violence?

â€œWe want people to feel uncomfortable, like weâ€™re bringing it to your doorstep. Our anger is coming to your home. Itâ€™s not a threat of violence; itâ€™s an expression of frustration at the legacy of the system,â€ Mutant said.

Read the full story about Dookoomâ€™s hard-hitting music video and the backlash it provoked here.