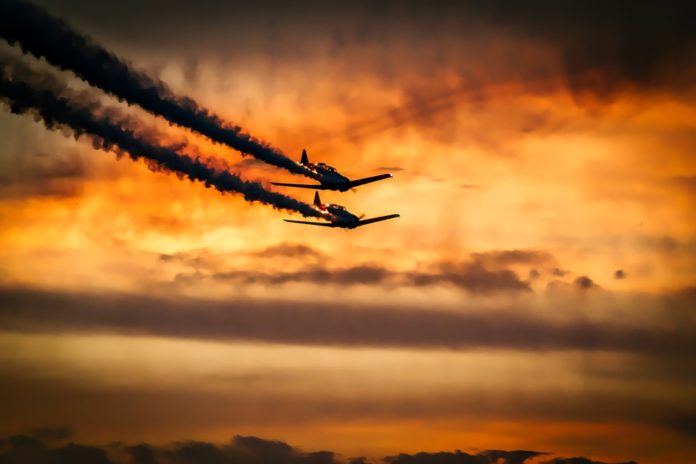 Greta Thunberg is currently sailing around the world. The 16-year-old climate change activist is heading from Sweden to the United Nations headquarters in New York. She is making the long journey across the Atlantic Ocean for the Climate Action Summit. Thunberg is traveling on a zero-emission sailing boat, powered by solar panels and underwater turbines. This is because Thunberg will not be flying anytime soon.

Gone are the days that it would take days and months to travel from one continent to another. Now in 2019, you could travel from one end of the world to another end-all in 24 hours. This convenience has made life so easy. Whether it’s for business or pleasure, air travel has truly made life easier, especially for those who can afford it. However, this convenience comes with a huge negative.

The carbon emissions from air travel make it really bad for the environment.

The cost of traveling

However, speaking to German media DW, Stefan Gössling, co-editor of Climate Change and Aviation: Issues, Challenges, and Solutions said: “The sector makes a contribution to global warming that is at least twice the effect of CO2 alone.” This means the overall contribution sits at 5% “at the minimum.”

This is because there are aviation emissions like nitrogen oxides, water vapour, and particulates which all have additional warming effects. This is not even considering the amount of plastic and other wastage from flights.

On the ATAG website, they say that from 2050 there are plans for net carbon emissions from international aviation to be capped through carbon-neutral growth. Additionally, by 2050 ATAG announced that “net aviation carbon emissions will be half of what they were in 2005.”

However, important to note is how many people use air travel comparative to the production of such high levels of carbon dioxide and other greenhouse gases.

The global aviation industry is supposedly the “first global transport industry to have a long-term plan to tackle its climate change impact.” However, this plan is not working as fast and efficiently as it should be to tackle the huge problem of climate change.

This plan is also on a global level but what are the actions being taken locally in South Africa to make air travel environmentally friendly.

Air Travel in SA: How much do South Africans fly?

More than 40 million passengers were processed through Airports Company SouthAfrica’s (ACSA) nine airports for the first time in the financial year to the end of March 2018. ACSA said that there was an increase of four percent in passengers from all nine airports.

In the 2017/2018 season, there was a reported 30% decrease in airport charges. The cheaper air travel has made flying much more attractive for South Africans. South African tourism has also been relaxing visa requirements for many countries. This helps our economy, but the cost to the environment is too high. This is particularly concerning when looking at South Africa’s carbon footprint.

South Africa is the world’s 14th largest emitter of greenhouse gases. This is mainly because the country relies on coal as the main supplier of energy. For a country with the geographical and population size of South Africa, this is quite a worrying number. South Africa might be taking steps to decrease its emissions but the aviation industry poses a huge problem.

According to the Department of Transport’s Green Transport Strategy, the aviation industry will be responsible for a projected five gigagrams of carbon emissions per year. This is projected to rise to nine by 2050. This is likely to grow due to an increased demand for passenger travel.

While airline companies and governments should be doing more fix these emissions, there is no underestimating the impact individuals have.

A good way to measure just how much of an impact air travel has on the environment is to use the World Wildlife Fund’s Carbon Footprint calculator. Adding in even one flight taken during the year will drastically increase one’s carbon footprint.

How is South Africa tackling the aviation industry?

The International Civil Aviation Organisation (ICAO) is a United Nations agency which deals with the administration of international aviation. South Africa is a member state and has consented to the implementation of certain policies for a more “secure, economically sustainable and environmentally responsible civil aviation sector.”

These policies are all to reduce carbon dioxide emissions. They include aircraft-related technology development, Alternative fuels, improved air traffic management, and infrastructure use, and airport improvements.

People are not going to stop flying. Whether it’s traveling for that important meeting or going on a holiday, air travel is an important mode of transport for many. However, the impacts of it on the planet cannot be ignored. That’s why environmental activists and scientists have come up with many ways that people can mitigate the harmful impacts of air travel.

If flying is unavoidable, there are ways to ensure the carbon emissions aren’t so bad. Make sure you only fly when absolutely necessary. If most of your flying is for pleasure then try and cut down on holidays to once or twice a year at most.

One of the ways is investing if carbon offset programmes. These allow “people to balance out their carbon footprints by investing in clean energy projects such as solar or wind farms.”

Or just be like Greta Thunberg and find other longer and slower forms of transport which is so much better for the environment.