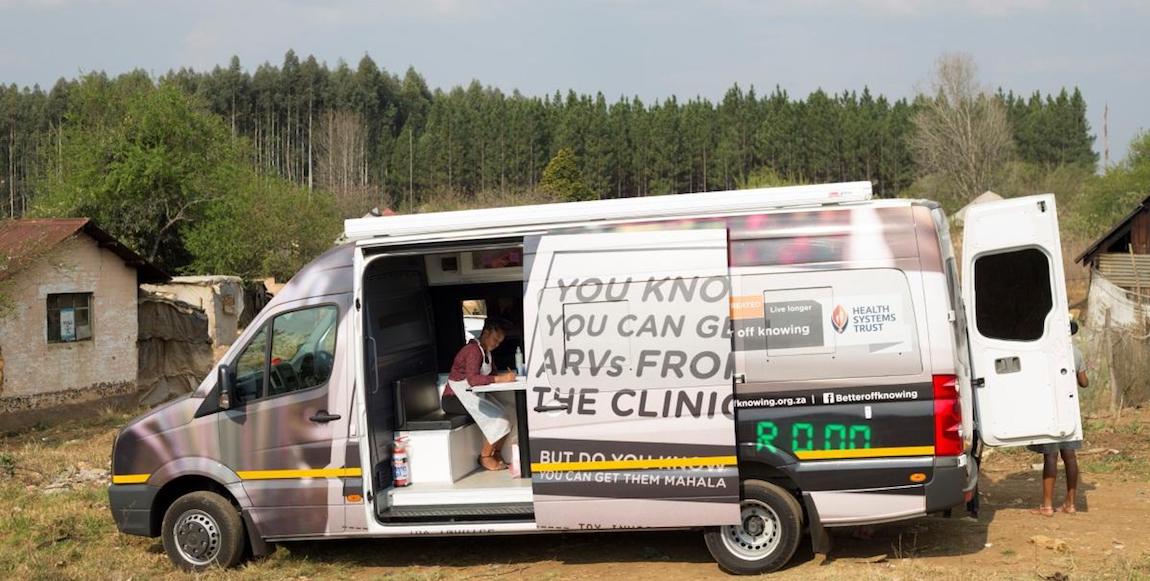 Why is HIV still the leading cause of death among girls aged 15 and 19 and how can we change this, asks Njabulo Mbanda.

It is not easy to shock South Africans, particularly in light of some of the more outrageous headlines we have encountered of late. But there is one statistic that makes everyone wince: each week, 2 300 girls and young women are infected with HIV in South Africa. The nearest comparator is Uganda with about 700 infections in this group per week. The perplexing question is, “Why?” After all, for the last two decades we have been flooded with messaging about abstinence, faithfulness and condom use.

Great strides have been made in destigmatising HIV, and most schoolchildren can explain the basics of HIV and Aids. So why is this knowledge and information not translating into behaviour change for HIV prevention? Why is it that HIV is the leading cause of death among girls between 15 and 19 years old in South Africa?

The answer lies in the complex cocktail of social, economic and cultural factors which compel efforts to curb the pandemic to change gear and scale up interventions. Adolescent girls and young women in South Africa face a toxic brew of inequality, unemployment and aggressive hyper-masculinity that creates massive levels of violence against women. For these young women, the impact of this combination is overwhelming and life-threatening.

Many are forced to engage in transactional sex to survive, while others fall victim to sexual coercion and violence.

With youth unemployment at 67% among under-25s and their dreams of a better life for themselves dwindling, many young women feel utterly hopeless about their futures. This despair often translates into a fatalistic approach to health, and to their vulnerability to HIV infection in particular.

Xolile Mkhize (19) lives in a small village in the middle of a forestry plantation. Her mother died 10 years ago and her father vanished, leaving her in the care of an aunt. The only way to leave the village is to walk several kilometres to the main road and wait for a taxi â€“ for those who can afford the fare.

â€œI didnâ€™t want to leave school in Grade nine, but I had a baby and the father of the child left me and switched his phone off. My goal was to become a doctor but there is no money for school.â€

She is now in a relationship with a man who beats her, but on whom she relies for emotional support and to fight the feelings of being alone and unwanted.

â€œActually, I need rehab because I drink too much. I think it is because I am stressed â€“ my boyfriend beats me too much. After beating me he locks me in the room because he doesnâ€™t want the elders to see my bruises. He always apologises and says he wonâ€™t do it again. Maybe one day he will kill me but I canâ€™t leave because I love him. He is the only one I can talk to about my problems.â€

There is literally nothing to do all day for those not employed in the forest, and many turn to “home-brew” to take some of the pain away.

Like many young women of her generation, Mkhize feels disposable, seeing herself as part of an underclass that no one cares about, and with little ability to give her daughter a future either. Many feel utterly cut off from mainstream society and the consumer goods they see advertised. Their desires are often heart-wrenchingly modest: another teenage girl told me she engages in transactional sex â€œbecause I also want nice things, like pads and leggingsâ€.

For the staff of Health Systems Trust (HST) who run mobile outreach clinics using the “test and treat” approach, there is no time to waste in reaching the goal of a 40% reduction in new infections among girls and young women by the end of 2017. Their aim is not merely to provide sexual and reproductive health services, but also to offer a glimmer of hope for young women.

â€œThis doesnâ€™t mean we exclude boys, but we realise that the girls really need more support and services,â€ explains nurse Nonhlanhla Mkhize (no relation). â€œOf course, the boys are part of the problem as many of them use girls to show off their â€˜manlinessâ€™ to their peers. So if a boy tells his friends, â€˜I want that girl,â€™ his friends will put pressure on him to prove that he can get her. If she refuses, he will insult her, beat her or even rape her on the way to school. We educate girls about their right to say ‘No,’ but sometimes the pressure is too much, especially for orphans or girls who donâ€™t have brothers to protect them.â€

Xolile had recently been reached by mobile clinics which offer testing and antiretroviral therapy initiation and link young women to other services, in “layered interventions”. This means that if a woman comes to the mobile unit for condoms or testing and counselling, the staff will screen her for issues such as sexual violence and arrange for her to be taken to a Thuthuzela Centre for specialised care. Staff who encounter orphans and vulnerable children will link them with social workers who ensure that they get social grants and are able to attend school.

â€œGirls need a more empowering environment and the courage to speak up for themselves but it is not easy,â€ says Nonhlanhla. â€œIt is important that they have access to youth-friendly services, so that they can be assisted by someone who understands them and their needs.â€

Njabulo Mbanda is from KwaNdengezi in KwaZulu Natal. She is Health Systems Trustâ€™s coordinator of programmes for orphans and vulnerable children, aiming to empower and give youth a voice and good health.